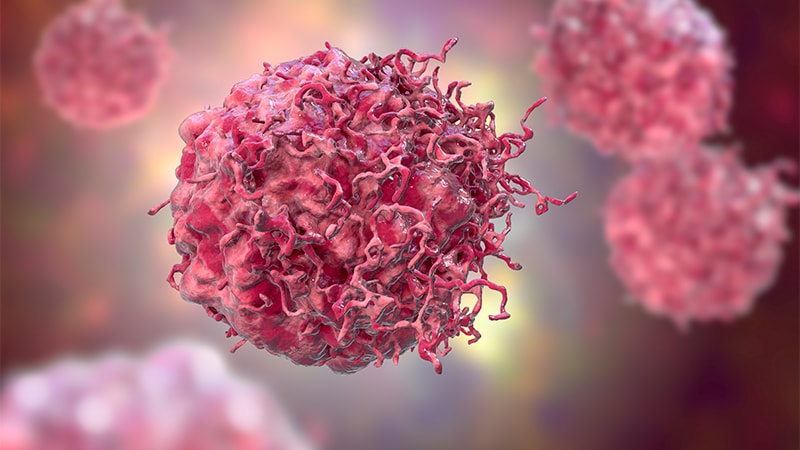 A new drug application for a first-in-class photodynamic (PDT) therapy for treating early-stage cutaneous T-cell lymphoma (CTCL) has been submitted to the Food and Drug Administration based on phase 3 findings published in JAMA Dermatology.

The treatment employs an ointment formulation of synthetic hypericin (HyBryte), a photosensitizer, that is preferentially absorbed into malignant cells and activated with visible light – rather than ultraviolet light – approximately 24 hours later. Investigators saw significant clinical responses in both patch and plaque type lesions and across races during the 24-week placebo-controlled, double-blinded, phase 3, randomized clinical trial.

Visible light in the yellow-red spectrum (500-650 nm) “penetrates deeper into the skin” and is nonmutagenic in vitro, so “theoretically it should have a much more favorable long-term safety profile,” said Kim, a dermatologist at the University of Pennsylvania, Philadelphia.

Currently, she said, the risk of secondary malignancies inherent with UV PDT, including melanoma, is a deterrent for some patients, especially “patients with really fair skin and a history of skin cancer.”

Hypericin PDT also seems well suited for use with an at-home light unit. “In our field, it’s not about which therapy is [universally] better or best, but a matter of what works best for each patient at that moment in time, depending on the side-effect profile and other issues such as access,” Kim said. “It will be great to have another option for an incurable disease that requires chronic management.”

Mycosis fungoides (MF)/CTCL is considered an orphan disease, and the treatment has received orphan drug and fast track designations from the FDA, and orphan designation from the European Medicines Agency, according to a press release from its developer, Soligenix. The company is anticipating potential approval in the second half of 2023 and is targeting early 2024 for a U.S. launch, the statement said.

The pivotal trial involved 169 patients at 39 academic and community-based U.S. medical centers and consisted of several 6-week cycles of twice-weekly treatment punctuated by 2-week breaks. In cycle 1, patients were randomized 2:1 to receive hypericin or placebo treatment of three index lesions. Cycle 2 involved the crossover of placebo patients to active treatment of index lesions, and cycle 3 (optional) involved open-label treatment of all desired lesions (index and nonindex).

The trial defined the primary endpoint in phase 1 as 50% or greater improvement in the modified Composite Assessment of Index Lesion Severity score – a tool that’s endorsed by U.S. and international MF/CTCL specialty group consensus guidelines. For cycles 2 and 3, open-label response rates were secondary endpoints. Responses were assessed after 2-week rest periods to allow for treatment-induced skin reactions to subside.

Response rates were similar in patch and plaque-type lesions and regardless of age, sex, race, stage IA versus IB, time since diagnosis, and number of prior therapies. Adverse events were primarily mild application-site skin reactions. No serious drug-related adverse events occurred, Kim said, and “we had a low drop-out rate overall.”

Into the Real World

The 24-week phase 3 trial duration is short, considering that “typically, phototherapy takes between 4 to 24 months [to achieve] full responses in CTCL,” Kim said in the interview.

So with real-world application, she said, “we’ll want to see where the overall response peaks with longer treatment, what the effects are of continuous treatment without any built-in breaks, and whether we will indeed see less skin cancer development in patients who are at higher risk of developing skin cancers from light treatment.”

Such questions will be explored as part of a new 4-year, 50-patient, open-label, multicenter study with the primary aim of investigating home-based hypericin PDT therapy in a supervised setting, said Kim, principal investigator of this study. Patients who are doing well after 6 weeks of twice-weekly therapy will be given at-home light units to continue therapy and achieve 1 year of treatment with no breaks. They will be monitored with video-based telemedicine.

“Long term, having a home unit should really improve patient access and compliance and hopefully effectiveness,” Kim said. Based on the phase 3 experience, “we think that continuous treatment will be well tolerated and that we may see greater responses.”

On Dec. 19, Solgenix announced that enrollment had begun in a phase 2a study of synthetic hypericin for treating patients with mild to moderate psoriasis.

Kim reported to JAMA Dermatology grants from Innate Pharma and Galderma; consulting/advisory fees from Almirall, Galderma, and Helsinn; and honoraria from Ology and UptoDate.