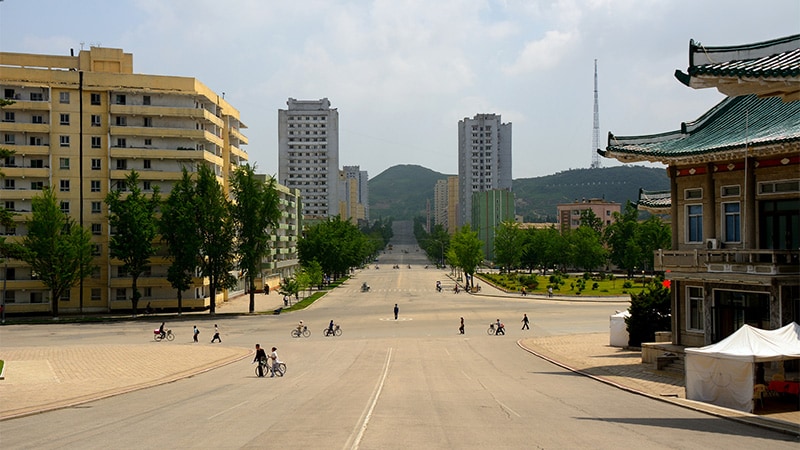 North Korean officials have reported a major outbreak of another infectious disease, which is affecting at least 800 families so far.

Medical crews and disease investigators were sent to Haeju City in South Hwanghae province for an “acute enteric epidemic,” which refers to a digestive illness. South Korean officials have said the outbreak may be cholera or typhoid, Reuters reported.

The new outbreak, which was first reported on Thursday, comes amid a wave of COVID-19 infections, chronic food shortages, and economic struggles.

U.S. and South Korean intelligence officials also said last week that the outbreak was announced as North Korea completed preparations for its seventh nuclear test, according to The Washington Post . New satellite images showed that work to upgrade a nuclear testing facility, which has been advancing during the past 4 months, appeared to be complete.

On Sunday, the state-run Korean Central News Agency provided details about prevention efforts for the new infectious disease outbreak, including quarantines, “intensive screening for all residents,” and special treatment and monitoring for vulnerable people such as children and older adults.

A national “Rapid Diagnosis and Treatment Team” is working with local health officials, the state news agency reported. Officials are taking measures to ensure that farming isn’t disrupted in the province, which is North Korea’s main agricultural region, the news agency said.

The team is also disinfecting sewage and other waste for the safety of drinking water and household water.

State media reported that medicines prepared by North Korean leader Kim Jong Un and others would be delivered to infected families in the province, according to CNN.

On Monday, officials in charge of the emergency epidemic response said on state television that digestive diseases could spread through infected people’s belongings, food, and drink, noting that strictly isolating patients is important to prevent the spread of the disease.

The officials noted several pathogens that may cause such diseases: cholera, typhoid, the polio virus, the hepatitis A virus, and dysentery bacillus.

Waterborne infectious diseases such as cholera and typhoid aren’t uncommon in North Korea, given the country’s poor health and sanitary conditions, the Post reported. The announcement of a new outbreak may be concerning but doesn’t necessarily mean a growing public health crisis.