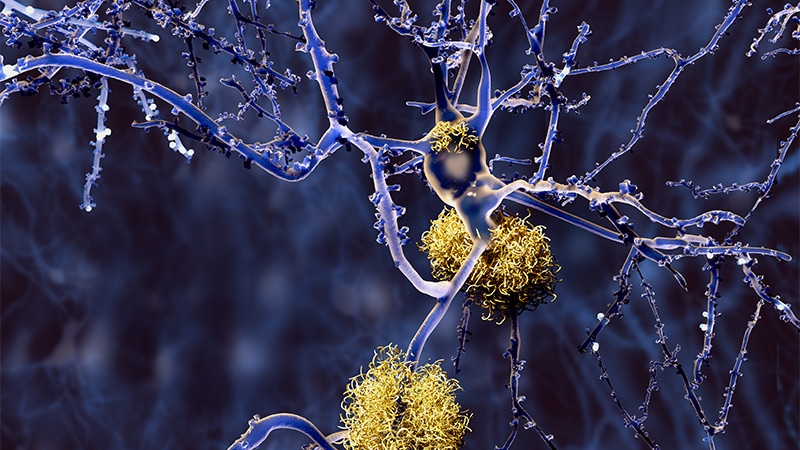 The investigational anti-amyloid monoclonal antibody gantenerumab (Genentech/Roche) showed no clear benefit for patients with early Alzheimer’s disease (AD) in the phase 3 GRADUATE I and II trials, the company has announced.

Although gantenerumab was well tolerated, including during subcutaneous administration, it failed to meet the primary endpoint of slowing clinical decline.

Still, the Alzheimer’s Association said in a statement that “the trials further illustrate the relationship between removal of beta-amyloid and reduction of clinical decline.

“Each anti-amyloid treatment is being tested in a different way and may act differently on the protein that is one of the hallmarks of Alzheimer’s,” the organization said.

“Research into their effectiveness and safety must continue. It is important to evaluate each new treatment independently,” it added.

The twin phase 3 studies evaluated the safety and efficacy of gantenerumab in comparison with placebo over 27 months for 1965 adults from 30 countries. All had mild cognitive impairment due to AD and mild AD dementia.

The active treatment led to a relative reduction in clinical decline of 8% in GRADUATE I and of 6% in GRADUATE II compared with placebo, as measured by change from baseline score on the Clinical Dementia Rating–Sum of Boxes at 116 weeks.

However, neither result was statistically significant, the manufacturer reported. It noted that the decrease in the level of beta-amyloid was lower than expected with gantenerumab.

The incidence of amyloid-related imaging abnormalities related to edema or effusion in the pooled gantenerumab arms was 25%. The vast majority were asymptomatic, and very few led to treatment discontinuation.

The company said the incidence of isolated imaging abnormalities related to hemosiderin was balanced across the gantenerumab and placebo arms, but it did not provide the percentages.

It plans to present topline data from the trials in a presentation scheduled for November 30 during the upcoming Clinical Trials on Alzheimer’s Disease conference.

“We know that current anti-amyloid approaches are not a cure, nor will they stop the disease on their own, but they are the first wave of effective treatments for Alzheimer’s, with more to come,” the Alzheimer’s Association said.

In a separate statement, the Alzheimer’s Drug Discovery Foundation (ADDF) said it remains “incredibly enthusiastic” about the current state of drug development for AD despite the negative results for gantenerumab.

“While this is discouraging news for the many patients and families living with Alzheimer’s, anti-amyloid therapies are just a starting point in new therapies for Alzheimer’s patients,” Howard Fillit, MD, co-founder and chief science officer at ADDF, said in the statement.

The positive results for another amyloid-clearing treatment, lecanemab (Eisai/Biogen), represent further proof that not all drugs that attack the same target are identical.

In July 2022, the US Food and Drug Administration accepted Eisai’s biologics license application for lecanemab under the accelerated approval pathway and granted priority review. The treatment has a prescription Drugs User Fee Act action date of January 6, 2023.

“The results we’ve seen from drugs in this class point to the urgent need to bring a range of amyloid and nonamyloid therapies to market to slow the course of Alzheimer’s disease,” said Fillit.

He noted that treatment of AD will require a multidrug approach. The AD drug pipeline is advancing a host of promising drugs that work against the many underlying causes of AD, which will allow for combination therapies and a personalized medicine approach.

“Successes and disappointments are an expected part of the scientific process, but we are unmistakably in a modern era of Alzheimer’s research, on the cusp of a new generation of therapies that will take a more holistic approach to treating the disease by targeting all of its underlying causes,” Fillit said.

“Years of relentless work by Alzheimer’s researchers has built the foundation to conduct more rigorous trials, allowing us to measure the effectiveness of new drugs more efficiently,” he added.