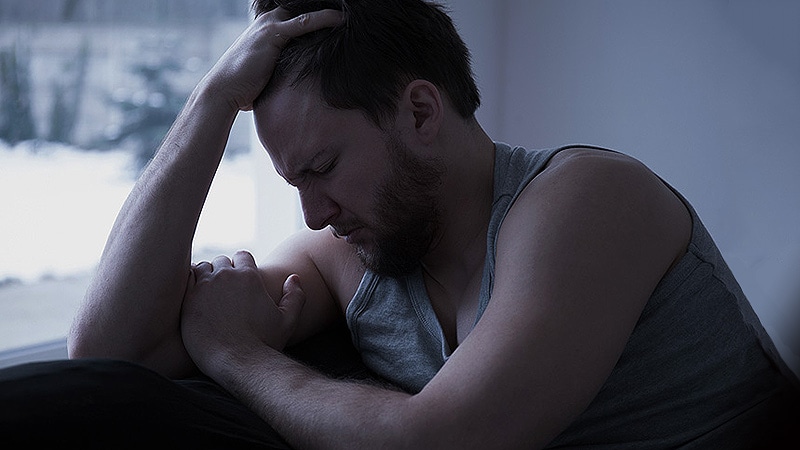 In a phase 3 trial that included more than 500 adult patients with MDD, those who received zuranolone for 14 days showed greater improvement at day 15 across numerous QoL outcomes compared to their counterparts in the placebo group.

“Based on these integrated analyses, the benefit of treatment with zuranolone may extend beyond reduction in depressive symptoms to include potential improvement in quality of life and overall health, as perceived by patients,” they add.

The findings were presented here at the Anxiety and Depression Association of America (ADAA) 2022.

Zuranolone represents the second entry in the new class of neuroactive steroid drugs, which modulate GABA-A receptor activity ― but it would be the first to have an oral formulation. Brexanolone, which was approved by the US Food and Drug Administration in 2019 for postpartum depression, is administered through continuous IV infusion over 60 hours.

As previously reported by Medscape Medical News, zuranolone improved depressive symptoms as early as day 3, achieving the primary endpoint of significantly greater reduction in scores on the 17-item Hamilton Rating Scale for Depression from baseline to day 15 vs placebo (P = .014).

Results showed that although the treatment and placebo groups had similar baseline SF-36v2 scores, those receiving zuranolone reported significantly greater improvements at day 15 in almost all of the assessment’s domains, including physical function (treatment difference, 0.8); general health (1.0); vitality (3.1); social functioning (1.1); and role-emotional symptoms (1.5; for all comparisons, P < .05). The only exceptions were in role-physical symptoms and bodily pain.

In measures that included physical function, bodily pain, and general health, the patients achieved improvements at day 15 that were consistent with normal levels, with the improvement in vitality considered clinically meaningful vs placebo.

In further analysis of integrated data from four zuranolone clinical trials in the NEST and LANDSCAPE programs for patients with MDD and postpartum depression, results showed similar improvements at day 15 for zuranolone in QoL and overall health across all of the SF-36v2 functioning and well-being domains (P < .05), with the exceptions of physical measure and bodily pain.

By day 42, all of the domains showed significantly greater improvement with zuranolone vs placebo (all, P < .05).

Among the strongest score improvements in the integrated trials were measures in social functioning, which improved from baseline scores of 29.66 to 42.82 on day 15 and to 43.59 on day 42.

“Across four completed placebo-controlled NEST and LANDSCAPE clinical trials, patient reports of functional health and well-being as assessed by the SF-36v2 indicated substantial impairment at baseline compared to the population norm,” the researchers report.

The improvements are especially important in light of the fact that in some patients with MDD, functional improvement is a top priority.

“Patients have often prioritized returning to their usual level of functioning over reduction in depressive symptoms, and functional recovery has been associated with better prognosis of depression,” the investigators write.

Zuranolone trials have shown that treatment-emergent adverse events (AEs) occur among about 60% of patients, vs about 44% with placebo. The most common AEs include somnolence, dizziness, headache, sedation, and diarrhea, with no increases in suicidal ideation or withdrawal.

The rates of severe AEs are low, and they are observed in only about 3% of patients, vs 1.1% with placebo, the researchers note.

Further, as opposed to serotonergic antidepressants such as SNRIs and SSRIs, zuranolone does not appear to have the undesirable side effects of decreased libido and sexual dysfunction, they add.

“We need more options to treat depression, especially ones with novel mechanisms of action and faster onset of efficacy, such as zuranolone,” said Cutler, who was not involved in the current study. However, he has co-authored other studies on zuranolone.

Regarding the study’s QoL outcomes, “while improvement in depressive symptoms is very important, what really matters to patients is improvement in function and quality of life,” Cutler noted.

Also commenting on the study, Jonathan E. Alpert, MD, PhD, chair of the Department of Psychiatry and Behavioral Sciences and professor of psychiatry, neuroscience, and pediatrics at Montefiore Medical Center, Albert Einstein College of Medicine, New York City, said the investigational drug could represent an important addition to the armamentarium for treating depression.

Alpert was not involved in the research and has no relationship with the drug’s development.

He noted that although there are modest differences between the patients who received zuranolone and those who received placebo in the trials, “this may have been related to high placebo response rates, which often complicate antidepressant trials.

“Further research is needed to determine whether differences between zuranolone and placebo are clinically meaningful, though the separation between drug and placebo on the primary endpoint, as well as some other measures, such as quality of life measures, is promising,” Alpert said.

However, he added that comparisons with other active antidepressants in terms of efficacy and tolerability remain to be seen.

“Given the large number of individuals with major depressive disorder who have incomplete response to or do not tolerate monoaminergic antidepressants, the development of agents that leverage novel non-monoaminergic mechanisms is important,” Alpert concluded.