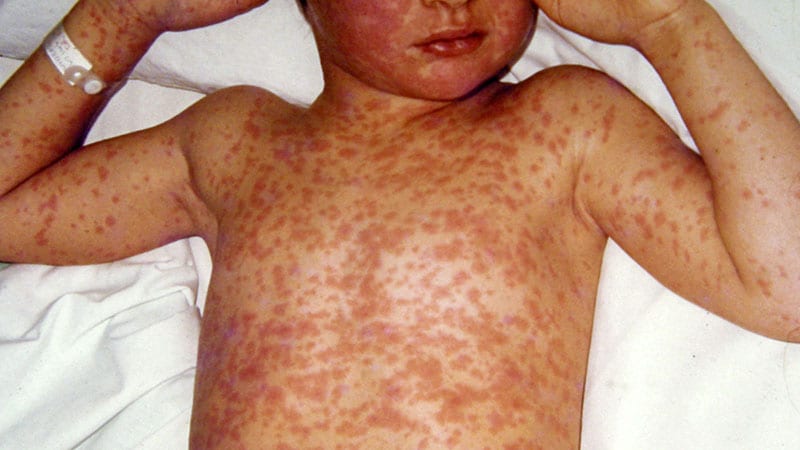 Measles has sickened 59 children in an outbreak that began in November and now spans four Ohio counties.

None of the children had been fully vaccinated against measles, and 23 of them have been hospitalized, local officials report.

Nearly all of the infected children are under age 5, with 12 of them being under 1 year old.

“Many children are hospitalized for dehydration,” Newman told CNN in an email. “Other serious complications also can include pneumonia and neurological conditions such as encephalitis. There’s no way of knowing which children will become so sick they have to be hospitalized. The safest way to protect children from measles is to make sure they are vaccinated with MMR.”

Of the 59 infected children, 56 were unvaccinated and three had been partially vaccinated. The MMR (measles, mumps and rubella) vaccine is recommended for children beginning at 12 months old, according to the CDC and American Academy of Pediatrics. Two doses are needed to be considered fully vaccinated, and the second dose is usually given between 4 and 6 years old.

Measles “is one of the most infectious agents known to man,” the academy says.

It is so contagious that if one person has it, up to 9 out of 10 people around that person will also become infected if they are not protected, the CDC explains. Measles infection causes a rash and a fever that can spike beyond 104 F. Sometimes, the illness can lead to brain swelling, brain damage, or death.

Last month, the World Health Organization and CDC warned that 40 million children worldwide missed their measles vaccinations in 2021, partly due to pandemic disruptions. The American Academy of Pediatrics also notes that many parents choose not to vaccinate their children due to misinformation.

Infants are at heightened risk because they are too young to be vaccinated.

The academy offers these tips for protecting unvaccinated infants during a measles outbreak:

CNN: “Measles outbreak in central Ohio grows to more than 50 children, driven by ‘lack of vaccination.'”