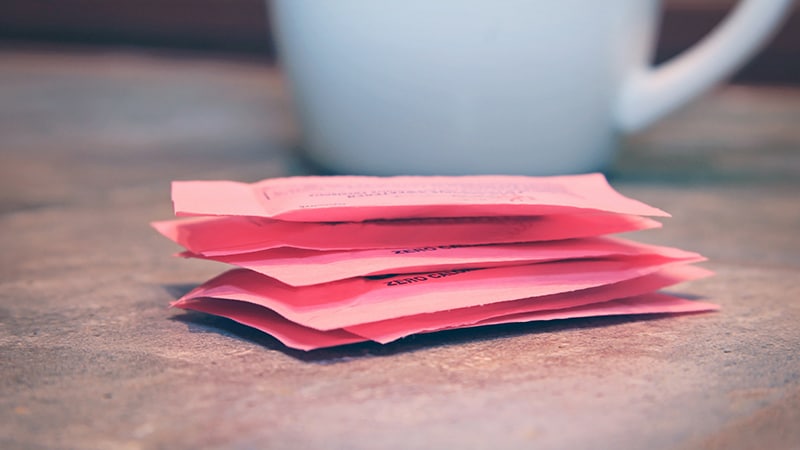 When Cherie Russell’s husband brought home a bottle of jarred marinara sauce from the grocery story with a label advertising less sugar, he thought he had made a healthy choice.

Russell says she’s worried about how safe it is to consume too many sugar alternatives. A recent study of more than 100,000 people published in the British Medical Journal showed an link between artificial sweetener and heart disease and stroke.

Russell realized that policymakers often focus on a specific aspect of a food, such as its fat, sugar, or calorie count, rather than on its sweetness or nutritional value overall.

Like Russell and her husband in Australia, many Americans are trying to consume less sugar for health reasons. ––Purchases of foods and beverages with added sugars declined in many households, according to a 2020 study in the Journal of the Academy of Dietetics and Nutrition .

Russell had read the reports that some segments of the population were moving away from sugar-sweetened beverages, but she wanted to know about their whole diet, not just drinks. What’s more, she wanted to know whether consumers were eating fewer sweet foods overall or were replacing sugar with other sweeteners.

Measuring how much sugar a food contains and how much of it is sold in various parts of the world is relatively straightforward. Measuring how sweet a food is without relying on its sugar count is much more difficult. Take tonic water – it often contains as much sugar as juice or regular soda – but the presence of bitter quinine can mask the sweetness.

“Our food supply is getting sweeter, which is hugely concerning,” Russell says. “Even if we are consuming less added sugars, the food we’re consuming is still sweeter than it used to be a decade ago.”

That matters, she points out, both due to ongoing concerns about the safety and benefit of many low- and no-calorie sugar alternatives and how overly sweet foods may be training future generations for a penchant for sugar.

There is an important biological reason we crave sweet things that helped people survive in times when food wasn’t readily available. Sweet foods usually have more calories in them, and the body needs calories to function. But in our modern food system, it is probably easier to name items without added sugar because most everything else has sugar or sweeteners. Vegetables have small amounts of natural sugars. And other options like fruit, milk and honey have higher amounts of natural sugars.

From the age of two, an American child is reportedly more likely to consume a sugar-sweetened product than a fruit or vegetable on any given day. It is a troubling statistic, report researchers who suggest that food preferences are established early in childhood and there is a strong link between dietary habits and the risk of developing chronic illnesses.

Links between early-life sugar consumption and adult intake are less clear. “The data are very messy, but there’s no clear association between intake of sweet foods and the development of a sweet food preference,” says Kelly Higgins, a dietitian at the U.S. Department of Agriculture.

She is currently planning a clinical trial to see whether switching to low-calorie sweeteners will alter someone’s sugar preferences long-term.

Replacing Fat and Cholesterol With Sugar

Several decades ago, as nutrition studies raised concerns about the fat and cholesterol in the modern diet, food manufacturers responded. Heeding consumer demand, they replaced saturated fats with sugars and trans-fats to be able to affix labels that said, “Low in fat and low in saturated fats” on packaging.

From a marketing standpoint, the strategy was a success. From a nutritional standpoint, however, it was a major failure. Subsequent studies showed that the health consequences of saturated fats were far less than the impact of even small amounts of trans fats.

Then there were the extra sugars, added to preserve a food’s flavor and texture once fats were reduced or removed. This shift towards added sugars dovetailed with a global increase in processed food consumption. This meant that sugars were making up a larger portion of the average person’s diet than ever before, says Barry Popkin, PhD, a nutrition epidemiologist at the University of North Carolina at Chapel Hill. Popkin has spent his career studying diet and sugar intake around the world and says sugar consumption is going up everywhere. “We really shifted to more highly processed or ultra-processed foods, and they’re high in added sugars.”

One of the biggest challenges of lowering amounts of added sugars in food is that we really like our food sweet. And while studies have shown that reducing the sodium in food will make a person more sensitive to salt and help them more easily reduce the amount they eat, the same doesn’t happen when lowering the amount of sugar. The sweet tooth remains just as strong no matter how much sugar is reduced.

People watching their waistlines have been looking for shortcuts to dieting for years. After World War II, the food industry introduced several new synthetic sugar substitutes to give health-conscious consumers the opportunity to tickle their taste buds without the added calories of sugar.

Artificial sweeteners like saccharin and aspartame, along with later additions such as sucralose and acesulfame potassium rapidly gained acceptance. More recently, sugar substitutes like stevia, monk fruit, and agave have eclipsed their first-generation counterparts in popularity. Manufacturers turned to these alternatives to meet consumer pressures for lower sugars while also keeping the sweet taste that drove sales.

“Some of our policies may have unintended consequences that may end up being worse than the problem we’re trying to solve,” Russell says.

Popkin says that artificial sweeteners are probably safe in moderate amounts – especially when compared to sugar itself.

Still, Russell says exposure to highly processed, overly sweetened foods shapes a person’s lifelong palate. This could be setting us up for a lifetime of health issues, she says. We will benefit from a healthier, less-processed diet, she adds.

“If we consume less sugar, what are we going to replace it with,” Higgins asks. “We need to understand the downstream effects.”

Journal of the Academy of Nutrition and Dietetics: “Types and Amounts of Nonnutritive Sweeteners Purchased by US Households: A Comparison of 2002 and 2018 Nielsen Homescan Purchases,” “What do Consumers Really Think About Dietary Fat?”

Reviews in Endocrine and Metabolic Disorders: “The development of sweet taste: From biology to hedonics.”