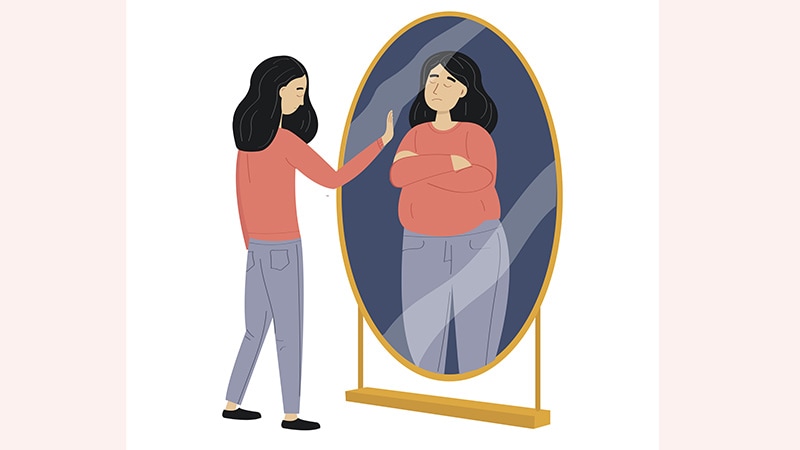 Hospital admission for children with eating disorders approximately tripled during the COVID-19 pandemic, based on data from 85 patients.

Eating disorders are common among adolescents and often require hospital admission for nutritional restoration, according to May Shum of Yale University, New Haven, Conn., and colleagues.

During the COVID-19 pandemic, the volume of hospital admissions for adolescents with eating disorders has increased, the researchers wrote in a poster presented at the annual meeting of the Pediatric Academic Societies. This increase may be driven both by interruptions in medical care and increased psychological distress, but data on changes in patient characteristics and hospitalization course are lacking, they said.

Overall, the number of monthly admissions increased from 1.4 before the onset of the pandemic to 3.6 during the pandemic (P < .001).

The number of patients for whom psychotropic medications were initiated or changed increased significantly (12.5% vs. 28.3%, P = .04); as did the proportion of patients discharged to partial hospitalization, residential, or inpatient psychiatric treatment rather than discharged home with outpatient therapy (56.2% vs. 75.0%, P = .04).

The study findings were limited by the use of data from a single center. However, the results suggest an increase in severity of hospital admissions that have implications for use of hospital resources, the researchers said.

“In addition to an increase in hospital admissions for eating disorder management during the pandemic, longer inpatient stays of younger children with higher acuity at discharge is an added strain on hospital resources and warrants attention,” they concluded.

The current study is especially important at this time, Margaret Thew, DNP, FNP-BC, medical director of the department of adolescent medicine at Children’s Wisconsin in Milwaukee, said in an interview. “There have been reports of the rising numbers in eating disorders, but until research has been conducted, we cannot quantify the volumes,” said Thew, who was not involved in the study. “There have been many reports of the rise in mental health issues during the pandemic, so it seems accurate that the rate of eating disorders would rise,” she said. “Additionally, from a clinical perspective there seemed to be many younger-age patients with eating disorders presenting to the inpatient units who seemed sicker,” she noted.

Thew said she was not surprised by the study findings. “Working with adolescents with eating disorders we saw the increased numbers of both hospitalizations and outpatient referrals during the pandemic,” said Thew. “Length of stay was higher across the nation regarding admissions for concerns of eating disorders. These patients are sicker and fewer went home after medical stabilization,” she emphasized.

“Clinicians should be more aware of the rise in patients presenting with eating disorders at younger ages to their clinics and provide early interventions to prevent severe illness and medical instability,” said Thew. Clinicians also should be more proactive in managing younger children and adolescents who express mood disorders, disordered eating, or weight loss, given the significant rise in eating disorders and mental health concerns, she said.

“We may need to study treatment of the younger population, as they may not do as well with admissions into behavioral health facilities,” Thew added.