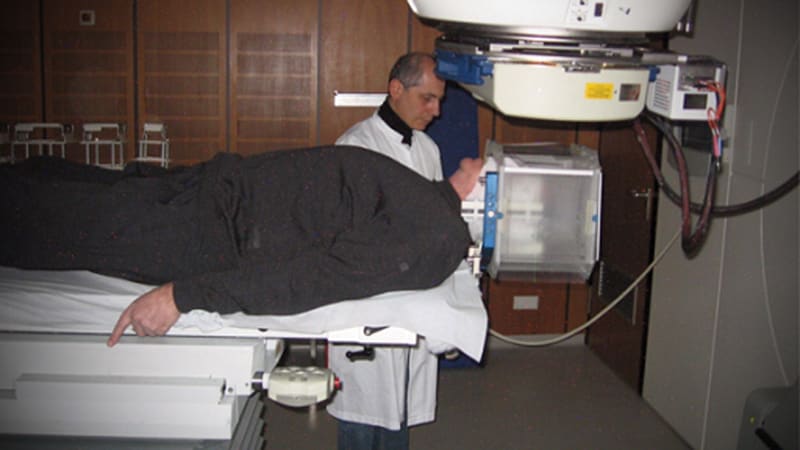 The American Society for Radiation Oncology (ASTRO) has issued new guidance on the use of radiation therapy for the treatment of brain metastases, an update on its 2012 document.

“In the decade since the previous ASTRO brain metastases guideline, there has been a tremendous evolution in the way we manage patients’ disease,” said Paul D. Brown, MD, chair of the guideline task force and a professor of radiation oncology at the Mayo Clinic in Rochester, Minnesota.

“The development of stereotactic radiosurgery (SRS) has allowed treatment of limited brain metastases alone, often in a single fraction, while largely sparing the surrounding brain,” he elaborated in a statement. Also, novel techniques such as hippocampal avoidance with whole-brain radiation can greatly improve quality of life, he added.

The guideline was published May 6 in Practical Radiation Oncology.

“With the emergence of novel radiotherapy techniques and technologies, brain-penetrating drug therapies and neurosurgical interventions, modern management of brain metastases has become increasingly personalized, complex and multidisciplinary,” said Vinai Gondi, MD, vice chair of the guideline task force and director of research and education at the Northwestern Medicine Cancer Center and Proton Center in Chicago, in a statement.

“We developed this guideline to help inform and guide clinicians in patient-centered, multidisciplinary care for their patients with brain metastases,” he added.

Key recommendations are as follows:

For patients with intact/unresected brain metastases:

For patients with resected brain metastases:

ASTRO emphasizes that the scope of this paper is limited to the radiotherapeutic management of intact and resected brain metastases resulting from nonhematologic solid tumors. It provides guidance on the reasonable use of modern radiation therapy strategies, including single-fraction and fractionated (ie, hypofractionated SRS) SRS and HA-WBRT, and also discusses clinical considerations in selecting the optimal radiation therapy strategy or in deferring it in favor of best supportive care or close neuro-oncologic surveillance.

The authors note, however, that beyond the scope of this guideline, there are many other important questions that may be the subject of other guidance, such as the appropriate role for CNS-active systemic therapies and/or surgical intervention.