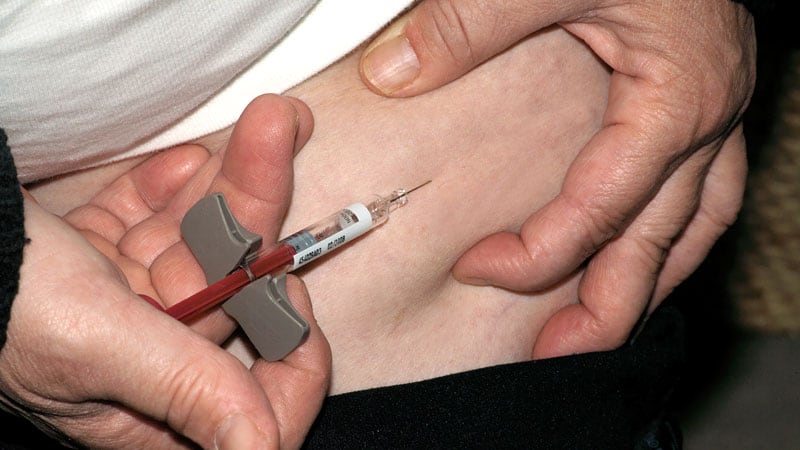 The incidence of dementia in patients with rheumatoid arthritis who took either a biologic disease-modifying antirheumatic drug (bDMARD) or targeted synthetic DMARD (tsDMARD) was significantly lower than the rate observed in patients who take only a conventional synthetic DMARD (csDMARD) in a national database study.

The work builds on previous research indicating a higher risk of Alzheimer’s disease and related dementias in people with RA. While joint pain and swelling are the cardinal symptoms of RA, its systemic inflammation leads to multiple systemic manifestations, offering biologically plausible links with cognitive decline. In addition, patients with RA have high prevalence of cardiovascular disease, diabetes, depression, disability, and physical inactivity, all of which are risk factors for dementia.

Chronic neuroinflammation secondary to either intrinsic or systemic stimuli is thought to play a key role in dementia development, especially Alzheimer’s dementia (AD). Research showing a role of tumor necrosis factor–alpha (TNF-alpha) in the development of dementia has piqued interest in a potential protective effect of TNF inhibitors. “TNF-alpha is thought to have an important role in different stages of the pathophysiology and disease progression of Alzheimer’s disease,” study first author Sebastian E. Sattui, MD, assistant professor of medicine at the University of Pittsburgh and director of the University of Pittsburgh Vasculitis Center, said in an interview. “Animal models have shown that TNF inhibition reduces microgliosis, neuronal loss, and tau phosphorylation. Cognitive improvement has been seen in two trials with Alzheimer’s disease patients, but were not in rheumatoid arthritis patients.”

In the newest study, published online in Seminars in Arthritis and Rheumatism, Sattui and colleagues suggest that a lower risk for dementia seen with bDMARDs and tsDMARDs may be attributable to an overall greater decrease in inflammation rather than any mechanism of action specific to these drugs.

Sattui and coauthors’ investigation included adults aged at least 40 years with two RA diagnoses by a rheumatologist more than 7 and less than 365 days apart. Those with prior dementia diagnoses were excluded. Their analysis found the risk of incident dementia to be comparable between patients receiving TNF inhibitors (HR, 0.86; 95% CI, 0.80-0.93), non-TNFi bDMARDs (HR, 0.76; 95% CI, 0.70-0.83), and tsDMARDs (HR, 0.69; 95% CI, 0.53-0.90), with csDMARDs as the referent. A second subgroup analysis looking at patients with prior methotrexate use who were taking bDMARDs or tsDMARDs revealed similar decreases in risk of incident dementia, compared with patients taking bDMARDs or tsDMARDs along with methotrexate at baseline.

“NSAIDs and glucocorticoids have been studied in RCTs [randomized, controlled trials],” Sattui said in the interview. “Despite initial observational data that showed some signal for improvement, no benefit was observed in either of the RCTs. Other agents with possible anti-inflammatory effects and more benign profiles, such as curcumin, are being studied. There are also ongoing trials looking into the use of JAK [Janus kinase] inhibitors or [interleukin]-1 inhibition in dementia.”

He added: “There is a need to better study the association between cognition and disease activity, as well as treat-to-target strategies, prospectively in patients with RA. It is important to also acknowledge that any of these findings might be just specific for RA, so extrapolation to non-RA individuals might be limited.”

In commenting on the findings of the study, Rishi J. Desai, PhD, assistant professor of medicine in the division of pharmacoepidemiology and pharmacoeconomics at Brigham and Women’s Hospital, Boston, said that “superior inflammation control with biologics or targeted DMARDs is an interesting hypothesis explaining the observed findings. It merits further investigation and replication in diverse populations.” He added: “It should be noted that a key challenge in evaluating this hypothesis using insurance claims data is unavailability of some important factors such as socioeconomic status and patient frailty. These may be driving treatment selection between conventional DMARDs, which are cheaper with more benign adverse-event profiles, and biologic or targeted DMARDs, which are more expensive with a less favorable adverse-event profile.”

Several studies have investigated the effect of DMARDs, including bDMARDs like tumor necrosis factor inhibitors, on incident dementia in patients with RA.

Among this research is a study by Desai and colleagues that looked at comparative risk of AD and related dementia in 22,569 Medicare beneficiaries receiving tofacitinib (a JAK inhibitor), tocilizumab (an IL-6 inhibitor), or TNF inhibitors in comparison with abatacept (a T-cell activation inhibitor). No differentiating risk associations were found in this cohort study.

Other past studies include:

These past studies, Sattui and colleagues pointed out, have multiple shortcomings, including case-control design, different definitions of exposure or outcomes, and inadequate control of confounders, underscoring the need for more rigorous studies.