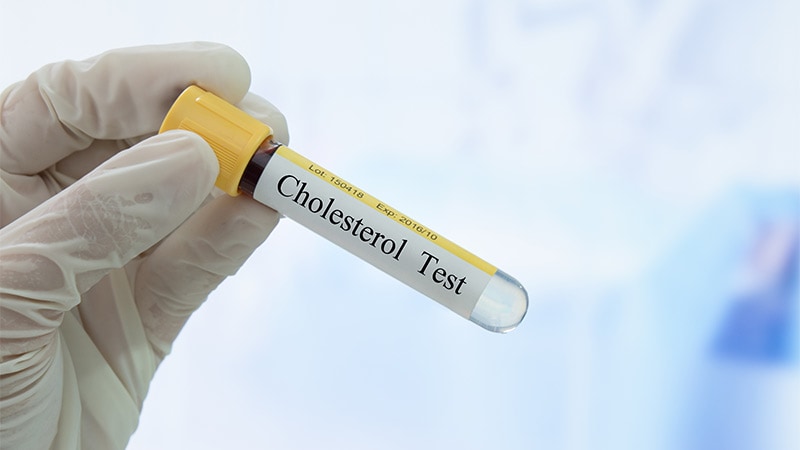 Adding to a growing body of evidence that elevated remnant cholesterol (remnant-C) provides additional and independent risk prediction for major cardiovascular events (MACE), a new analysis has this shown this biomarker has prognostic value specifically in patients with type 2 diabetes (T2D).

In a post hoc analysis of the Action to Control Cardiovascular Risk in Diabetes (ACCORD) trial, each standard-deviation increase in remnant-C was associated with a 7% increased risk in MACE (P = .004) after adjustment for several risk factors including other cholesterol values.

Residual risk is a term used to explain why cardiovascular events occur after all known modifiable factors, such as LDL cholesterol (LDL-C), are controlled.

“Our primary findings indicate that baseline estimated remnant-C levels were associated with MACE regardless of clinical phenotypes, lifestyle confounders relative to CV risk, and lipid-lowering treatment,” said the authors of the analysis.

In the post hoc analysis of the ACCORD trial, which evaluated the effects of intensive glucose lowering in T2D more than 10 years ago, there were data on remnant-C over a median of 8.8 years of follow-up in 9,650 T2D patients. Over this period, 1,815 (17.8%) developed MACE.

In addition to the 7% rise in MACE for each standard-deviation increase in remnant-C when calculated as a continuous variable, other analyses told the same story.

This included an assessment by remnant-C tertiles. Not only was there a significant trend (P < .001) for greater risk with each higher baseline tertile of remnant-C, those in the highest tertile had a 38% greater risk of MACE relative to those in the lowest tertile (hazard ratio, 1.38; P < .001) after adjustment for confounders.

The same pattern was seen for several components of MACE, such as CV death and nonfatal myocardial infarction, when remnant-C tertiles were compared.

Visit-to-visit variability in remnant-C over the course of follow-up was also associated with greater risk of MACE. In logarithmic calculations, the risk of MACE climbed about 40% across all three models of risk adjustment. These models included adjustments for different sets of confounders, such as sex, age, blood pressure, CV disease history, and glucose levels. On an unadjusted basis, the risk was increased about 50% (HR, 1.52; P < .001).

Although this study suggests an important prognostic value for remnant-C in T2D, there are numerous studies suggesting that it has prognostic value in other risk groups, such as those with a history of CV disease. This includes a study published earlier this year with 10 years of follow-up in 41,928 patients in Denmark. When combined with other risk factors, remnant-C substantially improved the accuracy of risk of events over time.

The investigators from this previous study, like the new study in patients with T2D, predict that remnant-C will be eventually included in guidelines.

According to Shi Tai, MD, a coauthor of the T2D study, remnant-C “may allow for the development of specific preventive and therapeutic approaches” to CV risk in patients with T2D.

T2D patients “with elevated plasma remnant-C levels represent a special population that deserves more attention regarding residual risk,” said Tai of the department of cardiovascular medicine at the Hospital of South Central China.

Great Interest, but Ready for Guidelines?

This is an important direction of ongoing research, according to Christie M. Ballantyne, MD, professor of medicine, Baylor College of Medicine, Houston.

“There is a great deal of interest from both clinicians and trialists to find a simple way to identify patients with high residual risk who are on statin therapy,” he said. He thinks remnant-C has promise in this regard.

“Remnant-C is not in current guidelines,” he said in an interview, but he suggested that there is now a substantial body of evidence to suggest that it might be added if validated in further studies.

However, the clinical relevance of therapies addressed at triglyceride-rich lipoproteins in general or their components, including triglycerides or remnant-C, has never been demonstrated, pointed out Peter W.F. Wilson, MD, PhD.

“Higher fasting or nonfasting triglyceride levels or their surrogates have been shown to be associated with increased risk for cardiovascular disease events in observational studies, but the importance of such measurements in persons already treated with very aggressive LDL-C lowering therapy is not known,” commented Wilson, director of epidemiology and genomic medicine, Emory School of Medicine, Atlanta.

Wilson was the coauthor of an editorial that accompanied the previously published Danish study of remnant-C. In his editorial, he suggested that remnant-C has promise for better understanding residual risk, but when contacted about these latest data he emphasized a lack of support so far for clinical relevance.

“Unfortunately, clinical trials have generally not shown that triglyceride lowering [to favorably alter remnant-C] in this situation favorably affects the risk of CV disease events,” he said in an interview. This does not preclude remnant-C as a targetable risk factor, but these data are needed.

Fu, Tai, and Wilson report no potential conflicts of interest. Ballantyne has financial relationships with more than 25 pharmaceutical companies, including several that produce products employed for the treatment of lipid abnormalities.