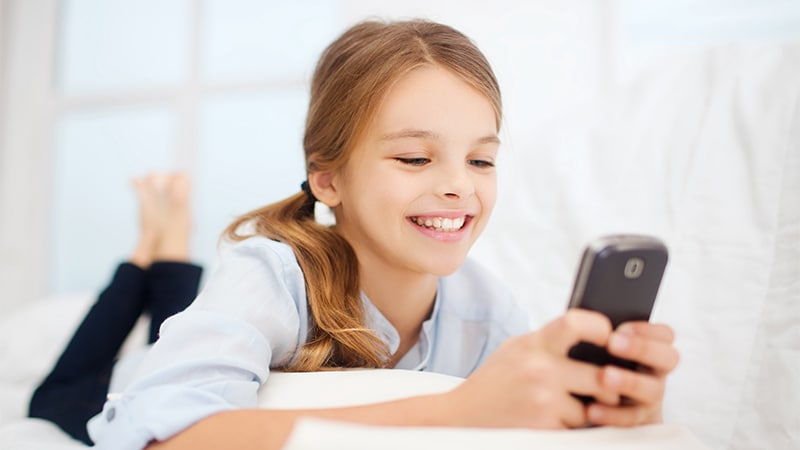 Experts recommend that children and adolescents who have had a concussion rest for a day or 2 before returning to light physical activity. Slowly getting back to normal helps young patients recover faster than strict rest, research shows.

Now a new study suggests that getting back on TikTok and Snapchat may help, too.

After surveying 700 patients ages 8 to 16 following an injury, researchers from the University of British Columbia and the University of Calgary, in Canada, found that children and adolescents who had a concussion recovered faster if they engaged in a moderate amount of screen time.

A “moderate” amount was between 2 and 7 hours per day on various screens. “That includes their phones, computers, and televisions,” says Molly Cairncross, PhD, an assistant professor at Simon Fraser University who did the research.

People in the study who reported either less or more screen time than that in the 7 to 10 days after injury also reported more symptoms, such as headaches and fatigue, during the first month. After that month, all the participants reported similar symptoms, regardless of their early screen use – suggesting that screen time makes little difference long-term in pediatric concussion recovery.

The findings differ from a 2021 study by researchers at the University of Massachusetts Medical School that found screen time slowed recovery. Why the clashing results? “I think what it comes down to are differences in study design,” says Cairncross. While the earlier study measured screen use in the first 48 hours, and recovery over 10 days, “we focused on screen time use over the first 7 to 10 days, and tracked recovery over 6 months,” she says.

“Taken together, the studies suggest a need to find balance — not too little and not too much time on screens for kids and teens following a concussion,” Cairncross says.

Ultimately, the findings support moderation rather than blanket restrictions on screen time as the best way to manage pediatric concussion, especially after the first 48 hours.

“It’s actually unsurprising,” says Sarah Brittain, a speech-language pathologist and founder of Colorado Brain Recovery in Wheat Ridge, CO, who was not involved in the study. “An early return to both cognitive and physical activity in a controlled fashion is really important. Sitting in a dark room and resting is not the answer and has been disproven in the literature.”

Old advice involved lying in a quiet, dark room for days, but recent evidence reveals that such “cocoon therapy” may actually prolong symptoms.

“With time, we have found this can negatively impact quality of life and depression scores, especially in teenagers,” says Katherine Labiner, MD, a child neurologist at Pediatrix Child Neurology Consultants of Austin, TX, who was not involved in the study.

So, how might screens help? Labiner, Brittain, and Cairncross all point to the importance of connection – not the internet kind, but the social kind. Children and teens use smartphones and computers to stay connected with peers, so banning screen time could have a negative impact on mental health by leading to loneliness, separation, and lack of social support.

“Depression can prolong the course of recovery,” says Brittain.

It’s worth noting that screen time could trigger visual symptoms in some patients, she says. “If someone feels worse within 2 minutes of being on a screen, that’s a good indicator that screens aren’t working for them,” Brittain says. “If being on a screen makes them dizzy or wiped out, or the words on the screen look like they’re moving when they’re not, that means it’s time to back off.”

She advises parents to watch for behavior changes like increased crankiness, impatience, and/or fatigue, which could mean that the child has returned to screen time — or any activity — too soon and should scale back until symptoms subside.

“The most important thing to stress with concussion is full recovery before complete return to activity,” Labiner says.