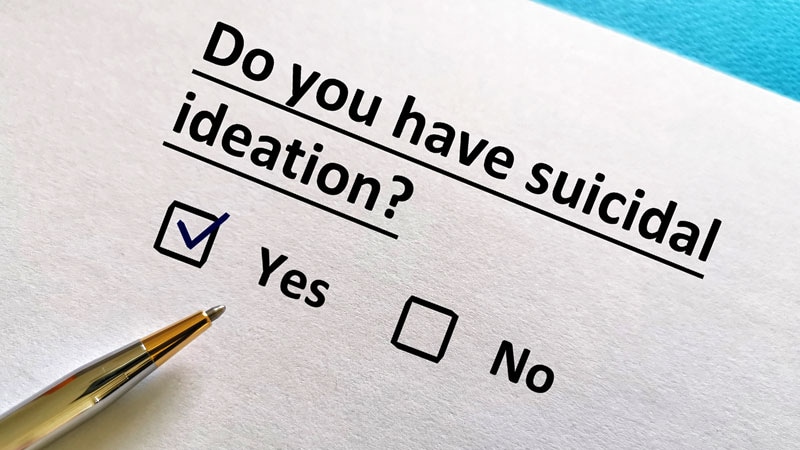 Depression, self-harm, and suicide among people with type 1 and type 2 diabetes are “underappreciated” among healthcare practitioners, according to Katharine Barnard-Kelly, PhD, who founded the Reducing Suicide Rates Among Individuals With Diabetes (RESCUE) advocacy group in 2021.

“We have the most advanced technology to achieve glycemic control, but the mental burden remains underappreciated,” she said at a symposium with other speakers from RESCUE during the American Diabetes Association (ADA) 82nd Scientific Sessions in New Orleans.

Notably, suicide and self-harm are “all too common” among young adults with type 1 diabetes who are receiving insulin, said Barnard-Kelly, a psychologist and visiting professor at Southern Health NHS Foundation Trust, Southampton, United Kingdom. And insulin under- or overdosing is the most common method of self-harm.

However, “with a multipronged approach to awareness, education, and identification, we have the opportunity to intervene on the link between suicide and diabetes,” she said, noting that the aim is to “raise awareness and arm [doctors and others] with messages that can ultimately save a young person’s life if adopted in clinical practice and through mental health screenings.”

The rationale behind the RESCUE initiative is also described in a brief report published in Diabetes Technology & Therapeutics.

She identified six key messages from the symposium:

Barnard-Kelly also presented some sobering statistics that highlight the need for increased awareness.

A study reported that, of 160 cases of insulin overdose, 90% were suicides.

Adolescents and young adults with type 2 diabetes are 61% more likely to report suicidal thoughts than those without diabetes.

The risk of depression is two- to three-times higher in people with diabetes. And 7% of deaths in individuals with type 1 diabetes are estimated to be from suicide, according to another study.

Survey About Screening for Depression, Suicide Risk in Diabetes

During the symposium, Daniel R. Chernavvsky, MD, reported results from a small online survey of healthcare professionals who treat patients with type 1 or type 2 diabetes, which identified their concerns about screening for depression and assessing suicide risk in patients with diabetes.

Respondents were mainly from the United States (103), but were also from the United Kingdom (18), Slovenia, and the Netherlands (5), said Chernavvsky, who is senior director of medical affairs at Dexcom in Charlottesville, Virginia.

Close to three quarters (72%) reported that at least one of their patients had attempted suicide. The most common self-harm behaviors in their patients were insulin omission or a too large insulin bolus, and less often, binge eating.

Almost all respondents (95%) believed that routine visits to the diabetes clinic were appropriate times to discuss depression, self-injury, and suicidal ideation — at every visit (42% of respondents) or some visits (52%).

Only 30% were comfortable asking patients about self-harm or suicide.

Many respondents expressed concerns such as, “What do I do?” “Would I make the problem worse?” “Would I give the patient the idea?” Some reported they had “limited resources” or it “feels invasive.”

They identified a need for “a better understanding of what [they could] do to support and care for patients,” and “more knowledge about how to deal with [patients’] answers” to screening questionnaires.

Screening for Psychological Morbidities in Diabetes

Guidelines from the ADA and the International Society for Pediatric and Adolescent Diabetes recommend routine screening of patients with diabetes for psychological morbidities, including depression, said Shideh Majidi, MD.

She identified the following topics that need to be addressed when considering implementing a program for depression screening and suicide risk assessment in a diabetes clinic:

The RESCUE advocacy group is preparing educational and support materials for healthcare professionals who treat patients with diabetes as well as other materials for patients themselves.