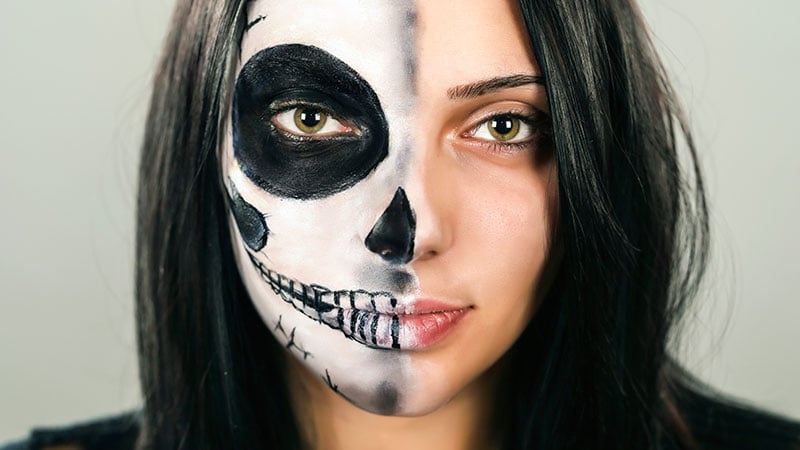 For an illness to be defined as rare, it must affect fewer than 5 in 10,000 people. Current estimates put the number of rare illnesses at around 7000. Some of these diseases have wide-ranging effects on the patient’s life.

Also known as fibrodysplasia ossificans progressiva (FOP) or “stone man syndrome,” this is a genetic disease in which the connective tissue progressively turns into bone tissue. Even minor injuries can cause muscle and connective tissue to be replaced by bone.

It is caused by a mutation of the gene ACVR1 (activin A receptor, type I), which controls the growth factors in bones and muscle tissue and is important for ossification during development. Mutation can occur spontaneously or through autosomal dominant inheritance.

Munchmeyer’s disease is an extremely debilitating and restrictive condition that usually begins with dental deformations, followed by stiff joints, mobility problems, and finally respiratory complications due to reduced mobility of the rib cage. Since injuries cause new bone growth, surgical removal of the affected tissue is strongly discouraged.

Showering, a beach holiday, or a surprise rainstorm are all a challenge for patients with the very rare aquagenic urticaria. On contact with water, they develop symptoms like those that arise from touching stinging nettles: white, itchy papules begin to form. The triggers are also unclear for aquagenic urticaria, but various potential mechanisms are being discussed by specialists. In one theory, it is assumed that through the interaction between water and a component in the epidermis, a toxic substance forms, which triggers the effects. However, water-soluble antigens that penetrate the skin and cause a histamine release are also suggested as a potential cause.

Water urticaria is more common in women and usually emerges during or after puberty. Treatment with antihistamines can relieve the symptoms.

People affected by this delusional mental disorder are convinced that they are dead or no longer exist. Also known as “walking corpse syndrome,” the condition was first described in 1882 by Jules Cotard, MD. It is a rare condition but is associated with schizophrenia and affective psychoses.

One case was published in 2013 in Cortex. After attempting suicide with an electronic item in the bathtub, the patient was convinced that he was brain-dead, even though he survived. He no longer showed any interest in the things that previously brought him joy and had to be encouraged to eat food. The results from a PET scan were shocking. Brain activity in the frontal and parietal regions was at the same level as that of coma patients. Steven Laureys, one of the authors of the study, had never in his 15 years of professional experience seen such a result in someone awake and conscious.

Patients with Rapunzel syndrome pull out their own hair (trichotillomania) and eat it (trichophagia). This psychiatric behavior is predominantly observed in children and adolescents. If left untreated, it can cause serious complications, since the hair collects in the stomach and strands of hair can draw through the intestine.

In the British Medical Journal Case Reports, clinicians reported a woman who complained of sudden vomiting and constipation. She also described a lack of appetite and weight loss over the preceding months. Clinical investigations could not provide an explanation at first. Due to the patient’s continuously deteriorating condition, she eventually underwent surgery. A 10 x 15 cm hairball was found in her stomach during the operation, and there was an additional 4 x 3 cm trichobezoar in her small intestine. Following the surgical removal of the hair, the patient was discharged from the clinic a few days later and referred for psychotherapeutic treatment.

Rapunzel syndrome is often associated with other mental disorders such as depression, bulimia, or personality disorders. Therefore, psychotherapy and treatment with psychiatric drugs should be prescribed to avoid a relapse.

In this neurological disorder, one hand is not subject to conscious control and performs involuntary movements. Alien hand syndrome can also take on an aggressive character, with the result that the patient hits and injures him- or herself. The Journal of Neurology, Neurosurgery & Psychiatry published the case of an 81-year-old female patient who was afraid of her left hand after it had repeatedly tried to strangle her.

Investigations have shown that this syndrome is caused by lesions in areas of the brain such as the corpus callosum and the frontal or occipital lobes. These can be caused by a stroke, neurodegenerative illnesses, or brain tumors and lead to a loss of inhibitions.

Named after the books by Lewis Carroll, patients with Alice in Wonderland syndrome suffer from a distorted perception of their own body size. Also known as Todd’s syndrome, the condition causes parts of the body or the surroundings to be perceived as larger or smaller than they really are (macropsia or micropsia). The Journal of Pediatric Neuroscience described the case of a 6-year-old boy who, 15 to 20 minutes after going to bed, had the impression that all of the objects in his room were microscopically small and far away.

The causes are still unknown; however, the syndrome has been described as occurring with migraines, temporal lobe epilepsy, brain tumors, Epstein-Barr virus, or hallucinogenic substances. Treatment is therefore through migraine prophylaxis.

The origin of the werewolf legend can possibly be found in patients with hypertrichosis. This illness causes excessive hair growth either in localized areas, or over the entire body. The continuance of fetal lanugo hair can lead to hypertrichosis universalis. Since this is an autosomal dominant condition, it is often passed down through families.

Historically, people with extreme body hair were frequently presented as curiosities in circuses or carnivals. The oldest case in Europe is from the 16th century, when it was passed down from Petrus Gonsalvus to his daughter Tognina.

Hypertrichosis can occur as an adverse drug reaction, such as to the antihypertensive drug minoxidil.

This article was translated from Coliquio.