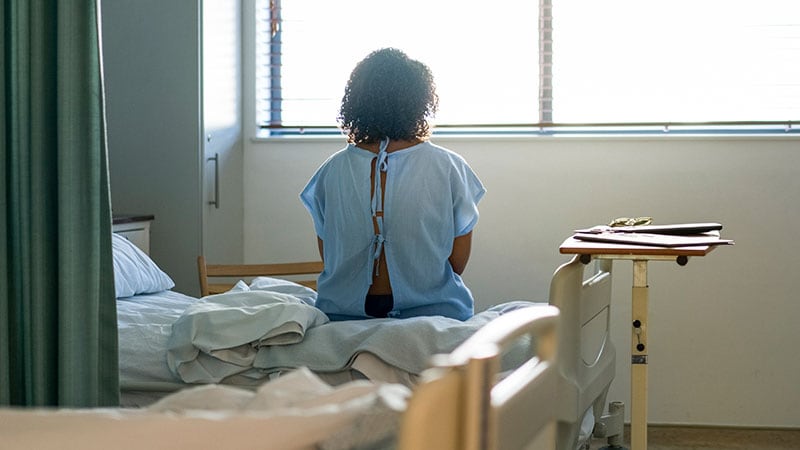 Visits to emergency departments (EDs) following sexual assault increased 15-fold from 2006 through 2019, as determined from a national database of visits to hospitals in the United States.

Data from the Federal Bureau of Investigation (FBI) show an increase in reported rapes and sexual assaults (SAs) since 2006, and studies of victims show an increased risk of conditions such as suicidal ideation, posttraumatic stress disorder, depression, substance use, and chronic conditions, write Emily L. Vogt, BA, of the University of Michigan, Ann Arbor, and colleagues.

However, trends and disparities in ED use by adults seeking care following SA have not been explored, they said.

For a study that was published in JAMA Network Open, researchers reviewed data from the Nationwide Emergency Department Sample (NEDS), a large, nationally representative database managed by the Agency for Healthcare Research and Quality. The dataset consisted of 120 million to 143 million weighted ED visits reported annually from 2006 through 2016. The study population included adults aged 18 to 65 years who had made an ED visit that was recorded in the NEDS and that was coded as an SA. SA was defined using ICD-9 codes until the fourth quarter of 2015, at which time ICD-10 codes came into use.

Patients presenting to the ED after an SA were mainly women (91.5%). Individuals aged 18 to 25 years accounted for nearly half of the presentations. Individuals in the lowest and second lowest income quartiles also were overrepresented.

Despite the increased presentation to EDs, admission rates for SA decreased, from 12.6% to 4.3%, the researchers note. Patients who were older and were insured through Medicaid were more likely to be admitted than persons of other demographic groups.

The researchers also found that increases in ED presentations outpaced increases in SA reports to law enforcement. They compared the ED trends with FBI-reported rapes/SAs from 2015 to 2019 and found increases of 7% and 22% during the times of ICD-9 and ICD-10 codes, respectively. However, in 2019, the number of SA survivors who sought ED care remained below the number who reported to law enforcement (55,296 vs 139,815, as determined on the basis of revised SA definitions).

“Although the association between increased coding specificity and documentation of SA is still unclear, ICD-10 likely contributed to increased ED documentation of SA,” but the data show steady increases that are independent of the coding change, the researchers write.

The study findings were limited by several factors, including the potential for multiple representations of patients, coding errors associated with the NEDS database, and the reliance on voluntary reports in the NEDS and FBI datasets, the researchers note. The results were strengthened by the large, diverse sample size and by the inclusion of hospital admissions and crime data for comparison, they say.

“As few as 21% of survivors seek medical care after SA, meaning that the survivors captured in this study represent a fraction of total SA-related care need,” the researchers write. “Our finding that most SA ED visits are by young, female, and low-income survivors can inform policy changes to better support these individuals,” which could include the development of outpatient and longitudinal care settings to better serve these populations, they conclude.

Comprehensive Care Extends Beyond the ED

Better understanding not only of the trends underlying SA reporting but also of the demographics of survivors who seek treatment and evaluation after SA is vital, said Robert Glatter, MD, in an interview.

“Being able to better understand how social and societal movements affect a patient’s comfort in reporting an SA is vital in tracking the numbers of people who seek care in the ED,” said Glatter, an emergency medicine physician at Lenox Hill Hospital at Northwell Health and an assistant professor at the Zucker School of Medicine at Hofstra/Northwell, New York.

Glatter said he was not surprised by the significant increase in sexual assault presentations, especially in light of increased awareness and the influence of the #MeToo movement and other social justice movements over the past decade.

“While I believe that victims of sexual violence may now feel more empowered to report an assault, the volume of SA that go unreported remains a serious public health issue and concern” in the United States and globally, he emphasized.

A key message from the current study is that there is a need for investment in “compassionate and comprehensive care for all survivors of SA,” Glatter said. “This includes recognition of the extensive mental health consequences of SA that can lead to not only depression, PTSD, and anxiety but also to suicidal ideation and suicide. The longer-term medical effects become life altering, permeating families and future generations,” he emphasized.

“As a society, we must also place a strong emphasis on caring for all SA survivors, but particularly those who come from economically or socially disadvantaged backgrounds who are uninsured or underinsured,” said Glatter. Issues of race, gender identity, and sexual identity among SA survivors also must be taken into consideration, he added.

“We need to better understand how our healthcare system can provide more nuanced follow-up care and reporting for survivors in outpatient settings,” said Glatter. “Making access easier, while ensuring confidentiality, will allow more survivors of SA to seek treatment and care,” he said. “We also need to understand how using forensic nurses in this capacity, and beyond the ED, can better serve minority and racially diverse communities” and to increase the recruitment and training of such specialized nurses to care for SA victims, Glatter noted.

The study was supported by internal funding from the University of Michigan and the Department of Obstetrics and Gynecology. Corresponding author Erica C. Marsh, MD, has received personal fees from Myovant Sciences and Pfizer unrelated to the current study. Glatter has disclosed no relevant financial relationships.

Heidi Splete is a freelance medical journalist with 20 years of experience.