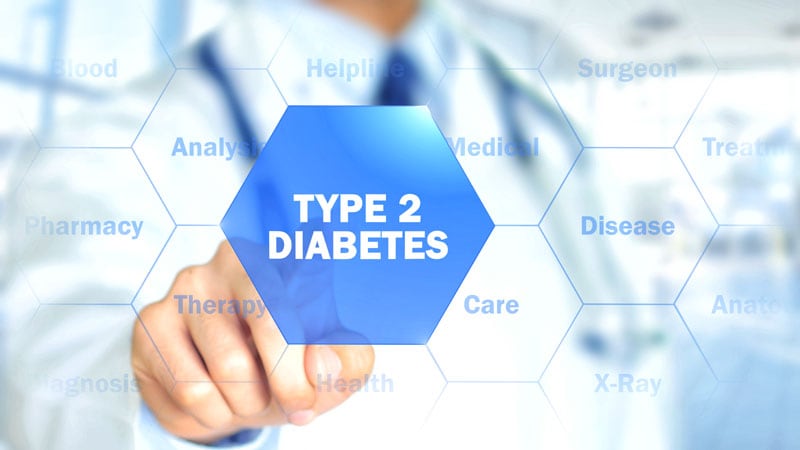 Use of sodium–glucose cotransporter-2 (SGLT-2) inhibitors rather than metformin as first-line treatment for type 2 diabetes appears to cut the risk for heart failure hospitalization but not myocardial infarction (MI), stroke, or all-cause mortality, a new analysis of real-world data suggests.

Safety findings were similar, except for the fact that genital infections were more common with SGLT-2 inhibitors.

The study was conducted using claims data from two large US insurance databases and Medicare. Propensity score matching was used to account for baseline differences.

The study was conducted by HoJin Shin, BPharm, PhD, a postdoctoral research fellow at Brigham and Women’s Hospital and Harvard Medical School, Boston, and colleagues. The findings were published online May 23 in Annals of Internal Medicine.

However, she added, “I don’t want to overstate anything…. We aren’t powered enough to investigate who would benefit the most…. As a pharmacoepidemiologist, I think it’s my duty to provide high-quality evidence so we can actually help physicians and patients make better decisions on their medication. Our current research is just a beginning step.”

Asked to comment, Simeon I. Taylor, MD, PhD, professor of medicine at the University of Maryland, Baltimore, told Medscape Medical News, “This study generally confirmed conclusions from published RCTs [randomized clinical trials]. No real surprises, albeit the conclusions may not fully support some of the most enthusiastic claims for SGLT-2 inhibitors with respect to MI, stroke, and cardiovascular death.”

Indeed, Taylor noted that only two SGLT-2 inhibitors, canagliflozin and empagliflozin, were shown to have a statistically significant association with decreased major adverse cardiovascular events.

In contrast, neither dapagliflozin nor ertugliflozin showed significant benefit regarding those outcomes.

He also pointed out that those four major SLGT-2 inhibitor cardiovascular outcomes trials were placebo-controlled rather than head-to-head trials in which they were compared to an active comparator such as metformin.

“Viewed in this light, it’s probably not surprising that the present study did not demonstrate a robust benefit for SGLT-2 inhibitors to decrease [major adverse CV events].”

The duration of follow-up in the current study is also a limitation, he added.

“The majority of patients were followed for a year or less. This is probably sufficient to assess the impact of some pharmacological mechanisms, for example, the beneficial impact to decrease risk of heart failure by promoting urinary sodium excretion. However, it’s probably insufficient time to observe a beneficial impact on atherosclerosis. For example, there is typically a lag of several years before statins demonstrate efficacy with respect to adverse cardiovascular events.”

Nevertheless, he said, “it provides strong support for benefit with respect to decreasing risk of hospitalization for heart failure.”

He noted that while metformin is currently significantly cheaper than any SGLT-2 inhibitors, once the latter become available as generics, they will be cheaper, and this will likely have a bearing on prescribing decisions.

Incidence rates per 1000 person-years for the composite of hospitalization for MI, hospitalization for ischemic or hemorrhagic stroke, or all-cause mortality (MI/stroke/mortality) were 15.0 vs 16.2 for SLGT-2 inhibitors vs metformin, not a significant difference (hazard ratio [HR], 0.96).

However, for the composite of heart failure hospitalization or all-cause mortality, the rates were 18.3 vs 23.5, a significant difference, with an HR of 0.80. The benefit was seen beginning at about 6 months.

Compared with metformin, SGLT-2 inhibitors showed a significantly lower risk for heart failure hospitalization (HR, 0.78), a numerically (but not significantly) lower risk for MI (HR, 0.70), and similar risks for stroke, mortality, and MI/stroke/HHF/mortality.

How Does Cost Factor In?

A sensitivity analysis aimed at examining the possible effect of unmeasured socioeconomic status showed no difference in cardiovascular benefit for first-line SGLT-2 inhibitors and metformin in comparison with first-line dipeptidyl peptidase–4 (DPP-4) inhibitors, which cost more than metformin; it is not known what effect DPP-4 inhibitors have on the cardiovascular outcomes of interest.

Cost and insurance coverage factor into the benefit/risk calculation. Metformin is considerably less costly than any of the SGLT-2 inhibitors ― roughly $10 to $20 per month, compared to more than $500 a month.

However, “for some fortunate patients with the most generous pharmacy benefit insurance coverage, the out-of-pocket cost of brand name drugs like SGLT-2 inhibitors is substantially lower,” Taylor noted.

He said that the current study “raises questions about whether the clinical benefits of SGLT-2 inhibitors as initial monotherapy justify the higher price relative to metformin. The data in this paper suggest that the value case for SGLT-2 inhibitors is strongest for patients with the greatest risk to be hospitalized for heart failure.”

Indeed, Shin said, “Once we get more information, it may just help in extending the coverage from insurance companies and Medicare/Medicaid, to lower the barrier to access.”

Taylor reiterated that patents on some of the early SGLT-2 inhibitors are expected to expire in the next few years, which would make it possible for generic versions to be approved. “At that point, prices would likely fall, possibly to levels similar to metformin.”

The study was funded by grant support from the Division of Pharmacoepidemiology and Pharmacoeconomics, Department of Medicine, Brigham and Women’s Hospital and Harvard Medical School, the National Institute on Aging, and the Patient-Centered Outcomes Research Institute. Shin has disclosed no relevant financial relationships. Taylor is a consultant for Ionis Pharmaceuticals.

Miriam E. Tucker is a freelance journalist based in the Washington DC area. She is a regular contributor to Medscape, with other work appearing in the Washington Post, NPR’s Shots blog, and Diabetes Forecast magazine. She is on Twitter @MiriamETucker.