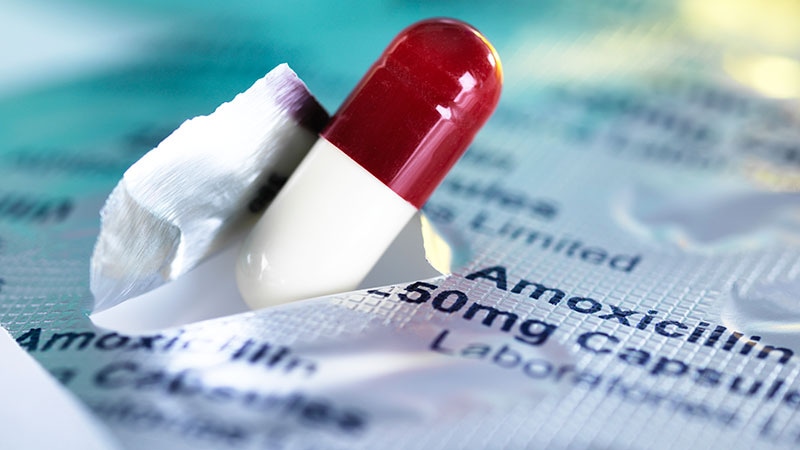 The liquid form of the antibiotic amoxicillin often used to treat ear infections and strep throat in children is in short supply, just as Americans head into the season when they use the bacteria-fighting drug the most.

The FDA officially listed the shortage Friday, but pharmacists, hospitals, and a supply tracking database sounded alarms earlier this month.

“The scary part is, we’re coming into the time of the year where you have the greatest need,” independent pharmacy owner Hugh Chancy, PharmD, of Georgia, told NBC News.

Thus far, reports indicate the impact of the shortages is not widespread but does affect some pharmacies, and at least one hospital has published an algorithm for offering treatment alternatives.

CVS told Bloomberg News that some stores are experiencing shortages of certain doses of amoxicillin, but a Walmart spokesperson said its diverse supply chain meant none of its pharmacies were affected.

“Hypothetically, if amoxicillin doesn’t come into stock for some time, then we’re potentially having to use less effective antibiotics with more side effects,” said Ohio pediatrician Sean Gallagher, MD, according to Bloomberg.

The shortage impacts three of the four largest amoxicillin manufacturers worldwide, according to the Center for Infectious Disease Research and Policy (CIDRAP) at the University of Minnesota. The FDA listed the reason for the shortage as “demand increase for drug,” except in the case of manufacturer Sandoz, for which the reason listed read “information pending.”

A company spokesperson told Bloomberg the reasons were complex.

According to Bloomberg, other major manufacturers are still delivering the product, but limiting new orders.

The American Society of Health-System Pharmacists issued an alert for the shortage last week via its real time drug shortage database.

“Amoxicillin comes in many forms — including capsules, powders and chewable tablets — but the most common type children take is the liquid form, which makes up at least 19 products that are part of the” shortage,  Becker’s Hospital Review summarized of the database reports.

The pediatric health system Children’s Minnesota told CIDRAP that supplies are low and that alternatives are being prescribed “when appropriate.”

“As a final step, we temporarily discontinued our standard procedure of dispensing the entire bottle of amoxicillin (which comes in multiple sizes),” a spokesperson told CIDRAP. “We are instead mixing and pouring the exact amount for each course of therapy, to eliminate waste.”

The Minnesota pediatric clinic and others are particularly on alert because of the surge nationwide of a respiratory virus that particularly impacts children known as RSV.

“We have certainly observed an increase in recent use most likely correlating with the surge in RSV and other respiratory viruses with concern for superimposed bacterial infection in our critically ill and hospitalized patient population,” Laura Bio, PharmD, a clinical pharmacy specialist at Stanford Medicine Children’s Health told CIDRAP.