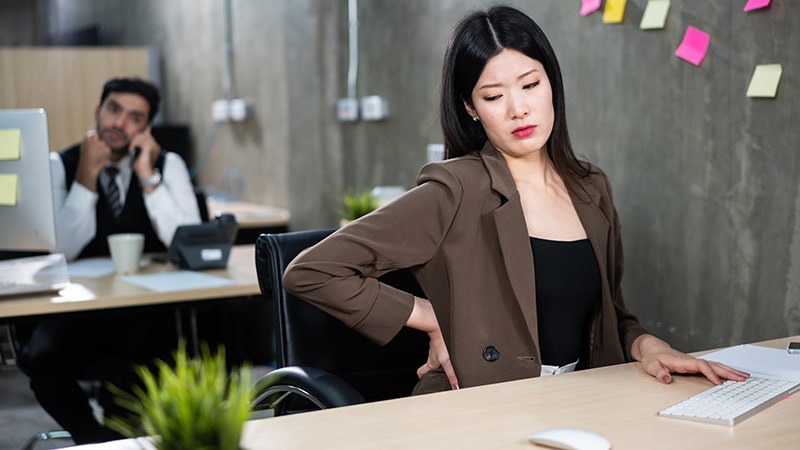 In a study that tracked more than 100,000 adults from 21 countries for more than 10 years, more time spent sitting during the day was associated with increased risk for early death and heart disease.

The combination of prolonged sitting and physical inactivity was particularly harmful — nearly on par with the harmful impact of smoking.

“If you must sit, getting in more exercise at other times during the day can help offset the risks,” study investigator Scott Lear, Simon Fraser University, Vancouver, British Columbia, tells WebMD.

“Humans seem built to move — and to suffer if we do not,” says Harlan Krumholz, MD, Yale School of Medicine, New Haven, Connecticut, who wasn’t involved in the study.

These results, Krumholz tells WebMD, support his personal “bias toward encouraging people to be active and stay active as a way to promote health and lifelong function.”

The study showed that sitting for 8 or more hours per day was linked to a roughly 20% higher risk of developing heart disease or dying from any cause over the study period, compared with those who sat for only half that time. The prolonged sitters were also 49% more likely to suffer heart failure.

Even sitting for 6 to 8 hours daily was associated with an increase in the risk for early death, by 12%, and the risk for heart disease by 13%.

This was true for people living in high-income, middle-income, and low-income countries.

Finally, those who both sat the least and were the most active had the lowest risk of early death and heart disease.

Krumholz says the link between sitting and premature death and heart disease is “plausible and the solution, more physical activity, has little downside and much upside.”

“As our society increasingly drifts toward more screen time and less physical activity, we need to consider what effects that might have on our long-term health and function,” he said.

The PURE study is funded by the Population Health Research Institute, Hamilton Health Sciences Research Institute, the Canadian Institutes of Health Research, Heart and Stroke Foundation of Ontario, Canadian Institutes of Health Research’s Strategy for Patient Oriented Research, through the Ontario SPOR Support Unit, the Ontario Ministry of Health and Long-Term Care, and through unrestricted grants from AstraZeneca (Canada), Sanofi-Aventis (France and Canada), Boehringer Ingelheim (Germany and Canada), Servier, and GlaxoSmithKline, and additional contributions from Novartis and King Pharma and from various national or local organizations in participating countries. Lear and Krumholz have no relevant financial relationships.