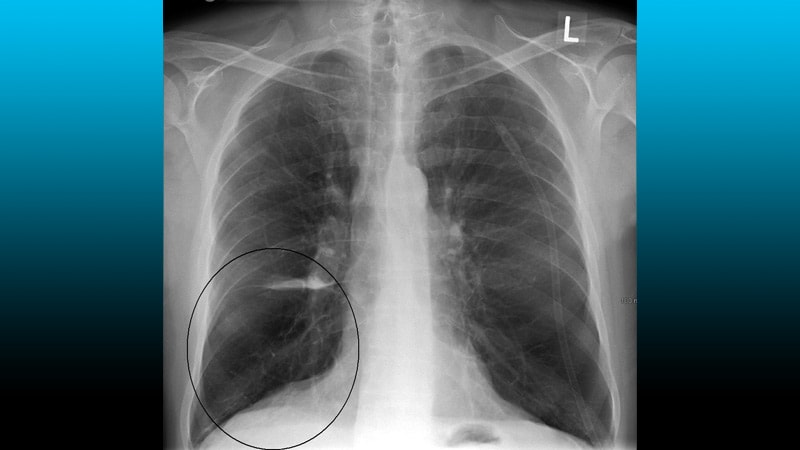 Poor sleep quality was linked to an increased risk of life-threatening exacerbations in people with chronic obstructive pulmonary disease (COPD), according to a study reported online in the journal Sleep.

Researchers followed 1,647 patients with confirmed COPD who were enrolled in the Subpopulations and Intermediate Outcome Measures in COPD Study (SPIROMICS). SPIROMICS is a multicenter study funded by the National Heart, Lung, and Blood Institute and the COPD Foundation and is designed to evaluate COPD subpopulations, outcomes, and biomarkers. All participants in the study were current or former smokers with confirmed COPD.

COPD exacerbations over a 3-year follow-up period were compared against reported sleep quality. The researchers used the Pittsburgh Sleep Quality Index (PSQI), a combination of seven sleep measures, including sleep duration, timing of sleep, and frequency of disturbances. The higher the score, the worse the quality of sleep.

Individuals who self-reported having poor-quality sleep had a 25%-95% higher risk of COPD exacerbations, compared with those who reported good-quality sleep, according to the results.

There was a significant association between PSQI score and total and mean exacerbations in the unadjusted analysis (incidence rate ratios, 1.09; 95% confidence interval, 1.05-1.13) and the analysis adjusted for demographics, medical comorbidities, disease severity, medication usage, and socioeconomic environmental exposure (IRR, 1.08; 95% CI, 1.03-1.13).

These findings suggest that sleep quality may be a better predictor of flare-ups than the patient’s history of smoking, according to the researchers.

“Among those who already have COPD, knowing how they sleep at night will tell me much more about their risk of a flare-up than knowing whether they smoked for 40 versus 60 years. … That is very surprising and is not necessarily what I expected going into this study. Smoking is such a central process to COPD that I would have predicted it would be the more important predictor in the case of exacerbations,” said lead study author Aaron Baugh, MD, a practicing pulmonologist, and a clinical fellow at the University of California, San Francisco, in a National Institutes of Health press release on the study.