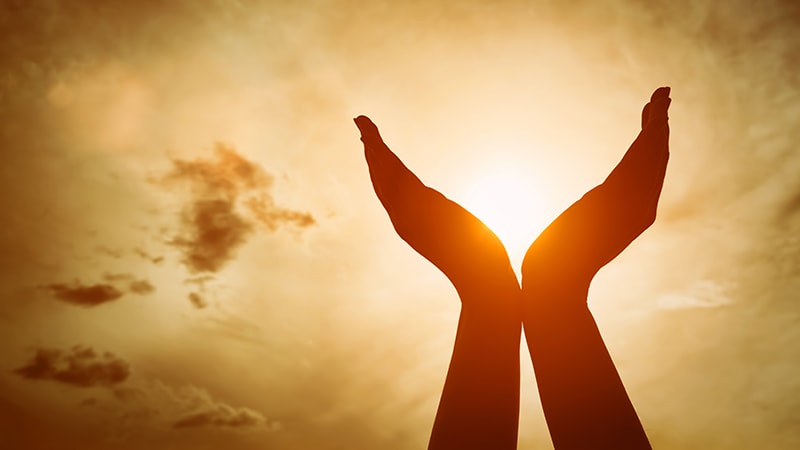 Spirituality is linked to higher quality of life (QOL) and emotional well-being for patients with neurologic disorders ― and may even be associated with a lower incidence of neurologic conditions such as Alzheimer’s disease (AD), new research suggests.

In a review of 13 studies, investigators found that spirituality and religiosity were closely related to better QOL and emotional well-being. In addition, there was a lower incidence of neurodegenerative disease in religious communities that incorporated spiritual/religious lifestyle recommendations compared with the general population.

“The spiritual dimension is an important aspect in adaptation and coping with neurological diseases, considering religious faith as a resource that can help these patients accept and cope with their condition,” Rocio de Diego-Cordero, Dr Prof of nursing, University of Seville, Spain, and colleagues write.

These results have “important implications for clinical practice” because providing spiritual support could be an important strategy to incorporate into healthcare settings, they note.

The findings were published online October 15 in the Journal of Religion and Health.

In recent decades, the relationship between spirituality and human health has become an important area of research, with a “growing number of published scientific studies that investigate this relationship,” the investigators write.

“In most studies a positive correlation is shown between adoption of religious beliefs or spirituality and improved health,” they add.

The researchers note that although spirituality and religiosity are related and often overlap, they also vary “according to the cultural context and the dynamic quality of the spirituality itself.”

Previous research has pointed to improved QOL among individuals or communities with spiritual or religious practice. This finding, coupled with the globally high prevalence of neurologic disorders, makes it particularly relevant to understand the potential role of spirituality in these conditions, the investigators write. However, “few have delved” into this topic, they add.

They conducted a systematic mapping review to “map the knowledge of spirituality experienced by people with neurological/neurodegenerative disorders and its influence in results and the ability to cope with the disease.”

The researchers combed three databases from April 1 to April 21, 2022; 13 of 159 articles met their inclusion criteria. A study was required to include participants with neurologic/neurodegenerative disorders; some type of spiritual/religions intervention; comparison between spiritual interventions and waiting list or nonspiritual interventions; the results and coping with the disease; follow-up intervention; and a description of study design.

Of the included studies, three had a descriptive observational design. There were three quasi-experimental studies, one cohort study, five literature reviews, and one qualitative study.

Most studies were conducted in the United States. Others were conducted in Italy and Brazil. Sample sizes ranged from 10 to 476 participants. The neurologic disorders that were studied included AD, Parkinson’s disease (PD), multiple sclerosis (MS), and epilepsy.

One study compared the incidence of neurologic diseases among individuals with religious beliefs in comparison with the general population.

Among the salient findings from review was that spirituality, together with other dimensions, was a “fundamental component of wellbeing in chronic neurological patients and significantly influences their QOL,” the investigators report.

In addition, secular or existential spiritual beliefs were strongly associated with higher levels of happiness in patients with neurologic disorders; the absence of depressive symptoms in people with epilepsy was associated with greater religiosity; and religiosity (together with depression, social support, level of education, place of residence, employment, and level of fatigue) was “one of the main factors influencing QOL” for patients with MS.

Also, spiritual well-being “positively influences adaptation to illness” by “reducing the impact of uncertainty” in patients with MS. In addition, religion helped patients with MS to cope with their disease by helping them accept it and by giving them purpose in life and hope for healing.

Spiritual and religious practice can be an “active coping and therapeutic strategy to support traditional therapies for people with epilepsy and other neurological disorders,” the researchers write.

In addition, the incidence of AD and dementia decreased significantly in two religious communities (Seventh-Day Adventists and Baptists) who adhered to spiritually prescribed lifestyle recommendations compared with the general population.

Three reviews showed that yoga as a spiritual technique was beneficial for patients with neurologic disorders.

The investigators note several limitations in their review, including the use of only three databases from which they drew the studies.

“Another limitation is related to the measurement of variables such as QOL, wellbeing or coping, because although there are scales and measurement instruments, these, in turn, are determined by different clinical, physical, psychosocial, or demographic variables [that] do not depend solely on the spiritual factor,” they write.

The current researchers also did not evaluate the quality of the studies included in the review, “which limits their value in making recommendations in clinical practice.”

Anderson, who has conducted neuroimaging research on brain networks involved in spirituality, was not involved with the current research.

“This study reviewed 13 highly heterogeneous studies obtained in a search for ‘neurological’ disorders and spirituality or religion; yet the effects of neurological disorders on spirituality and vice versa are condition specific,” he said.

“For example, the effects of stroke and traumatic brain injury are likely to differ dramatically based on which brain regions are involved in individual patients,” Anderson noted.

“Interactions between spirituality and neurological disorders are likely to be highly dependent on the age of the patient and additional comorbid medical conditions,” he added.

The investigators concur that there is a “lack of solid evidence” that spiritual and religious interventions can indeed modify the “approach of neurological diseases.” Therefore, “more studies are definitely needed to incorporate the consolidated observational findings into clinical practice,” they write.

The study received no specific funding. The investigators and Anderson report no relevant financial relationships.