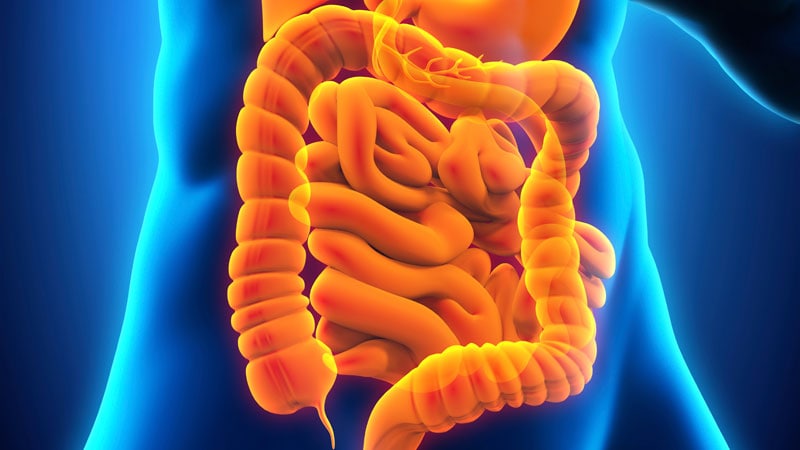 A steroid-free clinical response had no impact on multiple components of Crohn’s disease progression, based on data from 95 adults.

The therapeutic goals of Crohn’s disease have evolved from controlling symptoms to blocking disease progression and reducing complications, wrote David Laharie, MD, of Hôpital Haut-Lévêque, Pessac, France, and colleagues. The goal of steroid-free remission has been used as an endpoint of treatment, but data on the impact of such remission on long-term disease are limited, the researchers noted in a retrospective study published in Clinical Gastroenterology and Hepatology.

The researchers noted that, although endoscopic and clinical remission is currently recommended for CD, “there is no validated or standardized definition of this endoscopic goal.” The high rates of survival without major abdominal surgery, regardless of remission status, suggest a significant impact of early combination therapy for CD patients who were biologic naive. Other studies have shown similar improved outcomes for CD patients with early treatment.

The study findings were limited by several factors including the retrospective design and lack of power to compare long-term progression-free survival, the researchers noted. However, the results were strengthened by the robust data on hospitalizations and surgeries from the TAILORIX trial.

The results support a more flexible strategy for CD, “recommending endoscopic and clinical remission in early diagnosed patients and less stringent objectives in those with more refractory or advanced disease,” they concluded.

The current study is important to help clinicians know whether CD patients who achieve a short-term, steroid-free clinical and endoscopic remission go on to experience better long-term disease outcomes than those who do not achieve this short-term remission, Atsushi Sakuraba, MD, of the University of Chicago said in an interview.

Sakuraba said that he was surprised by the study findings. “Achieving a clinical remission off steroids with complete endoscopic remission, i.e., deep remission, is considered a treatment goal, but the fact that it did not result in less disease progression was surprising.”

The take-home message for clinicians from the study is that CD patients may still experience disease progression after achieving a single time of clinical and endoscopic remission “mainly due to loss of response to infliximab, so continued long-term disease monitoring and control are required,” Sakuraba said.

The current study was a post hoc follow-up analysis of a previous trial, Sakuraba noted. Therefore, studies primarily focused on changing the disease progression and natural course of CD are warranted.