Strong Support for Causal Role of Cannabis in Schizophrenia 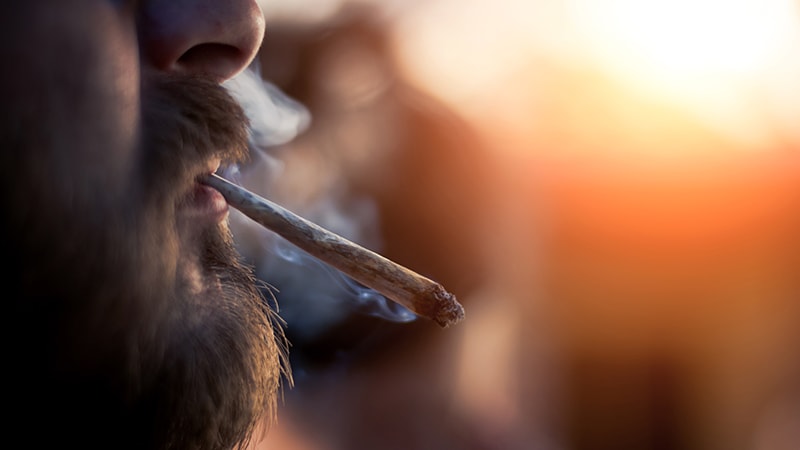 The long-observed association between cannabis use and schizophrenia is likely partially causal in nature, new research shows.

Investigators found a clear increase in the proportion of schizophrenia cases linked to cannabis use disorder over the past 25 years.

“It is of course nearly impossible to use epidemiological studies to actually prove causation, but all the numbers behave exactly in the way that would be expected under the theory of causation,” said Hjorthøj.

The study was published online July 21 in JAMA Psychiatry.

The findings are based on Danish national health registry data. The study sample included all people in Denmark born before December 31, 2000, who were aged 16 years or older at some point from January 1, 1972, to December 31, 2016. The data analysis was conducted from August 2020 to April 2021.

Despite some fluctuation, there was a general increase in the population-attributable risk fraction (PARF) for cannabis use disorder with regard to schizophrenia over time, the researchers report. The PARF increased from about 2% in 1995 to about 4% in 2000 and has hovered from 6% to 8% since 2010.

“Although not in itself proof of causality, our study provides evidence of the theory of cannabis being a component cause of schizophrenia,” the investigators write.

The findings are “particularly important with the increasing legalization of cannabis for both medicinal and recreational uses seeming to lead to an increase in the perception of cannabis as relatively harmless and possibly in the uptake of cannabis use, especially among youth,” they add.

“Although psychosis is not the only outcome of interest in terms of cannabis use, our study clearly indicates that cannabis should not be considered harmless,” they conclude.

In an accompanying editorial, Tyler VanderWeele, PhD, Harvard T. H. Chan School of Public Health, Boston, Massachusetts, notes that estimates in this study could be conservative as a result of underdiagnosis of cannabis use disorder and because it only examined cannabis use disorder.

“Cannabis use disorder is not responsible for most schizophrenia cases, but it is responsible for a nonnegligible and increasing proportion. This should be considered in discussions regarding legalization and regulation of the use of cannabis,” VanderWeele writes.

Experts with the Science Media Center, a UK nonprofit organization, also weighed in on the results.

Terrie Moffitt, PhD, with King’s College London, said the study “adds important evidence that patients with diagnosed cannabis use disorder are more at risk for psychosis now than they used to be.

“A study weakness that readers will spot right away is that the study reported on patients who had a clinical diagnosis of cannabis dependence. However, most cannabis users, even those who are dependent on it, never come in to clinics for treatment. Also, it is known that people who seek treatment tend to have multiple mental health problems, not solely cannabis problems,” Moffitt commented.

Emir Englund, PhD, also from King’s College London, said the study “strengthens an already well-established association between the two. However, it is unable to shed additional light on whether cannabis causes schizophrenia or not, due to the observational nature of the study.

“In my opinion, the current scientific view of cannabis use as a ‘component cause’ which interacts with other risk factors to cause schizophrenia but is neither necessary nor sufficient to do so on its own still stands,” Englund said.