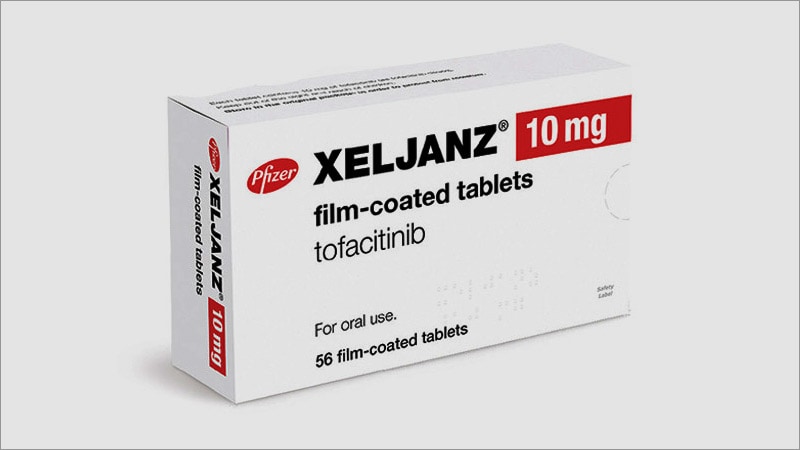 Oral tofacitinib (Xeljanz), a JAK inhibitor, helped regrow hair in three quarters of pediatric patients with alopecia areata (AA) in a small study conducted at the University of Colorado and published in Pediatric Dermatology.

The 11 pediatric patients, ages 8 to 18 years, all with a diagnosis of AA, were treated with tofacitinib. Eight patients, or nearly 73%, experienced hair regrowth, while the other three (27.3%) did not, as they report in the retrospective chart review.

“A success rate of 73% is very good,” said lead author Cory A. Dunnick, MD, professor of dermatology and director of clinical trials at the University of Colorado, Aurora. No serious adverse events occurred, and adverse events of any kind were limited, the researchers found.

”It is important to get information into the literature about potential treatments for severe alopecia areata because there is no FDA-approved therapy at the present time,” Dunnick told Medscape Medical News. Patients’ insurance plans often deny non-FDA approved therapies unless there are data to support their use, she added.

The researchers found no correlation between the dose, duration of treatment, or the presence of comorbidities and clinical response.

Oral tofacitinib has been shown to be effective and well-tolerated for AA in adults, the researchers say. They referred to recent studies that have used JAK inhibitors, including tofacitinib, “in an effort to inhibit T cell activation and halt disease progression in adult and pediatric patients” with AA.

Of the 11 patients evaluated, six had alopecia universalis, one had alopecia totalis, and four had patchy AA. Concomitant medical conditions known to be associated with AA affected four patients. These included atopic dermatitis, autoimmune hypothyroidism, and asthma. One patient reported having two brothers with AA.

The median disease duration was 6 years. “In my experience, JAK inhibitors are less effective for patients with long-standing — more than 10 years — alopecia totalis or alopecia universalis,” Dunnick said.

The study was a retrospective review, so dosing was not standardized, the researchers say. Most took 5–10 mg twice daily. Median treatment time was 32 months, with a range of 5–39 months.

Patients with a complete or near complete clinical response were categorized as responders; subjectively, these were the patients who had persistent hair regrowth over more than 50% of affected areas. Five patients had complete regrowth of hair on the scalp, eyebrows, and body during treatment. Others had incomplete responses. For instance, one patient had improved growth of eyelashes and eyebrows but not on the scalp. Once the medication was increased to 15 mg daily, the patient had complete regrowth of body hair, eyelashes, and eyebrows but slow regrowth on the scalp after 1 year of treatment.

“Patients are very happy with regrowth of their hair,” Dunnick said, noting that severe AA affects self-esteem and quality of life.

In a retrospective study published in 2020 that looked at the effects of oral tofacitinib given to 14 preadolescent patients with AA, nine experienced ”clinically significant improvement” in their Severity of Alopecia Tool score. Three had complete remission, and seven (63.6%) had more than a 50% improvement in the score.

The researchers of the current study explained that interferon signaling activity through the JAK pathways is a key mediator of the inflammation and cytotoxic T-cell response in AA. That modulation of the signaling may decrease disease progression, as the results of the current chart review suggest.

Asked to comment on the study results, Brett King, MD, PHD, associate professor of dermatology at Yale University, said that the study “is an important addition to a series of articles dating back to 2017 showing efficacy of tofacitinib in the pediatric age group.” The results are similar to those of previous studies, “showing that severe AA can be treated effectively with tofacitinib. Cumulatively, there is significant data to support treatment of this age group with JAK inhibitors,” he said.

At the European Academy of Dermatology and Venereology meeting in 2021, King presented the results of two phase 3 studies, which found that treatment with the oral JAK inhibitor baricitinib resulted in substantial hair growth in adults with AA. He and colleagues have also reported positive results of tofacitinib in treating AA in four children ages 8–10, with alopecia totalis and alopecia universalis, and in adolescents with AA.

Currently, three large, randomized phase 3 clinical trials of other JAK inhibitors for AA are underway ― ritlecitinib, baricitinib, and ruxolitinib ― and the ritlecitinib trial includes adolescents (ages 12 years and older). It is the results of these trials that we eagerly await because FDA approval will bring greater access to these treatments,” King said.