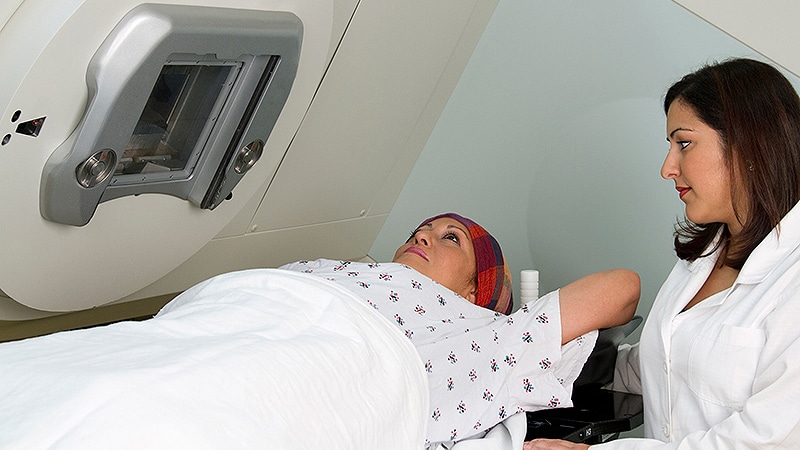 The study found that more than half of women with breast cancer experienced at least one substantial symptom during radiotherapy that went under-recognized by their physician.

What’s “particularly worrisome,” the authors say, is that under-recognition of symptoms, including severe pain, pruritus, edema, and fatigue, was most common in patients of racial and ethnic minority groups and younger patients.

The study was published online April 21 in JAMA Oncology.

The researchers found that physician under-recognition of one or more symptoms occurred at least once during radiotherapy in more than half of patients (53.2%).

Patients treated by a male physician (OR, 1.54) and those who received conventional fractionation (OR, 1.26) also had a higher likelihood of symptom under-recognition.

While the findings show that physicians “systematically miss substantial symptoms in certain patients,” the authors note that this gap in communication can be remedied.

“Improving symptom detection may be a targetable mechanism to reduce disparities in radiotherapy experiences and outcomes,” the authors write. Jagsi and colleagues advise all physicians to “inquire directly about potential toxic effects in detail with all patients to avoid missing symptoms they might help to mitigate.”