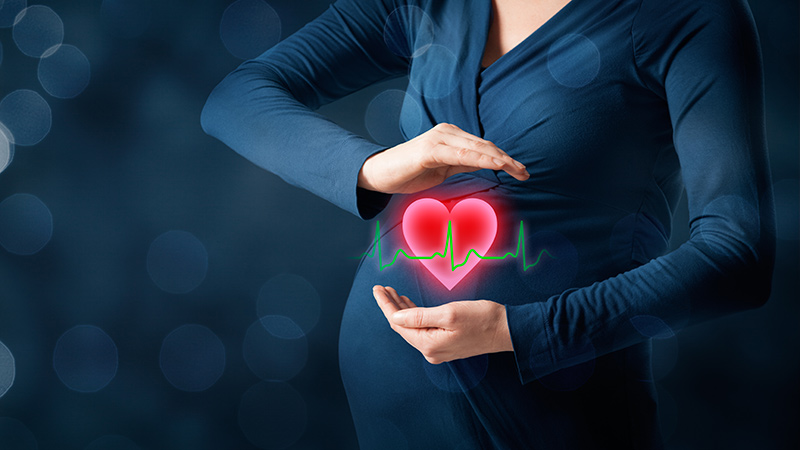 Although cardiovascular disease (CVD) is the number-one cause of pregnancy-related death in the United States, a new survey suggests the cardiology workforce may be ill-prepared to care for pregnant and postpartum women.

The national survey found that only 29% of practicing cardiologists received cardio-obstetrics didactics during training, and among these, only 13% believed their clinical exposure to pregnant women with CVD while training was adequate.

Current cardiology fellows in training fared no better. One-third of fellows reported seeing a pregnant woman 0 to 1 time per year, and 83% did not have a formal cardio-obstetrics training module in their fellowship program. In programs with a formal module, just 13% require participation in the rotation.

The results, published in the Journal of the American Heart Association, also highlight a large self-perceived shortfall in clinical knowledge across the spectrum of cardio-obstetrics topics among cardiologists, trainees, and cardiovascular team members.

Recognition of the need for more cardio-obstetrics education and the importance of the team-based specialty has fallen on deaf ears for years, but there is a growing evidence base and grassroots support, she noted. Recent endeavors range from podcasts by CardioNerds to scientific statements from the American Heart Association and a 5-part focus seminar series by the American College of Cardiology (ACC). Champions include study coauthor and past ACC president Mary Norine Walsh, MD, as well as Vice President Kamala Harris, who led the White House’s first-ever Maternal Health Day of Action summit in December.

“I think really the pandemic also highlighted these awful disparities in our outcomes, especially for our Black mothers in this country,” Bello said. Indeed, the maternal mortality rate for Black women in 2020 was 55.3 deaths per 100,000 live births, or nearly 3 times higher than for White women, according to the Centers for Disease Control and Prevention.

The electronic survey was sent in the summer of 2020 to 5091 US ACC member adult and pediatric cardiologists, fellows in training, and cardiovascular team (CVT) members (physician assistants, nurse practitioners, registered nurses, and pharmacists). A total of 311 cardiologists, 139 fellows, and 51 CVT members completed the survey, for a response rate of 10%.

Fewer than one third of clinicians reported that they see a pregnant or lactating patient at least monthly. Most cardiologists (42%) and fellows (40%) reported seeing such patients only every 3 to 6 months, whereas 51% of CVT members are never involved in the care of pregnant or postpartum women.

Despite the field’s existence for several decades, 76% of cardiology physician and 63% of CVT member practices lack access to a dedicated cardio-obstetrics team.

Overall, 56% of practicing cardiologists reported they were “very” or “extremely” confident in prescribing a medication to pregnant women.

Cardiologists reported the lowest levels of confidence recommending contraception to women with cardiovascular disease and treating complex congenital heart disease in both pregnant and nonpregnant patients.

The highest gap in comfort between treating pregnant and nonpregnant patients for cardiologists was in medication safety in pregnancy and lactation (42%), followed by the management of aortopathies (40%) and acute coronary syndromes (39%) during pregnancy and delivery.

For fellows in training, the largest gap in comfort between treating pregnant and nonpregnant patients was in valvular disease in pregnancy (69%), followed by acute coronary syndromes during pregnancy (67%) and performing a physical exam and interpreting cardiovascular physiology during pregnancy (66%).

“We’re not saying cardiologists, trainees, and cardiovascular team members don’t know what they’re doing. I don’t want this to be misconstrued,” Bello stressed. “But I think because it happens so rarely for some people, they just don’t have that sense that they can do this with their eyes closed in the middle of the night, but may need to read up on something, make sure there’s nothing new.”

Although there isn’t a formal cardio-obstetrics fellowship training program yet, she noted that targeted educational opportunities are available for free, mostly through the ACC. There are also quarterly journal clubs and partnerships in play with other cardiovascular professional societies like the Society for Cardiovascular Angiography and Interventions to host webinars. “We’re really trying to weave ourselves into the educational programming for all of cardiology, so that it’s covered in national meetings.”

These targeted efforts will have to compete with the usual diet of titillating topics like coffee or alcohol consumption, but, at least based on the survey results, the cardiology community is ready. A full 92% of respondents thought positively about the inclusion of cardio-obstetrics in the ACC’s repertoire of educational products and 46% of fellows said it’s important for cardio-obstetrics to be included in the Core Cardiovascular Training Statement requirements.