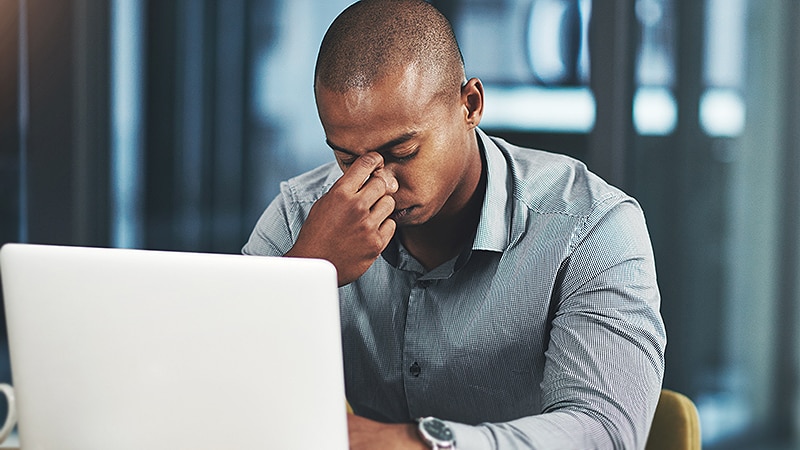 Culture-directed therapy (CDT) can be a reasonable alternative to empiric antibiotic treatment for patients with acute exacerbations of chronic rhinosinusitis (AECRS), according to a recent study published in the International Forum of Allergy & Rhinology. The findings were also delivered as a podium presentation at the American Rhinologic Society’s Annual Meeting in Philadelphia in September.

Jeffrey D. Suh, MD, professor of rhinology and skull base surgery at UCLA’s Department of Head and Neck Surgery in Los Angeles, was the senior author of the current study. “Usually, the key is to not give antibiotics when there is suspicion for viral sinusitis or simple allergies,” Suh explained in an email. “With acute rhinosinusitis (ARS), the etiology is most commonly viral and generally resolves with over-the-counter treatments. Whereas in acute exacerbations of chronic rhinosinusitis (AECRS), I find that bacterial sinusitis is much more common.”

The study involved 85 patients who underwent nasal endoscopy at the senior author’s clinic at a tertiary care center. Investigators obtained mucopurulence using a swab, and submitted them for bacterial cultures.

Depending on the severity of symptoms and shared decision-making with the patient,  treating physicians either prescribed empiric antibiotics (75%) or waited for culture results and culture-directed therapy (25%). For 73% of patients, the treatment plan turned out to be appropriate, but for the other 27%, the treatment plan required a change once culture results returned a few days later.

Cultures most commonly grew Staphylococcus aureus (31.5%) and Pseudomonas aeruginosa (10.2%). Other Gram-positive species made up 5.6% of the culture results. Other Gram-negative bacteria made up another 37% of the cultures, and no bacterial growth was observed in 35.2% of cases.

The authors acknowledged that presence of bacteria did not necessarily indicate that those bacteria were the cause of the AECRS. They also acknowledged that the population was homogeneous and limited to one study site, that the study was not blinded, and that it may have been affected by selection bias.

Rhinosinusitis is often treated empirically with antibiotics, even though the US Centers for Disease Control and Prevention (CDC) and the Infectious Diseases Society of America (IDSA) cite the dangers of fueling antibiotic resistance and causing unnecessary antibiotic-related illnesses in patients by doing so.

CDT addresses this issue directly by only prescribing antibiotics specific to bacterial pathogens found in a sample of purulent drainage.

A 2018 Cochrane Review found that only 5%–11% of  people with acute rhinosinusitis (ARS) would be cured faster if they received antibiotics instead of placebo or no treatment, but giving antibiotics to patients with sinusitis is sometimes a patient satisfaction issue.

Lauri Hicks, DO, director of the Office of Antibiotic Stewardship at the CDC, told Medscape, “Rhinosinusitis is the syndrome that is most commonly associated with unnecessary and inappropriate antibiotic prescribing. Unnecessary and inappropriate use contributes to the development of antibiotic resistance. Antibiotics are also associated with adverse events ranging from mild to severe, so improving prescribing is fundamentally about improving patient safety.”

Multiple guidelines exist for prescribing antibiotics for ARS, often aimed at determining whether the presenting symptoms indicate viral or bacterial sinusitis. Suh finds that rhinosinusitis generally requires treatment if the patient’s mucous is green, yellow, or brown; persists for more than a few days; and the symptoms are focal and unilateral. Fever is also considered a common sign of bacterial sinusitis.

“There is a wide difference in bacteria that are typically found with ARS vs CRS,” Suh noted. “The CRS bacteria tend to be more virulent and resistant to standard antibiotics like azithromycin and amoxicillin. Even after surgery, the flora tends to be different from ARS and we see a lot more staph and Gram-negative bacteria.”

Suh hopes that scientists someday develop better point-of-care testing for bacterial infections, antibiotic sensitivities, and viruses, providing more immediate results. “That way, antibiotics could be given more appropriately rather than by clinical suspicion,” he said. “This would be especially helpful for internists that can’t do nasal endoscopy or don’t have the availability to do computed tomography (CT) scans in the office like many ear-nose-throat (ENT) doctors can.”

And Hicks added: “There are a number of steps that can be taken to improve antibiotic prescribing for respiratory infections, like rhinosinusitis. CDC recommends leveraging the Core Elements of Outpatient Antibiotic Stewardship to improve prescribing practices.

“Everyone can play a role in improving how antibiotics are prescribed and used. November 18-24 is US Antibiotic Awareness Week (USAAW), so it’s a perfect time to get involved.”

For more information on USAAW, CDC has a “toolkit” here.

One of the study authors, David M. Beswick, MD, is a consultant for Garner, which is not related to this study.

Originally presented at the American Rhinological Society Annual Meeting in Philadelphia on September 10, 2022.