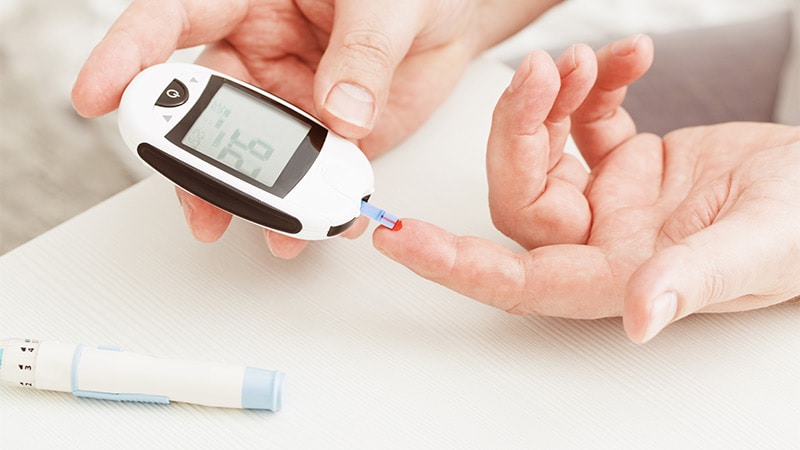 Strasbourg, France — An international team coordinated by researcher Vincent Marion, PhD, deputy director of the French National Institute of Health and Medical Research (Inserm)/University of Strasbourg Medical Genetics Laboratory, has published the results of its research on a molecule called PATAS in the journal Diabetes. This drug could herald a new therapeutic era in type 2 diabetes. Medscape Medical News interviewed Marion about this molecule.

Medscape Medical News : Available antidiabetic treatments mitigate the consequences of type 2 diabetes by focusing primarily on glycemic regulation. In contrast, your new approach targets the underlying biologic mechanism responsible for the disease. What does it involve?

Marion: Our study, conducted in collaboration with the University of Birmingham in the United Kingdom, Monash University in Australia, and Dr Alexander Fleming, former director of the Diabetes Division of the US Food and Drug Agency, shows that our peptide drug called PATAS — an acronym for “peptide derived from PKC alpha targeting ALMS” — treats the actual source of diabetes. The first representative of a novel class of antidiabetic drugs christened “adipeutics,” as a result of their specific targeting of the adipocyte; its distinctive feature is that it treats insulin resistance. In mouse, rat, and dog models, our new therapy specifically restores glucose absorption in the dysfunctional adipocyte.

Medscape Medical News : So are you reestablishing insulin signaling in the dysfunctional adipocyte to treat insulin resistance?

Marion: In fact, PATAS specifically targets adipocytes by restoring glucose absorption in those cells, thereby reestablishing the metabolic physiology of adipose tissue. Fat cells control insulin resistance by absorbing 10% of circulating glucose. This fuels a process that is very beneficial in the case of adipose tissue, namely lipogenesis. Therefore, we are not targeting an indication with antihyperglycemic treatment, but rather with “insulin-resistance treatment,” because this mechanism represents the root of the problem in type 2 diabetes, in hepatic steatosis and fibrosis, and in associated cardiovascular diseases. Improving the physiology of adipose tissue restores lipid homeostasis. Until now, adipose tissue has been overlooked or even ignored in diabetes treatment research on the pretext that it absorbs only a small amount of circulating glucose.

Medscape Medical News : How did you devise this research strategy?

Marion: This study arose out of previous work conducted by our team, which had identified a new therapeutic target against type 2 diabetes by focusing on an ultrarare monogenic illness, Alström syndrome. We showed that adipose tissue abnormalities caused by the loss of function of the ALMS1 protein induce extremely severe insulin resistance associated with early-onset type 2 diabetes in individuals with this syndrome. We confirmed in animals that restoring the function of this protein in adipocytes alone reestablished glycemic balance.

We then took a closer look at ALMS1 and how it interacts with other proteins in adipocytes. In the absence of insulin, it binds to another protein called PKC alpha. Conversely, activation of insulin in the adipocyte causes these two proteins to separate, resulting in glucose absorption. In patients with type 2 diabetes, who are consequently insulin-resistant, this bond between the two proteins is maintained. Our idea was, logically, to design a peptide (ie, PATAS) that breaks the interaction between ALMS1 and PKC alpha, with a view to reestablishing insulin signaling in the dysfunctional adipocyte.

Medscape Medical News : What were your results?

Marion: Using PATAS in the form of once-weekly subcutaneous injections in abdominal fat in diabetic mouse models, adipocytes that no longer had access to glucose were once again able to absorb it and then metabolize it to synthesize and secrete beneficial lipids throughout the body, while at the same time absorbing extremely toxic lipids: nonesterified fatty acids.

The effects can be seen in animals, with a marked improvement in insulin resistance, as evidenced by a dose-effect reduction in the homeostatic model assessment index by a factor of five after 1 month of treatment, and in other parameters and comorbidities, particularly improved glycemic regulation. In fact, the glucose tolerance test improved significantly in diabetic animal models. In addition, liver steatosis and fibrosis were considerably reduced in all diabetic animal models tested, including in one of the reference models for fatty liver disease, namely the Japanese STAM mouse model. Thus, PATAS reduced hepatic steatosis by 60% and hepatic fibrosis by 40% after only one month of treatment at a dosage of 2 mg/kg/week.

Medscape Medical News : When does the next step begin?

Marion: A phase 1 clinical trial to test this new therapeutic pathway is planned in 2023. To date, we are the first team to develop this mechanism of action — treating diabetes by restoring the physiology of adipose tissue — using an antidiabetic agent that also seems to be better tolerated by patients. However, the data are still confidential. This invention is already protected by several patent families.