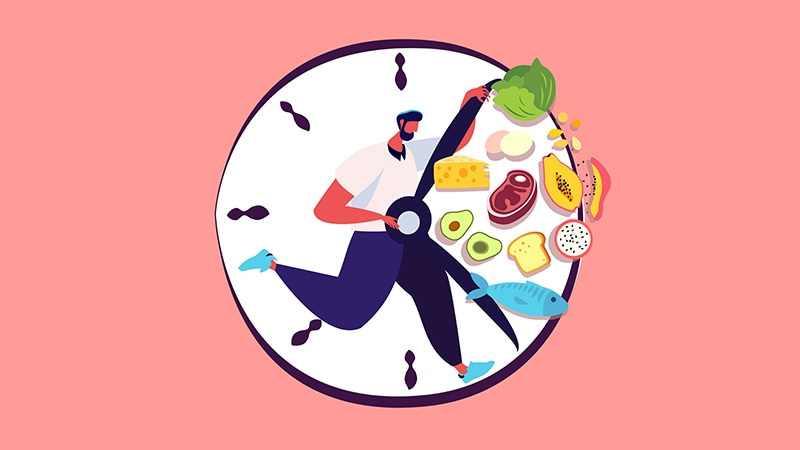 The findings were published online May 17 in the Journal of the American College of Cardiology: Cardiac Onco.

Physical activity is one of the main modalities for lowering cardiovascular risk, but it is not feasible for everyone because of physical limitations and other factors, noted Kirkham.

“I became interested in time-restricted eating when I came across the literature, which has really exploded in the last 5 years, showing that it can reduce the number of cardiovascular risk factors,” she told theheart.org | Medscape Cardiology in an interview.

This approach is easy for patients to follow and is much simpler than many of the other dietary patterns, noted Kirkham. “It simply consists of having a start time or end time to your eating, so it is easy to prescribe,” she said. “You can see how that is much easier for a doctor to explain to a patient than trying to explain how to meet the physical activity guidelines each week.”

“This particular study definitely shows that time-restricted eating can decrease the calorie intake and I think by decreasing the calorie intake you definitely would improve the body weight, which has numerous benefits irrespective of how we arrive at the end goal which is including the cardiovascular risk factors,” said Ajay Vallakati, MBBS, physician and clinical assistant professor of internal medicine, the Ohio State University, Columbus, commenting on the study.

“I think time-restricted eating is a tool we should look at and a bigger study would help us to recommend this for our patients,” Vallakati told theheart.org | Medscape Cardiology.

The study involved 22 participants. Mean age was 66 years. Mean body mass index (BMI) was 31 ± 5 kg/m². In the cohort, 91% of participants were taking aromatase inhibitors and tamoxifen at the time of the study and 50% underwent left-sided radiation.

The study group included breast cancer survivors who had risk factors for cardiovascular disease mortality, including completion of cardiotoxic therapy, like anthracyclines, within 1 to 6 years, obesity/overweight, and older age, defined as 60 years of age or older.

Participants were allowed to eat freely between 12 PM and 8 PM on weekdays and any time during weekends. Outside of the allotted hours, they could only drink black coffee, water, or black tea for the 8-week study period. They were not under any other physical activity or dietary restrictions.

All were provided with behavioral support, such as check-in phone calls with the research team at 1, 3, and 6-week follow-up and pre-interventional calls from a registered dietitian. During weekdays, they also received automated text messages twice a day asking what time they started and stopped eating.

Irritability and headaches were among the transient, minor symptoms reported, the researchers say. The study group responded to nearly all of the text messages that they received from the researchers. The participants also followed through with the fast for a median 98% of the prescribed days by fasting for 16 or more hours.

The results showed that after 8 weeks, median Framingham cardiovascular risk declined from 10.9% to 8.6%, a 15% relative reduction (P = .037). Modifiable aspects of Framingham, such as systolic blood pressure, total cholesterol, and high-density lipoprotein, remained relatively consistent overall, however, suggesting variation between individuals in the etiology of the risk decline.

Other data showed that the average BMI remained the same (P = .10).

At the beginning of the study, 68% of the cohort was considered cardiometabolically unhealthy, given the benchmarks for pharmacologic preventive therapy of cardiovascular risk or metabolic syndrome based on Canadian Cardiovascular Society recommendations.

Notably, 53% of the cohort was no longer classified as meeting the criteria for metabolic syndrome or for the therapeutic treatment of cardiovascular risk after the intervention.

The study’s limitations include its short duration, selection bias, and that it did not involve a control group, the researchers acknowledge.

“Randomized controlled trials are needed to confirm these findings and to evaluate the health benefits, including potential healthcare cost savings and safety of longer-term time-restricted eating,” the researchers conclude.

Vallakati and Kirkham report no relevant conflicts of interest.

Ashley Lyles is an award-winning medical journalist. She is a graduate of New York University’s Science, Health, and Environmental Reporting Program. Her work has appeared in outlets like The New York Times Daily 360, PBS NewsHour, The Huffington Post, Undark, The Root, Psychology Today, Insider, and Tonic (Health by Vice), among other publications.