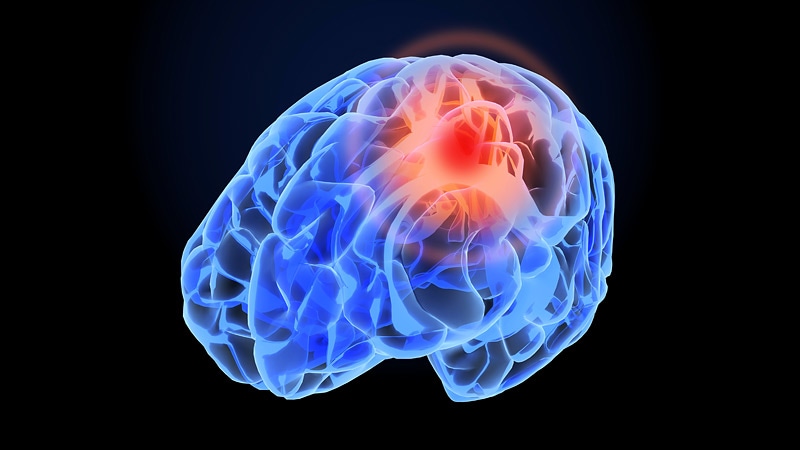 In a randomized, phase 3 trial of more than 900 patients with acute ischemic stroke who underwent EVT, the median Modified Rankin Scale (mRS) score at 90 days was 3 both in patients who received tirofiban and those who received placebo.

“There was treatment effect modification by stroke etiology, where patients with large-artery atherosclerosis [LAA] seemed to benefit from the treatment,” said investigator Raul Nogueira, MD, director of the University of Pittsburgh Medical Center Stroke Institute, during his presentation. “Tirofiban may improve EVT outcomes in LAA strokes. This obviously requires further investigation in future trials to confirm these findings.”

Results of the RESCUE BT trial were presented at the International Stroke Conference (ISC) 2022, which was held in New Orleans, Louisiana, and online.

EVT greatly increases the rate of reperfusion and improves functional outcomes in patients with LVO stroke, the researchers note. But mechanical thrombectomy devices may injure the vessel wall, which can lead to clot formation and vessel reocclusion.

Platelet inhibition is a potential tactic for improving outcomes in this setting. Tirofiban, a glycoprotein IIb/IIIa receptor inhibitor, is a reversible antiplatelet drug with a rapid onset of action and a short half-life. The drug’s safety and efficacy in acute coronary syndrome are well established. There has been little evidence to date, however, on whether tirofiban improves outcomes among patients with LVO stroke.

The investigators conducted the Endovascular Treatment With Versus Without Tirofiban for Stroke Patients With Large Vessel Occlusion (RESCUE BT) trial to evaluate the safety and efficacy of IV tirofiban therapy before EVT in patients with LVO stroke. They recruited consecutive patients at 55 thrombectomy-capable hospitals in China.

Patients were randomized in groups of equal size to placebo or tirofiban and stratified by NIHSS score and occlusion site. Tirofiban was administered in a 10-µg/kg bolus followed by continuous infusion (0.15 µg/kg/min) for 24 hours. All patients underwent rapid EVT.

At the 20th hour after treatment initiation, antiplatelets were administered orally. IV study drug was stopped at the 24th hour.

The study’s primary endpoint was disability level, as measured by overall distribution of the 90-day mRS score. The primary safety endpoints were symptomatic intracranial hemorrhage (ICH) at 48 hours and mortality at 90 days.

The investigators screened 1970 patients and enrolled 950 into their study. The population’s median age was 67 years, and 58.8% of participants were men. In all, 463 participants were randomly assigned to tirofiban, and 485 to placebo. Two patients withdrew consent, and none were lost to follow-up.

Baseline characteristics were well balanced in both groups. One difference, however, was that LAA was less prevalent in the tirofiban group (42.6%) than in the control group (49.1%).

The primary endpoint did not differ between treatment groups. The adjusted common odds ratio was 1.09 (P = .46). “There is perhaps a sign that there is maybe a favorable effect of tirofiban,” said Nogueira. “However, this did not reach statistical significance.”

In prespecified subgroup analysis, the researchers found that among patients with LAA, the adjusted common odds ratio was 1.43 favoring tirofiban treatment. No other subgroups showed significant differences.

“In the intention-to-treat analysis, tirofiban did not improve clinical outcomes in the overall study population,” said Nogueira. “It did increase the rate of any ICH and potentially increased the rate of symptomatic ICH as well.”

The ongoing RESCUE BT2 trial is examining the safety and efficacy of tirofiban in patients with acute ischemic stroke with non–large-vessel occlusion. As of January 20, 781 patients had been assigned randomly to treatment, said Nogueira.

Commenting on the findings for Medscape Medical News, Louise McCullough, MD, PhD, professor and chair of neurology at University of Texas Health, McGovern Medical School in Houston, Texas, said that the study was well designed.

“The concern with any kind of platelet therapy or adjunctive therapy is hemorrhage,” said McCullough, who was not involved in the research. The results in the overall population support this concern.

The location of the trial sites may have influenced the results. “It was a multicenter trial, but it was predominantly done in Asia, and we know that there are higher levels of intracranial atherosclerosis in that population,” said McCullough.

The results indicate a potential benefit of tirofiban in patients with LAA, yet this finding raises practical questions. “It’s often difficult to know if these patients have atherosclerosis until you’re actually in the vessel,” said McCullough.

The findings may not have immediate practical implications. “I don’t think that in routine clinical practice it’s something that we would offer until we can decide how safe it is,” said McCullough. The question will be how to select the populations in whom the drug will have the most efficacy.