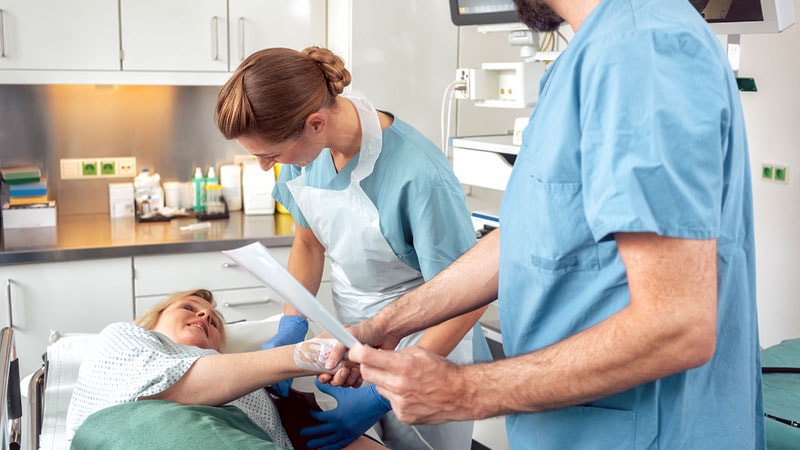 Americans are starting to heed updated US colorectal cancer screening guidelines and getting their first colonoscopies at age 45 years, a new study shows.

Researchers found the proportion of people aged 45-49 years who underwent first-time colonoscopy screening at Stanford University’s Northern California clinics more than tripled since the major US guidelines lowered the starting age from 50 to 45.

Meaningfully, detection rates of noncancerous lesions in the younger group were comparable to initial screenings of people aged 50-54 years and were the same as rescreening people aged 60-64 years.

“No one is wondering if we should screen people aged 60-64 years, but we may be providing a greater benefit to younger people,” said lead author Uri Ladabaum, MD, who directs the Gastrointestinal Cancer Prevention Program at Stanford University School of Medicine.

“What I found very interesting is that what we were finding in the 45- to 49-year-old group is what we find in people aged 60-64 years on their repeat screens,” he told Medscape Medical News.

The study was published online in Clinical Gastroenterology and Hepatology.

Prior to the change, the starting age for average-risk individuals had been 50, except for African Americans, who since 2005 have been counseled to begin CRC screening at age 45.

In their study, Ladabaum and his team examined data from four endoscopy units in different locations to determine the impact of the new guidelines on colorectal screening at 45 years old, and also how they might change the volume of colonoscopies performed by age.

They examined 7990 colonoscopies performed by 44 endoscopists on asymptomatic, average-risk patients during two periods.

The proportion of first-time screening colonoscopies that the Stanford healthcare system performed in people aged 45-49 years increased from 3.5% in the period before the updated guidelines to 11.6% in the period following.

So far, the increase is modest, the authors write, and most first-time screening colonoscopies continue to be performed on people aged 50-54 years.

The research did not examine colonoscopies that resulted in cancer findings. It also did not investigate gender, ethnic, racial, or socioeconomic differences, nor did researchers consider the impact of the COVID-19 pandemic on colonoscopy volume.

Impact of Lower Screening Age May Not Be Known for Years

Commenting for Medscape Medical News, Aasma Shaukat, MD, MPH, director of gastroenterology outcomes research at NYU Grossman School of Medicine in New York City, said the good news from the new research is more people aged 45-49 years, at least those who are Stanford patients, are signing up for screening colonoscopies.

But she pointed out that the new study fails to examine whether lowering the starting age for colorectal cancer screening detects additional cancers or saves lives. Shaukat is also the first author of the American College of Gastroenterology 2021 CRC screening guidelines.

Ladabaum said he plans to investigate the cancer detection rate in younger patients in a future study.

“The bigger question is, ‘Should we be screening this group?’ ” Shaukat asked. “Did we pivot our energy and focus to this younger group at the expense of a more difficult to reach and older group?”

“We’ve made this decision that we’re going to include this younger age group, and I think that’s a good strategy,” she said. “But we don’t know for sure. Maybe we’ll know in another 5 or 10 years.”

Although first-time CRC screening at age 45 is likely to be highly cost-effective, Ladabaum and colleagues note in the study, greater benefits at lower costs could come from boosting screening rates in people over age 50, especially if resources are limited.

Ladabaum reports serving on the advisory boards of UniversalDx and Lean Medical and as a consultant for Medtronic, Clinical Genomics, Guardant Health, and Freenome. Shaukat reports consulting for Freenome.