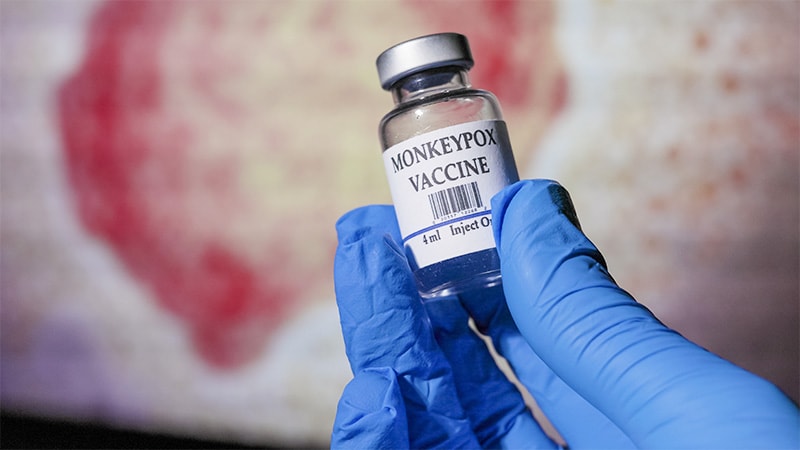 Demand for the monkeypox vaccine in the U.S. is outpacing the nation’s supply as the outbreak grows nationally and globally.

The U.S. has ordered nearly 7 million doses overall, but most of that won’t arrive for months. About 372,000 doses have been received by the federal government so far, and 156,000 doses have been distributed nationally, according to The New York Times.

“We don’t yet have all the vaccine that we would like in this moment,” Rochelle Walensky, MD, the CDC director, told reporters on Friday.

The federal government made another 131,000 doses available to states and jurisdictions on Friday. The Department of Health and Human Services has ordered millions of doses, with 2.5 million coming later this year and 2.5 million arriving next year.

“It’s like saying we have a tanker of water coming next week when the fire is happening today,” Gregg Gonsalves, PhD, an epidemiologist at the Yale School of Public Health, told the newspaper.

“Now we’re in a situation where it’s going to be exceedingly difficult, with limited supplies of the vaccine and still some problems with testing, to get this under control,” he said.

More than 1,900 monkeypox cases have been identified in the U.S., according to the latest CDC data. New York has reported more than 520 cases, followed by California with 267, Illinois with 200, and Florida with 180.

Most cases are among gay or bisexual men, and men who have sex with men, Walensky told reporters, and the numbers are expected to rise in coming weeks.

Globally, more than 13,000 monkeypox cases have been identified in 65 countries, the latest CDC data show. Spain has reported more than 2,800 cases, followed by the U.S., Germany, and the U.K. with around 1,900 cases each.

“Our window of opportunity to control it is rapidly closing,” Anne Rimoin, PhD, an epidemiologist and monkeypox expert at the University of California, Los Angeles, told the Times.

“There are probably a lot more cases out there than we’re aware of,” she said.

The CDC has teamed up with five major commercial testing companies, including Labcorp and the Mayo Clinic, to expand the nation’s testing capacity. The U.S. can now test about 70,000 samples per week, up from 6,000 at the beginning of the outbreak.

Jynneos, a vaccine with two doses that are given 28 days apart, is the only FDA-approved shot specifically for monkeypox. The vaccine is made by Bavarian Nordic, a company in Denmark, and the global supply has been limited.

The FDA recently inspected the company’s manufacturing facility and is deciding whether to approve an additional 780,000 doses created there, the Times reported.

“We’re diligently working to finish up our evaluation of the required information, anticipating the hopeful release of these doses before the end of July,” Peter Marks, MD, director of the FDA’s Center for Biologics Evaluation and Research, told the newspaper.