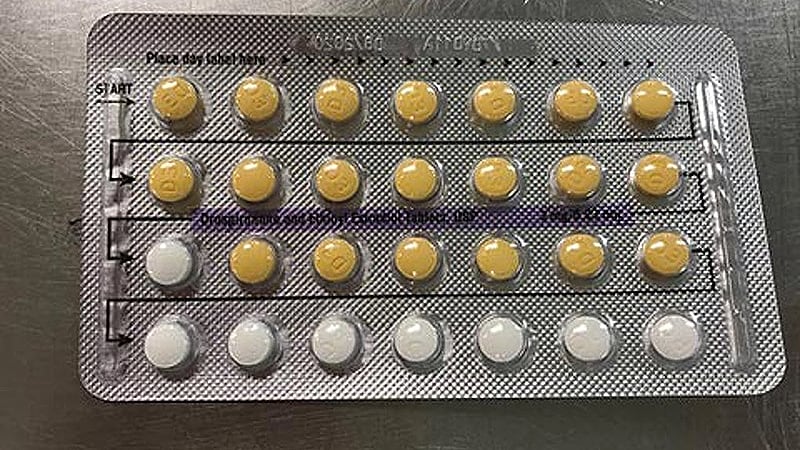 Vaginal estradiol tablets promoted significant changes in the vaginal microbiota in postmenopausal women compared with vaginal moisturizer or placebo, but reduction in bothersome symptoms were similar, based on data from 144 individuals.

“In the Menopause Strategies–Finding Lasting Answers and Health (MsFLASH) trial network’s Vaginal Health Trial of treatment for moderate to severe vaginal symptoms of menopause, there were no significant differences in reduction of vaginal symptoms among women using the estradiol vaginal tablet or vaginal moisturizer compared to women using the placebo regimen; all three groups had a reduction in vaginal symptoms,” lead author Sujatha Srinivasan, PhD, of the Fred Hutchinson Cancer Center, Seattle, said in an interview.

“However, the impact of these treatments on the vaginal microenvironment are poorly understood,” she said.

In a study published in JAMA Network Open, Srinivasan and colleagues conducted a secondary analysis to examine the effects of estradiol or a low-pH vaginal moisturizer on the vaginal microbiota, metabolome, and pH after 12 weeks of treatment vs. a low-pH placebo.

“Changes, or lack thereof, in the vaginal microenvironment might have implications beyond symptoms, and might be linked to risk for cervical cancer, genital infections, or other outcomes, though our study did not evaluate those associations,” Srinivasan said in an interview. Srinivasan’s comments were corroborated by coauthor Caroline M. Mitchell, MD, of Massachusetts General Hospital, Boston.

The study population included postmenopausal women with moderate to severe genitourinary symptoms who were enrolled in a randomized, controlled trial between April 2016 and February 2017. The average age of the women was 61 years, and 90% were White. The women were randomized to 10 mcg vaginal estradiol plus placebo gel, placebo tablet plus vaginal moisturizer, or a dual placebo.

The primary outcome in the original study was a change in the reported most bothersome symptoms (MBS) selected by the participants at the time of study enrollment; these included pain with penetration, vaginal dryness, and vulvovaginal irritation, itching, and pain. The main outcomes in the secondary analysis were changes in the diversity and composition of the vaginal microbiota, changes in the metabolome, and pH. Microbiota diversity was calculated via the Shannon Diversity Index (SDI).

After 12 weeks, the bacterial microbiota were dominated by Lactobacillus and Bifidobacterium in 80% of the estradiol group, 36% of the moisturizer group, and 26% of the placebo group (P < .001).

In addition, diversity analysis showed significant changes in bacterial composition in women in the estradiol group compared with the placebo group, but no significant differences between the moisturizer and placebo groups.

The composition of vaginal fluid small molecule metabolites changed significantly in 90 of 171 metabolites measured in the estradiol group from baseline to 12 weeks. Changes in the moisturizer and placebo groups were not significant.

Improvement in MBS symptoms by at least 2 points occurred in 53% of the estradiol group, 44% of the moisturizer group, and 49% of the placebo group. The similarity in severe symptom improvement among the groups confirms the lack of a causal association between microbiota and postmenopausal vaginal symptom severity, the researchers wrote.

“This study demonstrated that a decrease in vaginal pH alone was insufficient to change the vaginal microbiota,” Srinivasan said. “While the changes with estrogen were somewhat expected, the observation that low-pH vaginal products don’t change the vaginal microbiota is contrary to some expectations, and suggests that “low-pH” products may not be as helpful as their marketing claims,” she added. “A vaginal microbiota with an abundance of lactobacilli, a vaginal microenvironment with high concentrations of lactate, and a low vaginal pH is associated with health in premenopausal women. We also know that such a microenvironment is typically associated with low inflammation,” said Srinivasan. “At this time, we don’t have specific information as to how this is beneficial to postmenopausal women,” she noted. However, “If we extrapolate from the data on premenopausal women, the data from this secondary analysis suggests that vaginal estradiol may have positive impacts on the vaginal microenvironment regardless of impact on symptoms,” she said.

“Future areas of investigation should focus on understanding potential benefits of a Lactobacillus-dominant microbiota in postmenopausal women,” Srinivasan said.

The study findings were limited by several factors including the relatively small number of participants, and collection of data samples at only three time periods, as well as the lack of data on whether the observed changes are durable over longer treatment times, the researchers noted.

“The need to increase participant diversity in studies of postmenopausal women is highlighted by our finding that the 6 Black women in our analysis were all categorized in the low-diversity subgroup; data from premenopausal women suggest that Black women have diverse bacterial communities,” they added.

However, the results suggest that “a significant decrease in pH over the course of a trial may not reflect the same underlying biological processes among different interventions, and thus, lowering pH should not be a primary goal,” they concluded.

Estradiol May Have Limited Clinical Impact

“For postmenopausal women with dyspareunia, vaginal dryness, and/or burning/itching/irritation, the question of appropriate treatment is common,” Constance Bohon, MD, a gynecologist in private practice in Washington, said in an interview. “It is helpful to have a study that focuses on the benefit of a moisturizer as compared with vaginal estrogen for these women,” she said.

Bohon said she was not surprised with the benefits of the moisturizer for dyspareunia and vaginal dryness. “What did surprise me was that the complaint of vaginal itch, burn, or irritation was not significantly improved in the vaginal estrogen group compared with the moisturizer group. I assumed that estrogen would have been more beneficial in this group because these symptoms are more likely to be caused by a vaginal infection that would not be improved with moisturizer alone,” she said. “I expected that the change in the vaginal flora to increase Lactobacillus would have had a greater impact on an infection than the moisturizer, which did not significantly change the flora.”

For clinicians, the take-home message is that, for these patients, use of a moisturizer may be sufficient, Bohon said.

“Additional research should be done to assess each issue,” she noted. “For example, in the women who have pain with sex, what is the frequency of intercourse?” she asked. Other research should address the questions of whether women who have intercourse at least once a week have less dyspareunia than those who have less frequent sex, and whether a lubricant decreases dyspareunia as well as a moisturizer or vaginal estrogen, she added.

The study was supported by the National Institutes of Health. Srinivasan disclosed personal fees from Lupin unrelated to the current study. Bohon had no financial conflicts to disclose and serves on the editorial advisory board of Ob.Gyn. News.