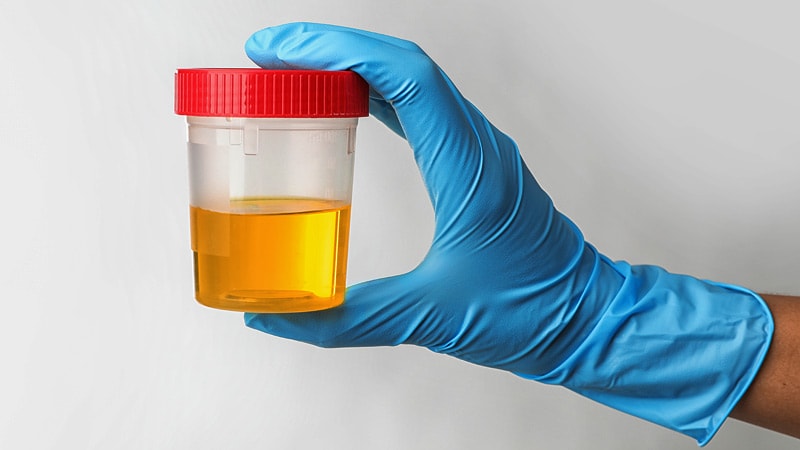 Pre-procedure urinalysis can be skipped before certain office-based urology procedures, such as prostate biopsy and cystoscopy, according to the results of a randomized trial.

Some centers perform the pre-procedure test to avoid urinary tract infections (UTIs), a feared iatrogenic complication, but the new findings indicate the step is unnecessary.

These results “will alter screening urinalysis practice at our hospital,” said Alexa Rose, a clinical research coordinator in the Department of Urology, University of Wisconsin School of Medicine and Public Health, Madison. Rose’s group presented the findings May 14 at the American Urological Association (AUA) 2022 Annual Meeting.

Although rates of post-procedure UTI are generally low after office-based cytology, it is the most common complication, Rose said. To minimize risk, preprocedural urinalysis had become standard practice at her institution.

For the study, Rose and colleagues sought to determine if the testing was indeed helping reduce the risk of UTI. They randomly divided 641 patients into two groups. Both received urinalysis, but test results of participants in the experimental group were not forwarded to clinicians.

Patients were undergoing one of three types of office urology procedures: cystoscopy (66.6%), intravesical therapy for bladder cancer (24.5%), and prostate biopsy (8.9%). Median age was 70 years and most participants (83%) were men.

The primary endpoint was a symptomatic UTI confirmed by culture 30 days after the procedure.

The nonsignificant difference fell easily within the study definition of noninferiority, according to Rose. Others offering preprocedural urinalysis should take heed.

“Due to the large cohort of patients we enrolled, we expect that it will be applicable to other institutions,” she told Medscape Medical News.

In a 2020 Best Practice Statement from the AUA on antibiotic prophylaxis, the risk of procedural-related UTI was considered to be much lower in out-patient versus in-patient settings.

The statement identified a long list of variables to guide screening for UTI and initiation of prophylactic antibiotics prior to urology procedures for hospitalized patients, but office-based procedures in low-risk, largely healthy patients were treated differently.

As a result, the operating hypothesis of the Wisconsin study is “flawed,” said Anthony J. Schaeffer, MD, professor of urology, Feinberg School of Medicine at Northwestern University, Chicago, Illinois.

“An asymptomatic patient undergoing office cystoscopy for [such indications as] hematuria or bladder tumor doesn’t need pre-procedural urinalysis or prophylactic antibiotics unless they have risk factors, such as immunosuppression,” Schaeffer told Medscape Medical News. “There is no relationship between preprocedural urinalysis and a post-procedure UTI caused by instrumentation.”

According to the AUA, neither antibiotic prophylaxis nor screening such as urodynamic studies is recommended prior to simple outpatient cystoscopy if patients are otherwise healthy and have no signs or symptoms of a UTI.

While antibiotic prophylaxis is standard of care for some outpatient urological procedures, such as transrectal ultrasound (TRUS)-guided prostate biopsies, the practice is appropriate whether or not patients undergo urinalysis, according to Schaeffer.

As a result, one problem with the new study was the lack of discussion about antibiotic prophylaxis.

“Presumably the patients undergoing TRUS prostate biopsies received antibiotic prophylaxis, which is a critical cofounder that they do not even mention,” Schaeffer said.

In patients with UTI symptoms, some screening is appropriate whether with a simple dipstick, laboratory-performed microscopy, or culture, according to the AUA.

In the absence of symptoms for a patient undergoing a class I (clean) procedure, the AUA statement recommends — and Schaeffer said he agreed — that antibiotic prophylaxis let alone urinalysis is not a standard, particularly for simple outpatient cystoscopy.

Rose and Schaeffer have reported no relevant financial relationships.

Ted Bosworth is a medical journalist in New York City.