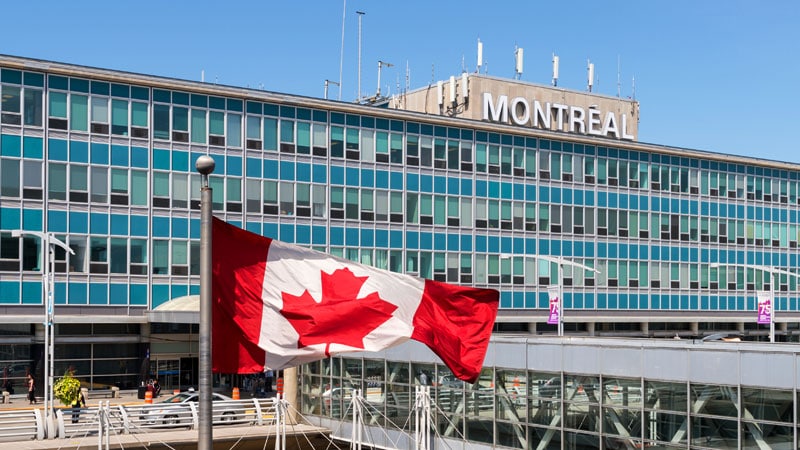 Canadian visa delays are casting a shadow over preparations for the upcoming 24th International AIDS Society (IAS) Conference scheduled to begin in Montreal July 29. Jean-Pierre Routy, MD, local cochair of the meeting, has predicted “a catastrophe for the spirit of the conference, for the image of Canada, and the federal government,” without a quick fix to the backlog of visa applications, which he says are delayed for hundreds of delegates.

“And the bad thing is the countries that require visas for Canada are mainly countries in Africa, and South America — so people where the epidemic is most important are having difficulties getting visas — and at least two are keynote speakers,” he told Medscape Medical News. “The federal government invested nearly four million dollars to make this convention a success, and they can’t fast-track two to three-hundred visas? It should be consistent with the good image of Canada, a country of human rights. We need this push; this convention is less than 6 weeks away,” he warned.

Routy said that the Geneva-based International AIDS Society, which organizes the conference, has appealed to the Canadian government but has had no response about a solution to the backlog, which he says seems to stem from pandemic-related workforce shortages. Efforts by Medscape Medical News to contact Canadian immigration authorities have also yielded no response. Indeed, recent national news stories have documented similar visa problems for Ukrainian refugees trying to get to Canada, as well as backlogs for Canadian citizens applying for passports.

But one would-be delegate who represents patient advocacy and civil society groups believes most of the blame falls on the IAS. “The IAS has a history of choosing countries that jeopardize the participation of civil society, communities, and key populations,” said Javier Hourcade Bellocq in an email to Medscape Medical News. Bellocq is a journalist based in Buenos Aires, Argentina, Editor-in-Chief of Corresponsales Clave, and a board member of the Global Fund to Fight AIDS, Tuberculosis and Malaria. “There is a general crisis in developing countries, regardless of the region, to access visas for Canada,” Bellocq wrote in an editorial for Corresponsales Clave. “Many affected people find that getting a visa for the US is much simpler than for Canada.”

It is not the first time that activists have opposed the choice of what country should host the International AIDS Conference, which is held every 2 years. At the 2018 meeting held in Amsterdam, there was widespread opposition over the announcement of San Francisco as the 2020 host city because many considered the United States an inhospitable country for many delegates “most affected by AIDS and HIV, including drug users and sex workers who live in other countries.”

Bellocq says the irony of the visa backlog is that it threatens to exclude delegates from countries most affected by HIV/AIDS. In a Twitter survey he launched in English, French, and Spanish, he says half of the 100 respondents report that “their process is bogged down for weeks in what they call biometrics, finger prints, and a photo taken by VFS [Visa Facilitation Services], a third party company that works for many embassies including Canada. So, at some point we will be asked to mail in our passport and then we will be invited to a consular interview and if the visa is approved our passport will be mailed back to us. We expect that many visas will be done after the close of the conference.”

Routy agreed that the delays could prevent attendance for some people, but defended the host country choice. “The organization wants the meeting to take place in different countries in the world, but first, in a safe environment, with medical support if someone gets sick, in a country recognized for human rights — not a country against gay rights or women’s rights. So Canada has been selected because it can ensure a high level of safety and care and a high quality of human rights, including the key population with HIV.”