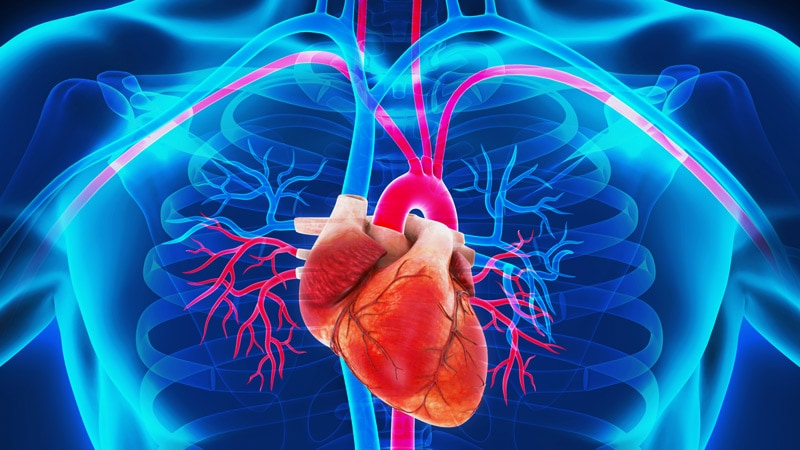 Cardiovascular health (CVH) scores that include sleep predicted CV disease risk among older US adults, supporting the American Heart Association (AHA)’s recent inclusion of sleep in its own checklist.

For the study, her team compared four versions of LS7 checklists that included sleep in relation to cardiovascular disease (CVD) risk.

Study participants scoring in the highest tertile of the CVH checklists that included sleep had up to a 47% lower CVD risk.

Sleeping 7 hours or more but less than 9 hours nightly was considered “ideal,” according to the study, which was published online October 19 in the Journal of the American Heart Association.

Makarem and colleagues analyzed data from participants in the Multi-Ethnic Study of Atherosclerosis (MESA) sleep study using overnight polysomnography, 7-day wrist actigraphy, validated questionnaires, and outcomes. They used the data to evaluate the four iterations of an expanded LS7 score:

Overall, 10% had sleep efficiency less than 85%; 14% had excessive daytime sleepiness; 36% had high insomnia symptoms; and 47% had moderate to severe OSA. Short-duration sleepers also had a higher prevalence of overweight/obesity, diabetes, and hypertension and had lower mean LS7 scores.

During a mean follow-up of 4.4 years, 95 prevalent CVD events and 93 incident cases occurred.

The LS7 score alone was not significantly associated with CVD incidence (HR, 0.62).

“Clinicians should ask patients about their sleep health and emphasize the importance of prioritizing sleep for heart disease prevention,” Makarem said.

“The sleep field has been fighting to get more sleep education into medical education for decades,” AHA volunteer expert Michael A. Grandner, PhD, Director of the Sleep & Health Research Program and of the Behavioral Sleep Medicine Clinic at the University of Arizona College of Medicine in Tucson, told theheart.org | Medscape Cardiology.

“To my knowledge, there still is not a lot of attention given to it, partly because the culture in medical school and among residents is one of not sleeping,” said Grandner, who was not involved in the study. “The culture among physicians is ‘Who needs sleep? I function fine without it.'”

“Sleep made it to the checklist because it is a biological requirement for human life,” he noted. “We sleep for the same reason we breathe and drink. It’s an imperative. Yet we live in a society that devalues sleep.”

It’s “extremely unusual” for a doctor to ask a patient how they’re sleeping, he said. “It’s also pretty unusual to have sleep-related conversations between doctors and patients, especially in the context of health, not just, ‘Hey, doc, I can’t sleep, throw me a pill.'”

Clinicians should be asking every patient about how they’re sleeping at every visit, Grandner said. “It’s now part of the official definition of heart health. Just like you would be remiss if you didn’t ask about smoking or test blood pressure, you’d be missing something important by not asking about sleep — something that has similar billing to diet, exercise, blood pressure, and all the other ‘essentials.'”

No commercial funding or conflicts of interest were declared.