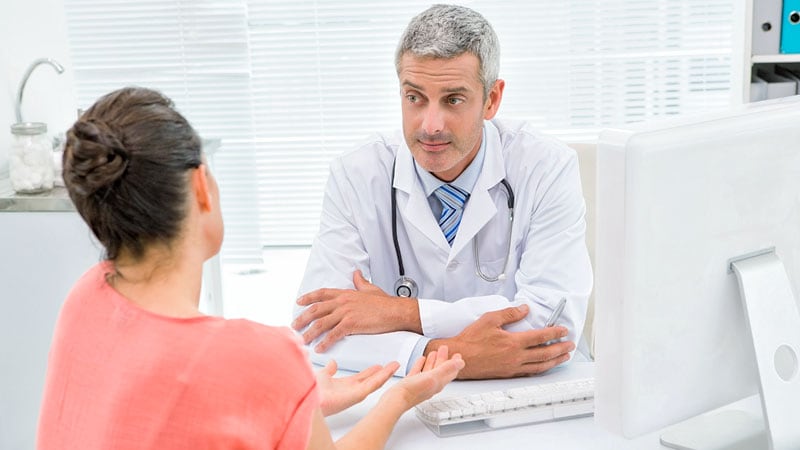 In the last 50 years, the model for physician–patient interaction has gradually moved from a physician-led, authoritarian model (paternalistic) to that of a collaboration between physician and patient (partnership, stewardship). Communication is essential for this relationship. In recent years, the emphasis on optimizing the physician’s communication during clinical consultations has increased with the aim of providing patient-centered care. Often, physicians and patients will interrupt each other during visits, but what are the reasons for and the impacts of these interruptions?

Interruptions can negatively affect key elements of a communicative exchange, particularly the communication of information to the patient or the development of rapport with the patient. Many studies have indicated that interruptions are numerous during outpatient visits for adults, and up to 75% of patients are interrupted by a physician before they finish speaking. This interruption reduced the average speaking time of the patient during the initial presentation of their problem from 73-150 seconds to 12-23 seconds.

Interruptions have long been associated with masculinity and male dominance, although others have questioned this direct link between gender and interruptions. A systematic analysis of cooperative and intrusive interruptions in various consultation phases of clinical practice interactions is lacking.

One study that was carried out in a primary care setting assessed whether speaker role (physician vs patient) and speaker gender predict the type of interruption in these particular consultation phases (first visit or follow-up). On average, the consultations lasted 870 seconds (14.5 minutes), with a range from 275 seconds (4.5 minutes) to 2091 seconds (35 minutes). For the analysis, the researchers focused on the problem presentation phase and the diagnosis or treatment plan phase, given that they are characterized by particular tasks and goals for the physician and patient.

Interruptions were defined as instances wherein a new speaker started talking during an audibly incomplete turn of the current speaker, which most often involved overlap of speech.

Intrusive interruptions were significantly more likely to be made in the following ways:

Although physicians’ interruptions of patients have long been considered intrusive actions that should be avoided, these findings demonstrate that most of the interruptions that physicians make are actually not intrusive. The physicians mainly interrupted patients to express understanding and support, or to ask for clarification, thereby aligning with the patients’ ongoing narration and thus with the patient’s role as the primary speaker. These data support the hypothesis that physicians’ cooperative interruptions in the initial phase of the consultation may improve, rather than hinder, the quality of communication.

Physicians were less likely than patients to intrusively interrupt the other in the phase of problem presentation, which indicates that the physicians in this study acknowledged the control of the patient in this initial and critical phase.

On the other hand, in the phase of diagnosis or treatment plan discussion, physicians made almost as many intrusive interruptions as patients, which suggests more tension or time pressure, and a repeating exercise of authority in taking and keeping the conversational floor.

In summary, physicians’ and patients’ interruptions are often cooperative actions that may enhance the clinical interaction, and subsequently the physician–patient relationship. Especially in the phase of problem presentation, physicians’ interruptions to show agreement or to ask for clarification acknowledge the patient in their role as primary speaker, recognize the content of the patient’s story, and demonstrate engagement in the interaction.