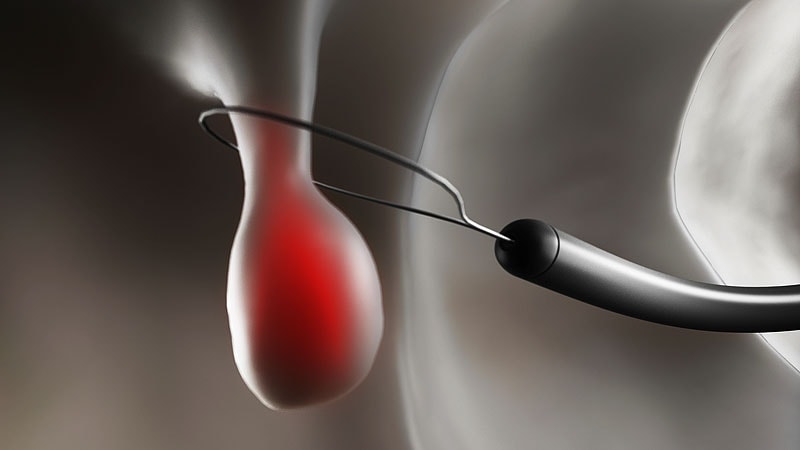 A higher rate of serrated polyp detection was associated with a reduced risk of postcolonoscopy colorectal cancer, based on data from nearly 20,000 patients and 142 endoscopists, according to a study published in Gastrointestinal Endoscopy.

“A unique challenge for endoscopists is that serrated polyps exhibit characteristics that can make them more difficult to detect than conventional adenomas. Thus, it is not surprising that several studies have demonstrated a wide variation in serrated polyp detection rates.” Even so, improved detection and resection of these polyps would likely improve CRC prevention, they noted.

The study population included 19,532 patients with follow-up events at least 6 months after an index colonoscopy. Of these, 128 cases of CRC were diagnosed at least 6 months after an index exam. CSSP was defined as any sessile serrated polyp, traditional serrated adenoma, or any large hyperplastic polyp (> 1 cm) or proximal hyperplastic polyp > 5 mm. The exams were performed by 142 endoscopists, 92 of whom were gastroenterologists. The 50 nongastroenterologists included general surgeons, colorectal surgeons, and family practitioners.

The primary outcome was PCCRC, defined as any CRC diagnosis 6 months or longer after an index exam. Clinically significant serrated polyp detection rate (CSSDR) was determined by dividing the total number of complete screening exams with adequate prep and at least one CSSP by the total number of complete exams with adequate prep. CSSDR was divided into tertiles of less than 3%, 3% up to 9%, and 9% or higher.

In adjusted analysis, higher detection rates were associated with lower CRC risk across all time periods.

The researchers also found higher CSSDR categories associated with lower PCCRC risk for exams by endoscopists with ADR rates of 25% or higher.

“It may be reasonable to question whether a separate serrated detection rate is needed in addition to ADR,” the researchers wrote in their discussion of the findings. “These data support our suggestion that endoscopists, even those with an ADR of 25% or higher, calculate their SDR at least once, a recommendation supported by a recent review of the American Gastroenterological Association,” they noted.

The study findings were limited by several factors, including the lack of information on specific endoscopic techniques, a lack of data on the molecular characteristics of the cancers, and potential residual confounding variables, the researchers noted.

However, the results were strengthened by the large number of participating endoscopists and by the longitudinal database that included detection rates for screening exams and detailed polyp pathology, they said. The results support the need for a serrated polyp detection rate benchmark to endure complete polyp detection and validate the use of CSSDR as a quality measure that adds to the knowledge of both colonoscopy quality and the role of the serrated pathway in colorectal cancer, they concluded.

The current study is an important addition to the knowledge of colorectal cancer risk, Atsushi Sakuraba, MD, PhD, associate professor of medicine at the University of Chicago, said in an interview.

“In addition to the conventional adenoma pathway, the serrated pathway has been recognized to account for a significant portion of colorectal cancer, but whether detection of serrated polyps [is] associated with reduction of CRC remains unknown,” he said.

Sakuraba said he was not surprised by the study findings. Given that the serrated pathway is now considered to account for approximately 10%-20% of all CRC cases, higher detection rates should result in lower risk of CRC, he noted.

The findings support the value of CSSDR in clinical practice, said Sakuraba. “The study has shown that a clinically significant serrated polyps detection rate of 3% was associated with lower postcolonoscopy CRC, so endoscopists should introduce this to their practice in addition to adenoma detection rates,” he said.

However, Sakuraba acknowledged the limitations of the current study and emphasized that it needs to be reproduced in other cohorts. Prospective studies might be helpful as well, he said.

The study received no outside funding. The researchers and Sakuraba had no financial conflicts to disclose.