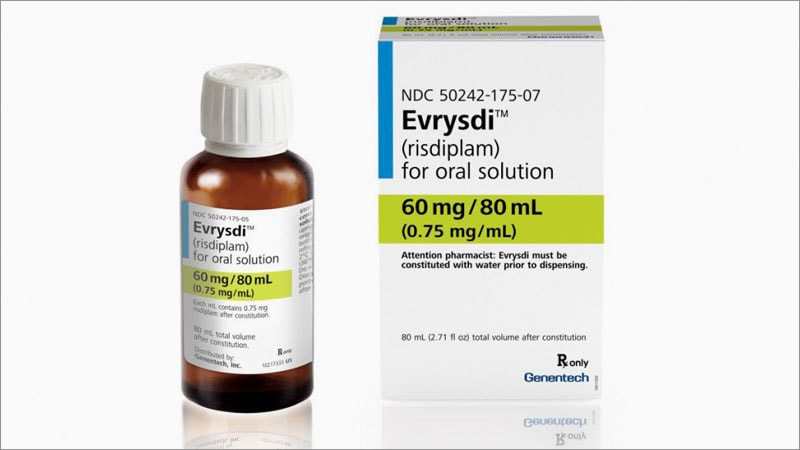 The US Food and Drug Administration (FDA) has approved a label extension for oral risdiplam (Evrysdi, Genentech) to include presymptomatic infants  younger than 2 months old with spinal muscular atrophy (SMA).

As reported by Medscape Medical News, the FDA first approved oral risdiplam for SMA in children older than age 2 years in 2020.

The FDA expanded the indication for risdiplam to include babies younger than 2 months old because of interim safety and efficacy data from the ongoing RAINBOWFISH study. It includes 25 babies from birth to 6 weeks of age at first dose, all of whom have genetically diagnosed SMA but are not yet presenting with symptoms.

After 12 months of risdiplam treatment, the majority of presymptomatic infants with SMA reached key motor milestones, Genentech said in a news release.

Of the six babies with two or three copies of the SMN2 gene, all were able to sit after 1 year of active treatment, roughly two thirds could stand, and half could walk independently.

All babies were alive at 12 months without permanent ventilation.

“The approval of Evrysdi for presymptomatic babies is particularly important, as early treatment of SMA, before symptoms start to arise, can help babies to achieve motor milestones,” Richard Finkel, MD, principal investigator of the trial, said in the release.

“With the inclusion of SMA in newborn screening programs, this approval provides the opportunity to start treating at home with Evrysdi soon after the diagnosis is confirmed,” added Finkel, who is director of the experimental neuroscience program, St. Jude Children’s Research Hospital, Memphis, Tennessee.

From Newborns to Older Adults?

SMA is a rare and often fatal genetic disease that causes muscle weakness and progressive loss of movement.

SMA, which affects about 1 in 10,000 babies, is caused by a mutation in the survival motor neuron 1 (SMN1 ) gene. The gene encodes the SMN protein, which is critical for the maintenance and function of motor neurons.

As part of the label extension, the prescribing information for risdiplam has also been updated to include 2-year pooled data from parts 1 and 2 of the FIREFISH study, which demonstrated long-term efficacy and safety in symptomatic infants with Type 1 SMA, the company noted.

“Because of its efficacy in multiple settings, Evrysdi is now available for people with SMA from presymptomatic newborns to older adults,” Levi Garraway, MD, PhD, chief medical officer and head of global product development at Genentech, said in the release.

“We are proud of this achievement, which has the potential to make a real difference to those living with SMA and their caregivers,” Garraway added.