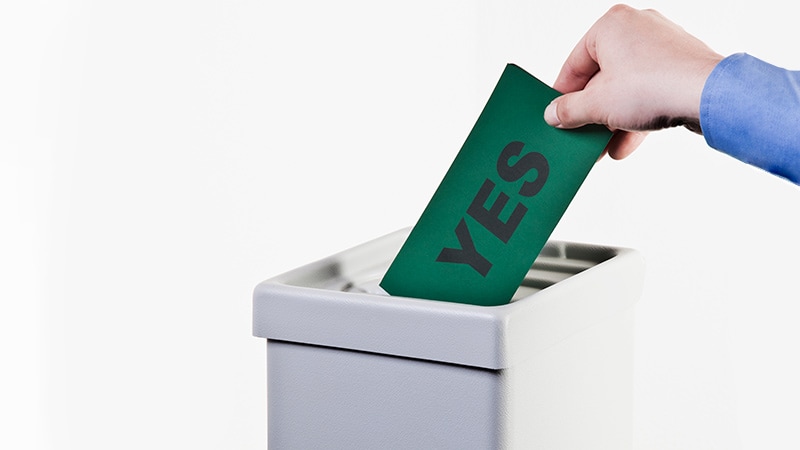 Federal advisers have unanimously called for randomized trials for a class of drugs used in the treatment of blood cancers, citing concerns about toxicities of these medicines.

The US Food and Drug Administration (FDA) called on advice from its Oncologic Drugs Advisory Committee (ODAC), which met yesterday to discuss the drugs that act as phosphatidylinositol 3-kinase (PI3K) inhibitors and are used for blood cancers.

Also discussed at the meeting was umbralisib (Ukoniq), which had been indicated for marginal zone and follicular lymphoma, and was awaiting FDA approval for CLL and SLL (to have been discussed at a meeting the following day). However, the manufacturer announced April 15 that it had voluntarily withdrawn the drug from the market and also voluntarily withdrew the approval application.

The FDA explained that it is considering ways to shift away from use of single-arm trials with PI3K inhibitors following disappointing results seen with this class of drugs in more advanced testing. While initial single-arm studies and randomized tests showed good results on progression-free survival (PFS), disturbing trends were seen on overall survival (OS) in more advanced trials.

“The consistent findings of decrements in overall survival in six randomized trials, in the setting of an advantage or potential advantage in PFS, is unprecedented in oncology,” the FDA staff said in its briefing document for the ODAC meeting.

“The overall survival information is early and represents a low number of events, yet we have the same pattern observed across multiple trials,” the FDA added. “Further, in each trial, there was a higher rate of death due to adverse events in the PI3K inhibitor arm, suggesting the potential detriment in overall survival may be due to toxicity.”

The FDA asked ODAC to vote on this question: “Given the observed toxicities with this class, previous randomized trials with a potential detriment in OS, and a narrow range between effective and toxic doses, should future approvals of PI3K inhibitors be supported by randomized data?”

The vote tally was 16-0 in favor of randomized data to support PI3K inhibitor approvals, with one abstention from panelist Anthony Sung, MD, of Duke University.

Sung said he felt uncomfortable with a shift toward expecting drugs in this class to be supported by randomized clinical data. But Sung said he agreed that the findings for the PI3K inhibitor drugs discussed at the meeting were “highly problematic” and randomization in testing may have helped.

The FDA already has publicly expressed clear concerns about the possibility that patients given PI3K inhibitor drugs for blood cancers might be more likely to die than those taking other medicines. The agency announced in February that it was investigating a potential increased risk of death with umbralisib; this is the drug that is no longer awaiting approval, after the manufacturer voluntarily withdrew the application.

In explaining his vote in favor of randomized trials for PI3K inhibitors, FDA panelist Jorge Garcia, MD, of Case Western Reserve University School of Medicine, Cleveland, Ohio, who specializes in solid tumors, outlined the challenge this class of drugs presents to hematologists.

It could be “quite difficult to tell a patient, ‘I have an agent that could reduce your tumor volume, possibly delay your progression, but at the price of significant toxicities, and by the way, it can also impact your mortality in a detrimental manner,’ ” Garcia said.

FDA panelist Gita Thanarajasingam, MD, of Mayo Clinic, Rochester, Minnesota, added the perspective of a physician who both cares for people with lymphoma and specializes in studying the side effects of treatment.

She said that PI3K drugs aren’t medicines that she initially prescribes early in treatment, but these are options she wants to have for patients as their illness progresses.

“No one is arguing that there’s not a clear efficacy signal or that development of this drug class should be halted and they shouldn’t be available to our patients,” Thanarajasingam said.

But the FDA needs to address troubling findings about the overall survival rates seen in this class of drugs, despite more positive results on measures of progression-free survival, she said.

“The benefit–risk assessment is still very crucial and it’s still ‘first do no harm’ for this precious population of patients” whose cancer already has progressed, Thanarajasingam added.

Concerns about this class of drugs have been building for several years.

In 2016, for example, Zydelig manufacturer Gilead sent a warning letter to clinicians about decreased overall survival and increased risk of serious infections seen in phase 3 studies comparing idelalisib to other drugs. Sepsis and pneumonia accounted for many of these adverse events.

Thursday’s ODAC meeting diverged from much of the committee’s work, which tends to focus on weighing benefits and risks of specific medicines, noted Nicole Gormley, MD, a senior FDA official. In this case, the agency asked its expert panel for feedback on how the agency should work with companies to advise them on study design.

Richard Pazdur, MD, the leader of the FDA’s cancer-drug review division, emphasized that the agency would remain flexible in terms of considering future applications, especially where early data appeared strong. The intent of the meeting was not to rule out use of single-arm trials. But given the results seen with PI3K drugs in blood cancers, he said that “most people agree” that randomized studies should have been done earlier.

FDA panelist Jorge Nieva, MD, of the University of Southern California in Los Angeles, said randomized data are “always ideal” to answer questions about the safety and efficacy of drugs. In the case of the four drugs under review at the meeting, there already are other medicines available that can be used in these patients, he said.

“So there is no unmet need where approval based on a single-arm study would have been sufficient. The current safety data justify raising the bar for new agents in the class to show that they are not causing long-term harm,” he said.

Kerry Dooley Young is a freelance journalist based in Miami Beach, Florida. She is the core topic leader on patient safety issues for the Association of Health Care Journalists. Follow her on Twitter at @kdooleyyoung.