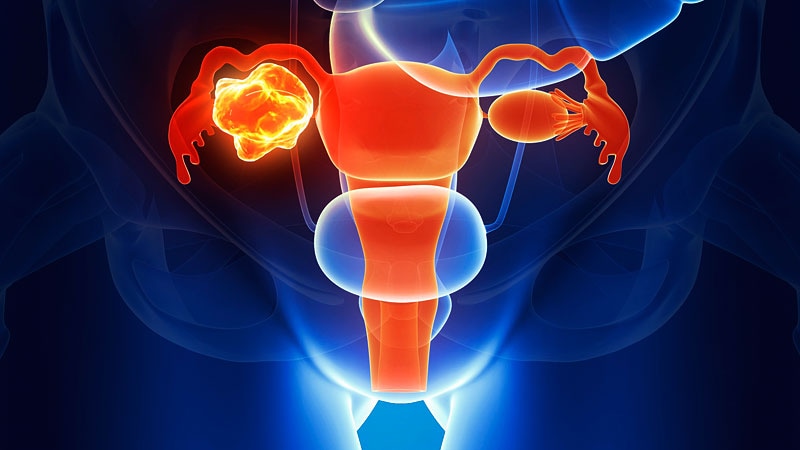 The US Food and Drug Administration (FDA) is moving to further restrict the use of certain PARP inhibitors in patients with ovarian cancer, citing recent data showing an increased risk for death with the agents versus chemotherapy.

These restrictions could mean bankruptcy for one company.

Now, the FDA has asked GlaxoSmithKline (GSK) and Clovis Oncology to restrict the second-line indications for their PARP inhibitors — niraparib (Zejula) for GSK and rucaparib (Rubraca) for Clovis.

The FDA’s requests are based on recent data showing an increased risk for death with the PARP inhibitors versus chemotherapy.

On November 11, GSK announced that, at the FDA’s request, it will limit the second-line maintenance indication for its PARP inhibitor niraparib to patients with deleterious or suspected deleterious germline BRCA mutations.

The company noted, however, that its first-line indication remains unchanged.

The FDA has also asked Clovis Oncology to restrict its PARP inhibitor rucaparib in the second-line maintenance therapy setting, according to a November 14 US Securities and Exchange Commission filing from the company. Rucaparib is currently not approved to treat ovarian cancer in the first-line setting.

According to the filing, the FDA met with Clovis Oncology to discuss the overall survival data from the ARIEL3 clinical trial, which formed the basis for the drug’s approval in the United States as second-line maintenance for adult patients with recurrent epithelial ovarian, fallopian tube, or primary peritoneal cancer who had a complete or partial response to platinum-based chemotherapy.

In September 2022, Clovis Oncology submitted the final overall survival data from the ARIEL3 trial to FDA. According to the company, among all populations analyzed, the confidence intervals for all hazard ratios crossed 1, “indicating no difference between the treatment arms.”

Based on the overall survival data, the FDA requested that Clovis “voluntarily revise the label to limit the indication of Rubraca in this second-line maintenance treatment” to only patients with BRCA mutations.

Clovis said it is “currently evaluating FDA’s request.” If an agreement can’t be reached, the FDA said it would convene an advisory committee to review the matter.

However, further restricting the indication for rucaparib could put the company’s future in jeopardy. In an earlier report, Clovis Oncology foreshadowed a “potential bankruptcy filing in the very near term” as “increasingly probable.”

The company explained that, because “a substantial portion” of the drug’s revenue is attributable to its second-line indication, limiting that indication “could result in a significant impact on our revenue.”

The report continued: “Based on our current cash and cash equivalents, together with current estimates for revenues to be generated by sales of Rubraca, we will not have sufficient liquidity to maintain our operations beyond January 2023.”

Sharon Worcester, MA, is an award-winning medical journalist based in Birmingham, Alabama, writing for Medscape, MDedge, and other affiliate sites. She currently covers oncology, but she has also written on a variety of other medical specialties and healthcare topics. She can be reached at sworcester@mdedge.com or on Twitter, @SW_MedReporter