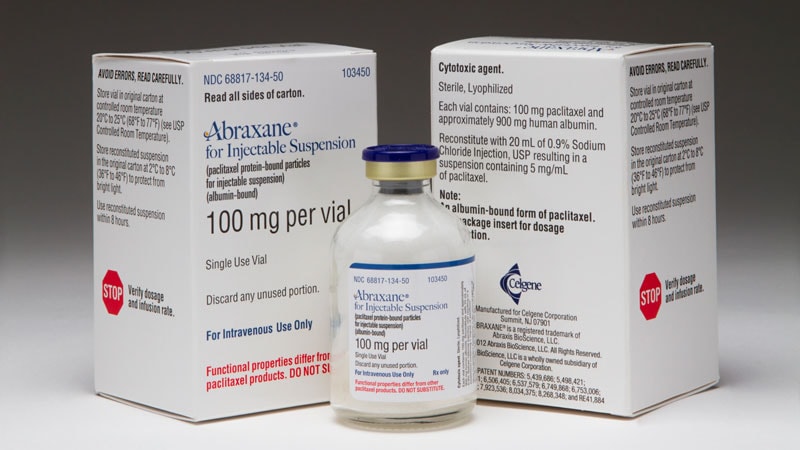 The US Food and Drug Administration (FDA) has sent a warning letter to Abraxis BioScience, which manufactures the chemotherapy drug Abraxane (paclitaxel), citing ongoing contamination hazards since 2021.

The warning letter, issued October 31, followed an FDA inspection conducted at the company’s Phoenix facility from March 28 to April 6 of this year. The inspection found “significant violations” of federal manufacturing standards, including “serious non-sterility risks” in aseptic process operations.

The letter also raised concerns about the potential for another shortage of Abraxane, an albumin-bound injectable approved for the treatment of advanced pancreatic cancer, advanced non-small cell lung cancer, and metastatic breast cancer.

Abraxis BioScience, a Bristol-Myers Squibb subsidiary, experienced manufacturing delays in late 2021 and early 2022, which led the company to put Abraxane on temporary allocation. The shortage forced physicians to find alternatives for a drug that had been lauded as a better-tolerated agent than other available therapies. According to an FDA notice, this shortage was resolved as of May 27.

When asked for comment on the warning letter, plans for remediation, and potential effects on Abraxane supply, a company spokesperson said Bristol-Myers Squibb is “confident in the safety and quality of the medicine” manufactured at the Phoenix site and is “committed to work in collaboration with the FDA to resolve this matter.”

The spokesperson noted that the company has “already completed the actions” outlined in response to the FDA’s Form 483, a form the FDA sends companies following an inspection.

Although the FDA acknowledged receiving a response to its Form 483 on April 27 and acknowledged “significant steps” taken to correct the problem, the agency said those efforts fell short.

“Your investigations into the following media fill failures were inadequate in that they lacked sufficient rigor in determining root causes and scope of impact after the media fills revealed serious non-sterility risks in your aseptic process operations,” the FDA wrote.

And, the FDA explained, the company released drug batches “potentially impacted by these failures” in December 2021.

“Because your methods, facilities, or controls for manufacturing, processing, packing, or holding do not conform to [Current Good Manufacturing Practice], your drug product is adulterated,” the letter stated.

The warning letter detailed the action and remediation required by Abraxis BioScience and gave the company 15 business days to respond in writing, highlighting actions taken “to address any violations and to prevent their recurrence” or to provide explanation for delays in doing so.

The FDA also recommended the Bristol-Myers Squibb subsidiary enlist a current Good Manufacturing Practices consultant and requested immediate reporting of any “action that is likely to lead to a disruption in the supply of drugs” to the Center for Drug Evaluation and Research drug shortages staff.

“Failure to promptly and adequately address this matter may result in regulatory or legal action without further notice including, without limitation, seizure, and injunction,” among other consequences, the letter said.

The Bristol-Myers Squibb spokesperson told Medscape Medical News that “we take the FDA’s observations regarding our Phoenix site seriously” and “have either addressed or begun addressing the actions outlined in the warning letter.”

Sharon Worcester, MA, is an award-winning medical journalist based in Birmingham, Alabama, writing for Medscape, MDedge, and other affiliate sites. She currently covers oncology, but she has also written on a variety of other medical specialties and healthcare topics. She can be reached at  sworcester@mdedge.com  or on Twitter:  @SW_MedReporter.