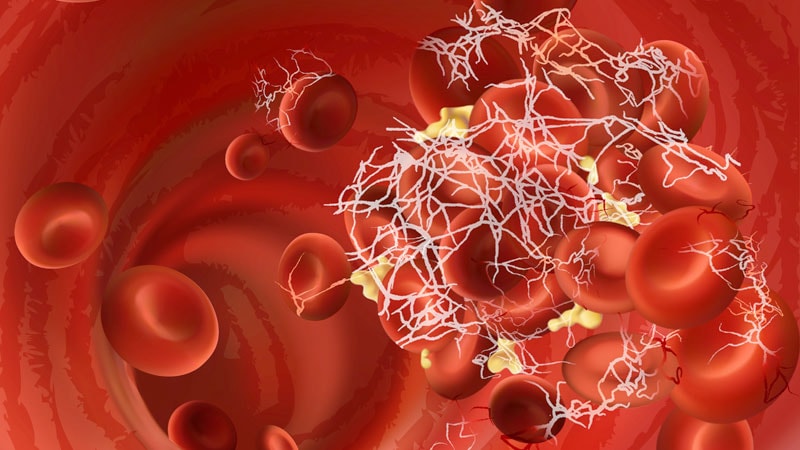 Patients with both diabetes and atrial fibrillation may derive greater benefits from non-vitamin K oral anticoagulants than from warfarin, suggests a new study.

The new research, which was published in Annals of Internal Medicine, found that taking non–vitamin K oral anticoagulants was associated with reduced diabetes complications and lower mortality vs. taking warfarin in the group examined.

In their paper, the researchers present the outcomes of a retrospective cohort study involving 30,209 patients with atrial fibrillation and diabetes. Of these, 19,909 were treated with non–vitamin K oral anticoagulants (NOACs) – dabigatran, rivaroxaban, apixaban, or edoxaban – and 10,300 were treated with warfarin.

Huei-Kai Huang from the Hualien (Taiwan) Tzu Chi Hospital and coauthors wrote that, while diabetes mellitus is an important risk factor for stroke, there’s not yet a good understanding of the effect of different oral anticoagulants on the risk for diabetes-related complications in patients with atrial fibrillation and diabetes.

“Recent evidence has suggested that NOAC and warfarin may have different effects on glycemic control through the vitamin K–related mechanisms,” coauthor Yu-Kang Tu, PhD, from the College of Public Health at the National Taiwan University in Taipei said in an interview. “It was therefore natural to further evaluate whether NOAC could help decrease various diabetes-related complications, compared with warfarin.”

Hazards With NOACS vs. Warfarin

The researchers found that patients treated with NOACs had a 16% lower hazard of macrovascular complications – a composite of coronary artery disease, stroke, and peripheral vascular disease (95% confidence interval, 0.78-0.91; P < .001) – and a 21% lower hazard of microvascular complications including dialysis and lower-extremity amputations (95% CI, 0.73-0.85; P < .001).

The study also found that patients on higher volumes of NOAC medication had greater reductions in mortality and diabetes complications.

“Although our main findings can be explained by the potential differences in underlying mechanisms of action between NOAC and warfarin, we were still surprised with the significantly lower risks of retinopathy, neuropathy, and hypoglycemia in patients taking NOAC with high medication possession ratio,” Tu said.

Commenting on the findings, Peter Rossing, head of complications research at the Steno Diabetes Center in Copenhagen said there has long been discussion about whether the newer and more expensive NOACs offer greater benefits to patient with diabetes – beyond stroke prevention – compared with the older and cheaper warfarin. As such, this study was important in providing more diabetes-specific outcomes data and in a large population.

“The effect size they find is certainly meaningful and relevant and should support decision-making,” Rossing noted in an interview. The finding of reduced risk of amputation and mortality “fits in line with theory that maybe if you block vitamin K, you get calcification, you get vascular damage that leads to failure of the kidney and leads to limb amputations, and that is potentially prevented or not developed when you give the NOACs.”

John Camm, professor of clinical cardiology at St George’s University of London, said the findings of the benefits of NOACs in this patient group ,were confirmation of earlier, smaller studies, and were important not just for patients with atrial fibrillation and diabetes, but also those prone to diabetes.

“We know from previous studies from the same database, and also from Korea, [for example], that patients who are treated with NOACs as opposed to warfarin develop less diabetes,” he explained.

Camm said many guidelines around the world now suggest NOACs, and, in some cases, even advise against using vitamin K antagonists as a first option, except in certain situations, such as when patients have rheumatic heart disease, mild to moderate mitral stenosis in rheumatic disease, or prosthetic heart valves.

The researchers applied two methods to account for covariates that may have influenced whether patients received one class of treatment or the other. These achieved ‘appropriate balance’ of baseline characteristics such as comorbidities and baseline medication use for diabetes and other conditions, Tu and colleagues wrote.

The benefits of NOACs were less evident in younger patients, and the reductions in mortality and diabetes complications associated with NOACs did not reach statistical significance in those aged under 65 years. Regarding this, Camm noted that there was a debate as to whether patients under 65 years with atrial fibrillation and diabetes should be put on an anticoagulant.

The study was funded by Hualien Tzu Chi Hospital. No conflicts of interest were declared.