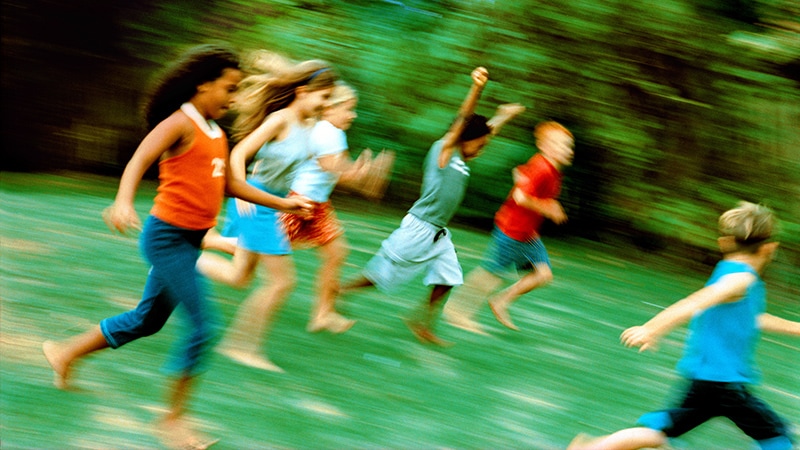 You know physical activity helps kids build strong muscles and bones, and lowers the risk of things like heart disease and diabetes later in life. Now researchers from Australia reveal another reason to encourage your child to move: It may help them stay mentally sharp for decades.

A new study followed 1,200 people for 30 years and revealed a link between childhood fitness and cognitive performance in middle age.

The study began in 1985, when participants (then children from 7 to 15 years old) were assessed for cardiorespiratory fitness, power, and endurance, and measured for waist-to-hip ratio. More than 30 years later, those with the highest fitness scores and lower waist-to-hip ratios as kids tended to score better in cognitive tests.

The results, published in the Journal of Science and Medicine in Sport, underline the importance of exercise not just for a healthy body but for a healthy brain. And to reap the full benefit, we may need to start as far back as early childhood.

Previous research has linked adult fitness with better cognitive performance and reduced risk of dementia later in life, though this study is the first to link childhood fitness to those outcomes.

That link remained even after controlling for factors like academic performance, socioeconomic status, smoking, and alcohol consumption, says Michele Callisaya, PhD, study co-author and associate professor from the National Centre for Healthy Ageing, at Peninsula Health and Monash University in Melbourne, Australia. Researchers from the University of Tasmania also collaborated on the study.

High fitness levels aid in the formation of new neurons, connections, and blood vessels in the brain, Callisaya says, which may explain the protective effect. What’s more, healthy behaviors may be more likely to stick if we start when we’re young, she says.

Children over 6 should get at least 60 minutes of moderate-to-vigorous activity every day, according to the U.S. physical activity guidelines. That’s in line with Australian guidelines as well, Callisaya notes.

“It’s important to remember this can be doing fun things like running around the park,” she says. “Making physical activity a positive experience and fun is important.” And be sure you get in there and run around with them: Setting a good example is a key preventative factor, she says.

And here’s another strategy: Try cutting back on screen time. A separate study from Denmark suggests this may be an effective way to get kids moving more. In fact, kids whose screen time was limited to 3 hours a week had an average of 45 minutes more daily physical activity than those not given a limit.

Surprisingly, screen limits had no impact on the physical activity of parents who also participated in the study, the researchers noted – maybe because children are more spontaneous in their physical activity compared to adults.

If you think about it that way, persuading children to be more active simply means encouraging kids to be kids.

Journal of Science and Medicine in Sport. (2022). Longitudinal associations of childhood fitness and obesity profiles with midlife cognitive function: an Australian cohort study.

JAMA Pediatrics. (2022). Effects of Limiting Recreational Screen Media Use on Physical Activity and Sleep in Families With Children.