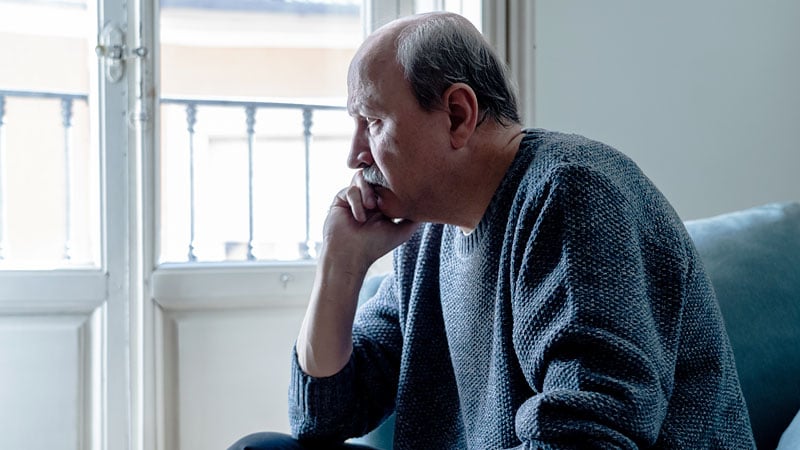 Dennis Wallace’s journey through his treatment of a little-discussed male disorder started 5 years ago with a “Hmm” moment, followed by little discussion.

“I just started to notice a bend in my penis when it was erect,” says Wallace. He showed his wife, Lisa, who replied, “It looks fine to me. Put it away.” He did, in body and in mind. “I really didn’t think about it too much.”

While men have no reason to expect a ruler-straight erection, Wallace’s bend quickly sharpened to 45 degrees about 2 inches from the head. He soon became unable to have sex. Plaque that had formed on the top side of his penis was responsible for the curve.

Overall, it was shorter when erect.

A clinician recommended a $1,200 tube of medication that might break down the plaque. He was urged to bend his penis against the curve. “You may hear a very loud crack,” Wallace remembers his doctor saying. “I said, ‘Oh my God, really?'”

Wallace, a 60-year-old IT worker in Dubuque, IA, got few decent treatment options but did receive a diagnosis: Peyronie’s disease. The connective tissue disorder leads to the formation of scar tissue on the penis’s tunica albuginea, a blood-containing tube that expands during an erection. The scar tissue is believed to be the result of mild or major traumas to the organ during sexual or athletic activity.

Amy Pearlman, MD, an assistant professor of urology at the University of Iowa, and the doctor who finally set Wallace on a proper course of treatment, compares the penis to a prizefighter who’s been “in a boxing ring for many years. Nobody gets in a boxing ring without getting out with scars.” And scar tissue doesn’t stretch.

The incidence of Peyronie’s varies, in part because men are too embarrassed to discuss the problem. Pearlman says the rate ranges between 0.5% and 20% of men. Wayne J.G. Hellstrom, MD, a professor of urology at Tulane University School of Medicine in New Orleans, puts it at 4%.

Often the condition is painful. Men who have Peyronie’s tend to be in middle age and have other conditions, including diabetes and erectile dysfunction – or both, in Wallace’s case.

Surgery, including a penile implant, has been a treatment option, as have stretching exercises and spring-loaded traction devices that bend the penis in the opposite direction of the curve.

Wallace dismissed the surgery option. “The first words out of my mouth was, ‘Nobody is taking a knife to it down there,'” he says.

The first FDA-approved nonsurgical treatment for Peyronie’s, an injectable drug called Xiaflex, arrived in 2013. Xiaflex has become a go-to option for treating Peyronie’s in men whose penis bends 30 degrees or more.

Hellstrom, who helped develop Xiaflex, says studies have shown that 70% of men who receive the four-course treatment see improvement. Early studies found a 34% improvement – about 17 degrees – in penile curvature. For Pearlman, a goal is “not to be afraid of getting an erection.”

Endo Pharmaceuticals, which markets Xiaflex, launched an ad campaign last fall that aimed to get the discussion of Peyronie’s going again. NFL viewers, a bull’s-eye demographic target, got their first glimpse of the company’s “bent carrot” commercial urging those who have the condition to “talk to a urologist about what your manhood could look like.”

Snickering ensued in some corners, with some critics saying they didn’t want to see such an ad during the dinner hour. Justin Mattice, Endo’s vice president and general manager of medical therapeutics, says the commercial was a light way of tackling a serious subject.

Endo “spoke to the men who are suffering from the condition, but did it in a way that would clear network TV,” he says. “Bottom line is, it works.”

Peyronie’s is “a very distressing condition for people,” Pearlman says. “No father is telling his son about curvature.”

Before he received Xiaflex, Wallace says, he was “feeling kind of really bummed out. I thought there was going to be no solution to this. It’s kind of damaging to your mental health.”

Wallace says the treatment – which insurance covered for him – was uncomfortable but not painful, although many patients do have pain.

“The next 3 or 4 days, your penis looks like an eggplant,” he says. “It’s completely black and blue and swollen.”

His curvature went from 45 degrees to a far more manageable 20 degrees. He still uses a penis pump and takes pills for erectile dysfunction, but he says, “I feel like I’ve got the libido of a 20-year-old again.”

Man With a Mission

Wallace has become an evangelist for treating Peyronie’s, often through Facebook. At one point, he was in contact with three men, two of whom were contemplating suicide. “That ripped me apart,” he says.

Often a big obstacle is men who don’t want to discuss their problem.

“It’s very difficult to talk about, and men aren’t good overall advocates for their health,” Mattice says. “The partner in a relationship is clearly a driver in saying, ‘Things aren’t right.'” But “once they sort of go through that gauntlet, they’re almost relieved at how simple the treatment was.”

Hellstrom says he has seen more patients as a result of the “bent carrot” commercial. “It’s extremely effective,” he says. “There’s no reason to send patients home and wait and worry for that year. They should initiate treatment immediately.”

Xiaflex isn’t available everywhere, so the treatment isn’t so simple. Allison Jenner of England described her husband’s bout with erectile dysfunction, and especially Peyronie’s, as grueling.

“The sexual contact became less and less, and he became more angry, then gradually the anger gave way to depression,” she says. “We drifted apart and lived like strangers. It was just like living with a roommate, not a husband.”

Jenner’s husband was successfully treated with a penis pump, the drug Cialis, and a constriction ring. Their sex life has improved, but “he has never discussed it with anyone.” Jenner has found people like Wallace to be extremely helpful in getting men to open up.

“Maybe it was just time to give back,” Wallace says.