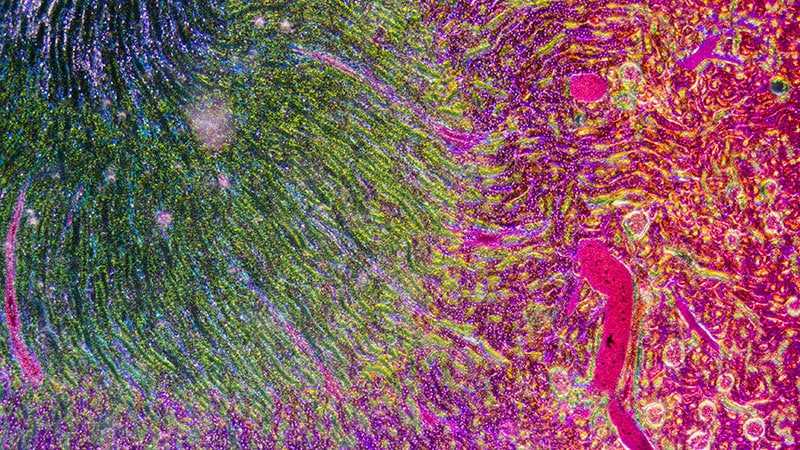 A kidney researcher and former dean of a medical school has now had six papers retracted and one marked with an expression of concern in a little more than a year.

The latest retraction for Joseph I. Shapiro, of a 2015 paper in Science Advances, comes two years after PubPeer commenters began posting about potentially duplicated images in the article, and one year after the authors corrected two of its figures.

Shapiro, the corresponding author on the article, stepped down as dean of the Joan C. Edwards School of Medicine at Marshall University in Huntington, W. Va., on June 30th of this year, but remains a tenured professor at the institution. Neither he nor Komal Sodhi, the first author on the article and also of Marshall, have responded to our request for comment.

Shapiro’s sixth retraction is for “pNaKtide inhibits Na/K-ATPase reactive oxygen species amplification and attenuates adipogenesis,” which has been cited 65 times, according to Clarivate’s Web of Science.

In a retraction notice published October 19, the journal editors said they were pulling the paper without the agreement of the authors:

After publication of DOI: 10.1126/sciadv.1500781 (pNaKtide inhibits Na/K-ATPase reactive oxygen species amplification and attenuates adipogenesis), concerns were raised by readers about several of the figures in the paper. In response in 2020, two of the figures (5C and S3) were acknowledged by the authors to be incorrect and corrections were presented by the authors to Science Advances. In 2022, in response to continued criticism of figures in the paper, the authors acknowledged errors in Figure 4. The editors have further unresolved concerns about other figures.

The editors have lost confidence in the integrity of the data presentation in this paper. As a consequence, the editors of Science Advances have decided to retract this paper. Drs. Shapiro and Abraham and Sodhi have not agreed with the retraction. The other authors were non-responsive.

In response to questions from Retraction Watch, a spokesperson for the editorial team of Science Advances clarified that the reader concerns about figures in the paper the notice mentioned include commenters on PubPeer.

Beginning in September of 2020, an anonymous commenter pointed out apparent similarities in three of the paper’s figures.

Shapiro responded that he would ask the first author to look into the data used for the paper, but he disputed some of the observations:

It does look like a loading control may have inadvertently been missssigned. We will double check. Not sure I agree about the MEST and F AS blots.

I will ask the first author. Dr. Sodhi, to organize all the blots used for this paper. I expect that we will still have all the computer images of the experimental and loading blots.

That same month, after another commenter chimed in, Sodhi responded, acknowledging an issue with one blot that she said the authors would correct with the journal:

​​Thank you for pointing out these discrepancies. We would like to bring it to your notice that:

The MEST and FAS experimental blots are not identical as shown in the attached figures. Although visually the blots may seem similar, careful examination of uncropped, unedited blots shows several differences.

Still in September of 2020, another commenter noted “overlap” in an additional figure, to which Sodhi responded:

Thank you so much for posting out this mistake. We will find the raw files and will fix this issue. Thanks again.

The comments about similarities in more images kept coming, including one from Elisabeth Bik last April, but Sodhi and Shapiro stopped responding.

In April of last year, Science Advances published a correction of two figures in the paper called out on PubPeer:

The authors corrected Figure 5C, which contained an incorrect blot for the actin loading control for the representative blot of adiponectin, and Supplementary Figure 3A where one of the representative images (control) was inadvertently taken from the Fr+pNaKtide group.

When we asked Science Advances why the journal published a correction for two of the images when more had already been questioned on PubPeer, the editorial team told us:

The authors brought concerns about those two figures directly to Science Advances, and we then decided to publish corrections in response in 2021. In July of 2022, we received a message via email from PubPeer regarding additional concerns, which prompted us to ask the authors to review all criticisms on PubPeer. We are not aware of any communications to Science Advances from PubPeer prior to 2022 about this paper.

The editorial team also told us that the authors had requested an additional correction earlier this year, but the journal found another problematic figure:

In 2022, the authors brought forward errors in a third figure (in response to Science Advances’ request to review all the criticisms in PubPeer) and proposed a correction. Analysis at Science Advances in 2022 revealed serious concerns about a fourth figure in the paper.

Hence, the retraction notice’s statement that

The editors have lost confidence in the integrity of the data presentation in this paper.

Since our story about Shapiro’s first five retractions, he has also received an expression of concern for 2020 paper in the Journal of the American Society of Nephrology, “Central Role for Adipocyte Na,K-ATPase Oxidant Amplification Loop in the Pathogenesis of Experimental Uremic Cardiomyopathy.“

The notice stated that since the article relied heavily on three of the group’s papers that had been retracted from Scientific Reports, “the validity of the model and some of the assumptions” in the study were questionable:

Regarding the above article, the editors of the Journal of the American Society of Nephrology (JASN) are issuing an “Expression of Concern”. Through image evaluation tools, following receipt of an anonymous e-mail from a reader, potential image manipulation was detected in Supplemental Figure 8. Additionally, the fundamental validity of this study is uncertain, given several recently retracted articles authored by the same author group were cited as providing critical background information for the studies reported in the above referenced JASN article.

The specific concerns are as follows:

1. Supplemental Figure 8, added in the first revision of the paper to address central criticisms of two reviewers, has possible evidence of image manipulation, with probable duplication of bands. The experiment depicted in these studies is considered a critical piece of evidence for the overall validity of the studies. The image manipulation is quite extensive, not just cosmetic, and would be difficult to justify.

2. The manuscript cites and relies heavily on foundational scientific work in publications that have been retracted. The studies in question were retracted by highly reputable journals, largely based on substantial evidence of image manipulation. The referenced manuscripts are citations 2, 21, and 31. Additionally, image duplication from reference 1, Figure 1A, appeared in a (now) retracted paper from the author group (PMID: 34576342). The retraction of these studies calls into question the validity of the model and some of the assumptions made in this report.