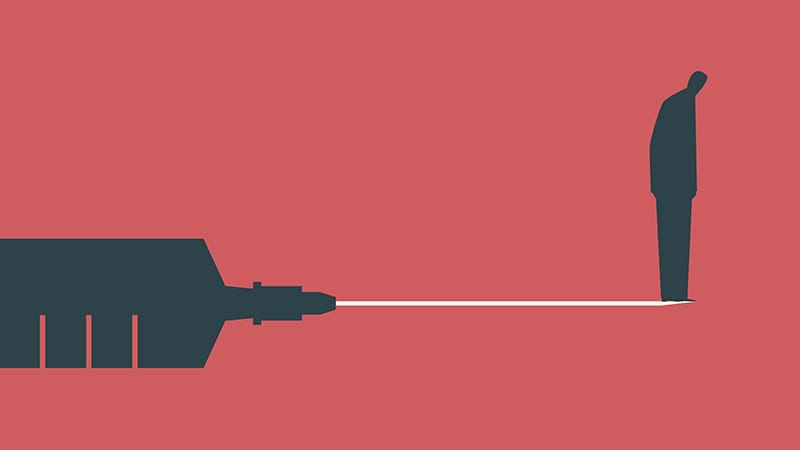 Against the backdrop of ongoing legislation regarding assisted suicide, the German Society of Hematology and Medical Oncology (DGHO) is asking that emotions be removed from the debate. Currently, three bills on assisted suicide are pending. In June, the German Bundestag discussed them in a first reading.

The DGHO believes that the discussion lacks “appropriate nuances.” Data from a recently published survey among oncologists may change this.

Only a Few Oncologists Have Performed an Assisted Suicide to Date

The situations in which the question of euthanasia comes up are complicated and difficult to understand. They also vary significantly from individual to individual, depending on circumstance, perspective, and disease, the DGHO points out.

Of the 745 oncologists who responded to the survey, only 22 had performed assisted suicide. There is clearly a great need for cancer patients to be informed about the possibility of suicide. Information about the suicide process had been requested at least once by patients from 57.5% of the oncologists surveyed.

In approximately 75% of cases, it was primarily patients receiving palliative care for whom there were no therapeutic options who asked for a prescription for suicide medication. Still, for the 220 physicians who responded, in 50% of cases involving requests for a prescription, patients had found themselves in a critical situation during treatment, and in 30% of cases, patients could still benefit from palliative care.

“Even if assisted suicide is only seriously considered by a few people, we assume that physicians in hematology and oncology will be confronted with such inquiries more commonly in the future,” said Prof Jan Schildmann, MD, PhD, author of the survey and director of the Institute for the History and Ethics of Medicine at the Medical Faculty of the Martin Luther University of Halle-Wittenberg.

However, those surveyed would only consider assisting suicide if the patient concerned had chosen this freely, almost 85% of 359 respondents clarified, and many similarly see uncontrollable suffering as a prerequisite.

Free Responsibility as a Sticking Point

The overwhelming majority of the surveyed oncologists believe that a consultation with the individuals wishing to die should be performed exclusively (around 35% of 710 respondents) or optionally (around 45%) by physicians.

“There are therefore good reasons not to exclude physicians from consulting the individuals wishing to die,” said Schildmann.

“From an ethical perspective, free responsibility is particularly important,” Schildmann told Medscape Medical News. “For example, a decision must be made on handling confused people or those no longer capable of giving consent if they wish to die.” As a matter of principle, binding lists of criteria are needed, through which the use of free responsibility can be decided, remarked the ethicist.

“Currently, the consultation is performed in a wide variety of ways. Of course, a certain amount of variance can never be prevented entirely. However, we must ensure certain comparability of the criteria.”

In Search of Criteria for Assisted Suicide

According to DGHO board member Carsten-Oliver Schulz, MD, this requires particular care. He believes that consideration must be paid to “the extent to which the request for assisted suicide comes from a feeling of loneliness, for example.

“It is then our task as physicians to find possible solutions with the patient concerned that will help to improve the specific situation.”

Schildmann sees a legal issue with the criteria that would be used by the surveyed oncologists when considering assisting a suicide. More than 80% of 359 respondents saw uncontrollable suffering as an additional condition for assistance, besides free responsibility. “However, in their decision, the German Federal Constitutional Court does not consider intolerable suffering as a prerequisite for assisted suicide at all,” explained Schildmann. “Therefore, it could be difficult to find a physician to assist with suicide in the event of not-uncontrollable suffering.”

Schildmann also sees it as particularly important that almost 70% of 536 respondents appealed for research into assisted suicide. “The physicians clearly do not assume by this that we will legally regulate the matter and then believe, ‘It works,’ ” said Schildmann. “Instead, we must think about training and further education, as well as documentation and quality assurance. Only in this way will we have the opportunity in 5 years to evaluate the decision and potentially make any subsequent adjustments.”

This article was originally published on Medscape German edition.