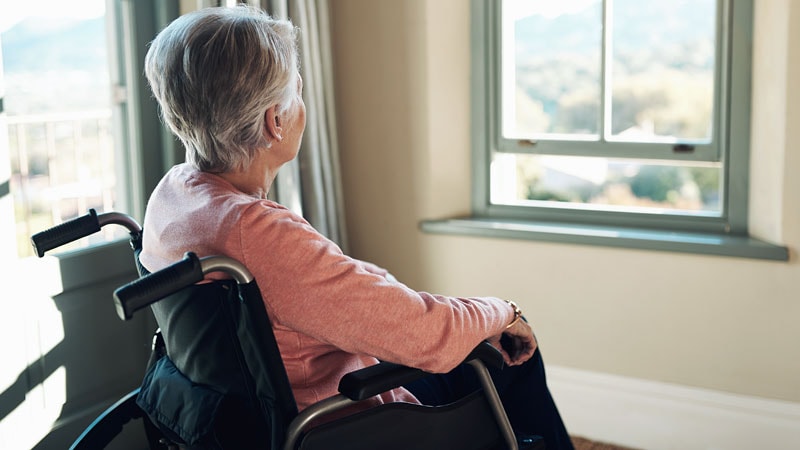 Neurofilament light chain (NfL) is a biomarker for both disease progression and treatment response in multiple sclerosis (MS), but the search continues for additional biomarkers to distinguish between disease activity and progression.

At a session of the annual meeting of the European Committee for Treatment and Research in Multiple Sclerosis (ECTRIMS), researchers presented evidence that serum glial fibrillary acid protein (GFAP) could be a useful complement to NfL in MS, although it is not ready for the clinic. Acceptance of NfL wasn’t universal, either.

Patients with MS follow wide-ranging disease courses, and disability arises due to two partially independent mechanisms, according to Stephanie Meier, who presented results suggests from a study of two cohorts. “Firstly, the acute disease activity leading to relapse associated worsening or RAW (relapse-associated worsening), and secondly the chronic deterioration of neurologic functions leading to progression independent of relapse activity,” said Meier, a PhD student at University of Basel, Switzerland.

GFAP and NfL May Be Complementary Biomarkers

NfL is a structural protein of neurons, while GFAP is a structure protein of astrocytes. NfL therefore reflects neuronal damage, while GFAP is an indicator of astrogliosis and astrocytic damage. GFAP has been shown to be increased in progressive MS and has been applied in traumatic brain injury and neuromyelitis optica spectrum disorder, according to Meier.

Her group examined data from two cohorts with “extreme” phenotypes. One cohort included 169 patients with stable MS and 184 with worsening disease progression but no sign of relapses. The other was a focal inflammation cohort that comprised paired samples from 66 patients: One sample from an active time point characterized by a relapse or at least one contrast-enhancing lesion (CEL) detected in the previous 30 days, and one remission sample when there was no relapse in the past year and no CEL in the previous 6 months.

The focal inflammation cohort demonstrated an association between raised NfL levels, with a 53% increase in predicted serum NfL during the active state after a multivariate analysis (P < .0001). GFAP values, on the other hand, were nearly identical.

“The use of biomarkers such as NfL and GFAP could be useful to understand the MS disease course by detecting disease activity that is not usually measurable with standard methods,” said Meier.

“We found that NfL was strongly associated with acute inflammation and prognosticated white matter volume loss, while GFAP has a potential as a prognostic biomarker for disease worsening, including progression independent of relapse activity, and baseline GFAP also prognosticated gray matter volume loss. From this we can conclude that serum GFAP is a promising biomarker reflecting progression in MS and it is complementary to NfL, as NfL is more strongly associated with acute inflammatory activity,” said Meier.

A Biomarker of Disease Progression

In another presentation, Mark Wessels, MD, PhD, discussed use of GFAP as a biomarker of disease progression among patients treated with natalizumab. He noted that heightened levels of GFAP are found in astrocytes in chronic MS lesions. Serum GFAP also has been linked to lesion load and clinical outcomes in relapsing-remitting MS.

“The overall aim of our study was to evaluate the value of serum GFAP to monitor disability progression and treatment response in a natalizumab-treated cohort in which disease activity is effectively suppressed, and we did this by investigating GFAP as biomarker for progression despite suppression of inflammation,” said Wessels, a neurologist at Amsterdam University Medical Center.

The researchers evaluated data from an observational cohort at their institution in Amsterdam. GFAP decreased significantly after 3 months of treatment in both groups, then stabilized, but there was no difference between the groups. GFAP correlated with ventricle fraction at all time points with the exception of the last follow-up. It also correlated with lesion volume. However, GFAP did not correlate with whole brain parenchyma volume over time. There was no difference in GFAP among treatment responders and nonresponders.

“We’ve been struggling with how to interpret this data. We did see that GFAP and inflammation appear to be associated with each other. What supports this interpretation is that the GFAP decreased significantly after starting high efficacy treatments, namely natalizumab. We also found some clues that GFAP and brain atrophy may have a relationship with each other. Our conclusions weren’t entirely conclusive, possibly due to our smaller cohort sizes, and the use of various MRI scans over the years. And then the question of today was whether GFAP should be implemented in the clinic. Unfortunately, we couldn’t find evidence for use of GFAP as a disease progression biomarker, but we did find some clues of its use as both monitoring lesion volume and monitoring brain atrophy, making it still an interesting biomarker,” said Wessels.

What Does It All Mean?

In the Q&A session following the talks, one audience member challenged some of the assumptions behind the use of NfL and GFAP. “We don’t really know what these proteins actually do, and what they truly measure,” he said. Another criticism voiced by the commenter was that the platforms used to measure high and low values may be inconsistent. Finally, there are questions about the underlying theory. “I think our simplistic model for thinking that these are all just measurements of damage is potentially something that we have to reassess … or the assumption that these measures have to correlate to brain atrophy, as if that’s a gold standard. We all know that brain atrophy has totally failed us in the clinic and been incapable of giving us anything that’s useful for monitoring our patients,” said the questioner.

Elias Sotirchos, MD, who presented on NfL values and brain atrophy MS patients, agreed that it’s important to compare values across platforms to ensure consistency. He also cited potential issues with reference populations, since there may be a variety of contributors to neurotoxicity based on behaviors such as smoking, drinking, or comorbidities. “The selection of the reference population is important to be a representative of the MS population in which we are trying to apply that measurement of that normative value,” said Sotirchos, assistant professor of neurology at Johns Hopkins Medicine, Baltimore.