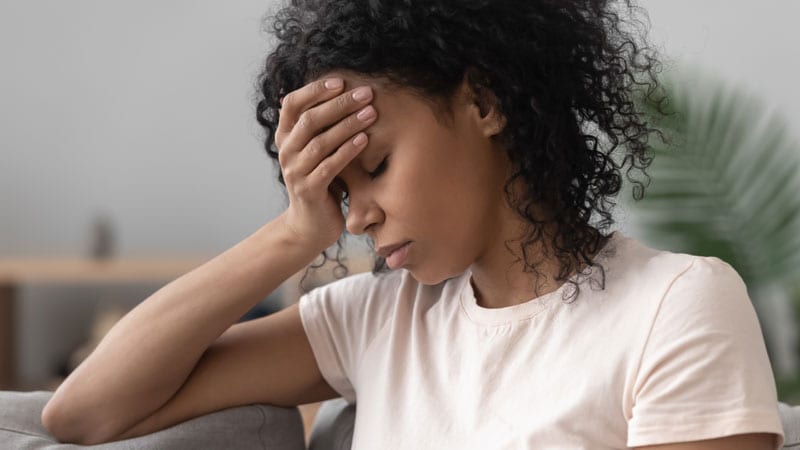 Hair cortisol concentration is a viable biomarker of chronic psychological stress, according to a multicenter study published in PLOS Global Public Health.

Stress is defined as the cognitive, emotional, and psychological reactions that result from an imbalance between demand and resources according to the perception of an individual. Cortisol is a hormone secreted by the adrenal cortex under the influence of several factors, among which the response to stress stands out. Its levels can be measured in blood, urine, and saliva. However, these measurements reflect levels only at the time the sample is taken, thus resulting in a biomarker of acute stress.

The average growth of hair is 1 centimeter per month, which allows the measurement of compounds to which it has been exposed over time. For decades, hair analysis has been used to monitor exposure to exogenous compounds, with an emphasis on detecting drug abuse. Recently, there is great interest in quantifying endogenous compounds such as cortisol.

The incorporation of cortisol into hair is believed to occur via its diffusion from the hair follicles to the medulla of the hair shaft during growth through a mechanism based on the steroidal structure and lipophilic nature of cortisol. This hormone is deposited in growing hair in proportion to the amount of circulating cortisol at any given point in time.

The purpose of the current study was to evaluate the association between perceived stress and hair cortisol concentration in two culturally and geographically different populations of women: those from Mexico and those from Iceland. Another purpose was to validate hair cortisol concentration as a potential biomarker of chronic psychological stress.

The investigators worked with two different populations: in Mexico with a cohort of Mexican teachers, which includes data from 115,314 women aged 25 or older from 12 geographically and economically diverse states of the republic. Within this group, between May 2016 and June 2017, randomly selected women from Mexico City and Monterrey were invited to participate in a study of stress and cardiovascular diseases.

For the Icelandic cohort, the investigators worked with data from a national study of stress and gene analysis (SAGA) that was launched in 2018, which included women between 18 and 69 years. They were residents of Iceland who attended, at the Cancer Detection Clinic in Reykjavík, a routine consultation between February and April 2014.

Andrés Catzin Kuhlmann, MD, assigned to the medical office of the Salvador Zubirán National Institute of Medical Sciences and Nutrition and one of the authors of this work, indicated that one of the greatest challenges was the generation of data from each cohort. It required not only a large number of participants, but also monitoring of the research group over several years. “The main challenge is maintaining what is involved in infrastructure, human resources, etc, to be able to study the cohorts. Population-based cohort studies are much more challenging because the study population is not naturally concentrated.”

All women aged 70 or younger who provided a hair sample at their clinic visit were enrolled in the study: Mexico with 1111 women and Iceland with 492. Pregnant women, those who did not complete the perceived stress scale (10 items) or did so incorrectly, and those with undetectable cortisol values were excluded. This left a total of 1279 women in the final sample: 881 from Mexico and 398 from Iceland.

All samples were taken from the posterior vertex with at least 3 centimeters of growth and were stored in aluminum foil. Cortisol and cortisone values were measured by liquid chromatography coupled with tandem mass spectrometry at the Dresden University of Technology, Dresden, Germany. Hair cortisol values were logarithmically transformed to normalize their distribution.

Stress was assessed using the Perceived Stress Scale (10 items), which focuses on the degree to which respondents find their lives unpredictable, uncontrollable, and overloaded. The Mexican participants answered in person during their clinical visit, while the Icelandic participants answered online. The demographic variables of both cohorts were also analyzed.

The Mexican women were on average younger and more prone to obesity than the Icelandic women, but less likely to smoke and consume alcohol.

A linear association was observed between perceived stress and cortisol concentration in hair when working with the data. When analyzing by country, the data from Mexico showed a plateau in the highest quartiles that was not observed in those from Iceland, where the relationship shows a clearer linear increase.

“Actually, the results were as expected,” said Catzin. “However, the main finding was interesting because it is something that had not been solidly proven, although theoretically it makes sense. We found a significant correlation between perceived stress in the past month and hair cortisol concentration in a 3-centimeter fragment that would reflect average cortisol levels over the past 3 months.”

In both variables measured, the absolute differences were minimal when compared between populations exposed to different sources of stress. They were not only cultural, but also due to the nature of the cohorts. The Mexican cohort was occupational, and the Icelandic cohort was patients with cancer, which reinforces the observed association.

On the next steps to be taken, Catzin commented, “We have a whole line of research in our cohort on the relationship between specific stressors and, for example, cardiovascular risk, measured in other ways, and we are interested in studying cortisol levels in hair as a marker of chronic biological stress in relation to exposures of all types, demographics, health, reproductive, medical, etc.”

Daniela Guzmán Sánchez, MD, a dermatologist specializing in hair and member of the Mexican Society of Trichology, who did not participate in this study, stated, “In my opinion, this is a very well-designed study with a large number of patients, which strengthens the correlation found and the potential of measuring cortisol in hair as a biomarker of stress. However, it highlights that this measurement is costly, so it is necessary to work on making it accessible. Thanks to these results, the use of the perceived stress questionnaire in clinical practice can be considered as an option. The scale they used is already validated in Mexico and even internationally, which could reduce costs, because measuring cortisol in hair and in blood is expensive.”

Catzin and Guzmán declared no relevant financial conflicts of interest.