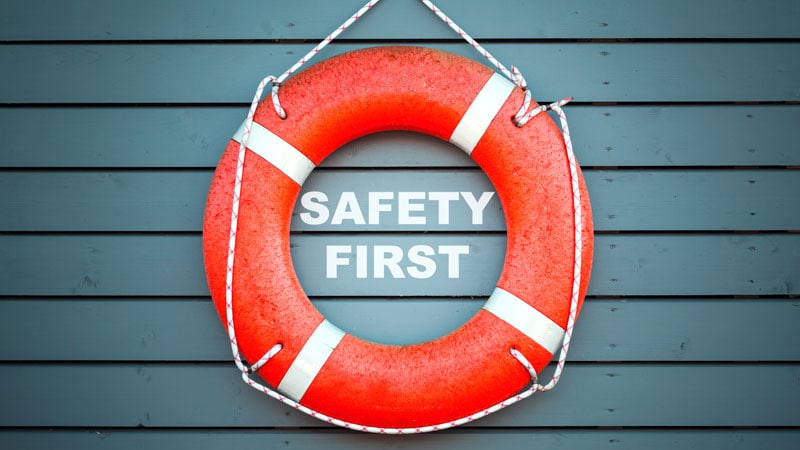 Six-year-old Grant Brown was not a strong swimmer. His mother told counselors that when she dropped him off on his first day at a North Carolina day camp. Carolynne Brown was assured the boy would be supervised.

The lifeguard, a collegiate swimmer, never got that info, according to local reporting. On that day in July 2013, she was the only certified guard for 30-some campers plus adults — as many as 60 swimmers in all — in the pool at the gated community’s athletic center. Her view was compromised as she had no elevated chair.

Two young sisters found Grant at the bottom of the outdoor pool. Video later showed the boy struggling for 2½ minutes. When his mother, exercising nearby, rushed to the scene, she saw CPR being tried on her son. Grant was blue.

She called her husband, Jeff Brown, PsyD, back home in Boston, where he’s a professor of psychology at Harvard Medical School and has a private practice. Remembering that call and Grant’s death in the hospital the next night, Brown doesn’t just express his own shock and grief.

“Drownings are traumatic for witnesses as well as parents,” he says. “Think of the poor kids who found my son.”

Brown created and funds Grant’s Guards, a program that trains and certifies foster-care teens as lifeguards through the Carolina Swims Foundation.

Swimming, or just splashing around, can be some of life’s great pleasures. But drownings are a persistent fact of American life, especially for young people. Drowning is the leading cause of unintentional death for children ages 1-4, with 425 such events in 2020, according to the CDC.

That year, 702 young people between 1 and 16 years old lost their lives in the water. Only car accidents were more lethal, and drowning killed six times as many children in that age group in 2020 than unintentional use of a firearm. (But only 39 children died from intentional drowning that year — either homicide or suicide — while nearly 1,500 children were intentionally killed with guns).

And “for every fatal drowning, another eight children suffer nonfatal drowning injuries,” says Sarah Chaires, president and founder of the Carolina Swim Foundation. (Here, “drowning” doesn’t mean dying, but rather impaired breathing due to immersion.) “And every single one of those drownings is preventable.”

It’s swim season, and a scorching one at that. Experts are concerned that young swimmers and lifeguards haven’t been in the water much due to COVID-19 and that the nation is having a lifeguard shortage. Here’s what parents need to know and do for an enjoyable safe-water summer.

The most obvious but also the most important: Keep your eyes on your child in the water at all times. Every instant. It only takes 18 seconds for someone to drown. So: No reading; no phones; no snack bar visits. Definitely no alcohol.

An appointed adult should always have eyes on. Go to http://poolsafety.gov/ for a free Water Watcher card on a lanyard. When you go off duty, you pass it to the next adult.

Stay vigilant whether there are lifeguards or not. Either way, your child being able to swim well is their best protection. Start your search for lessons at the local YMCA.

“Everyone should know CPR,” says Greg Donaldson, a professor of communications at John Jay College in New York City and a longtime lifeguard at New York’s Jones Beach. “It only takes a few hours, and you’ll know how to save a life.” Pay for caregivers to get trained as well. See http://redcross.org/ for classes near you.

“In blue pools, blue suits can be very hard to pick up,” says Chaires, reducing the chances of a swimmer in trouble being spotted. In lakes or ponds, black and other dark hues pose the same problem. Better? “Red, yellow, hot pink — even tiger print. Bathing caps should be bright as well.” (Bright orange life jackets are a must in all watercraft.)

Safety covers for drains in public pools were mandated in 2007 after a 6-year-old was killed by enormous suction pressure. Private pools should have them, too. Drain injuries are much rarer, but 85% of them result in serious injury and nearly 70% happen to young children.

“If the drain cover is convex or raised, it’s compliant,” says Alan Korn, executive director of the Abbey’s Hope Charitable Foundation (named in honor of that 6-year-old) and general counsel for the National Drowning Prevention Alliance. “If it’s flat or flush, it’s dangerous.”

Tell your children to avoid drains, tie up long hair, and not wear loose clothing that might get sucked in. No one should wear jewelry in a pool or spa, for the same reason.

Don’t Be Afraid to Question

When dropping your kid off at a public pool, look around, Korn says “Does it seem well-organized? If it doesn’t look right, it may not be right.”

Lifeguard positioning easily trumps sheer numbers or the ratio of guards to swimmers, according to Maria Bella, who has investigated more than 100 drownings for the expert witness firm Robson Forensic. “Of all the incidents when lifeguards were present, in 99.9% of them, the lifeguards were not properly positioned,” she says. Bella recommends asking pool operators if they deploy their guards based on stringent, real-world testing. For example: Have they checked whether glare on the water could obscure what’s beneath the surface in any of their lifeguards’ zones?

Other questions to ask:

Did the lifeguards get certified in the pool, or just online?

Is there a lifeguard manager on duty?

Likewise, if your child’s going swimming at a friend’s house, ask the parents what safety measures are in place, including who will be supervising.

How’s your swimming? Odds are, you could improve with some lessons. Even so, don’t try to rescue someone yourself unless no one better-qualified is there. If you go, “don’t go in the water alone,” says Donaldson. Meaning: “Take anything that floats — a boogie board, a Styrofoam cooler — or you may not be able to get both of you back to safety.”

Lock Up, Lock Down

If you own a pool or spa, make sure you have perimeter fencing with self-locking gates around all four sides. Don’t leave toys or other fun stuff in the water. As Brown points out, “most youngsters who drown in backyard pools aren’t wearing swim clothes; often they’re in pajamas.” They came to play.

“Beach lifeguards look for rips,” says Donaldson, “those streams of white water that funnel out from the shore. That’s where almost all rescues take place.” Look for and help your children avoid rip currents. If they — or you — do get caught in a rip, swimming laterally, parallel to the shore, is the way to escape.

And please, Donaldson adds: “Make sure you and your kids swim in front of a lifeguard. It sounds obvious, but …”

John Capouya, formerly the health and medicine editor of Newsweek magazine, is a freelance writer living in New York City.