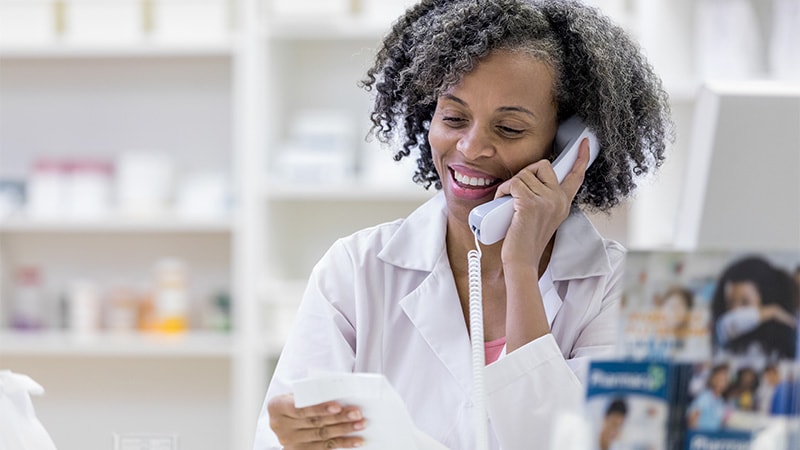 As a severe shortage drags on and prices soar, transplant centers have been struggling to cope with the paucity and price of fludarabine, a chemotherapy drug that has become an essential component of stem-cell transplants for some blood cancers.

At Oregon Health and Science University, for example, an extensive algorithm now offers guidance through a thicket of alternative options, from adjusting doses and using substitutes to delaying treatment. Meanwhile, some institutions have enlisted ethicists and attorneys to guide their decisions on which patients will have to wait for potentially life-saving treatment.

Even as surgeons turn to alternatives, advocates for transplantation in hematology have warned about the potential for harm.

“This continued fludarabine shortage is forcing centers to use non–[Food and Drug Administration] approved lymphodepleting regimens that may negatively impact the success of a possibly lifesaving CAR-T therapy,” Brenda Sandmaier, MD, president of the Transplantation and Cellular Therapy American Society, and Jeffery Auletta, MD, a senior vice president with the National Marrow Donor, said in a June 30 letter to the FDA. The physicians added that they “request the FDA to take immediate action on this critical shortage. Many centers currently have no ability to purchase fludarabine through their suppliers and have no estimated time frame for return of availability. Other centers are limited to mere weeks of supply, with continued uncertainty of future availability.”

In October, less than 4 months after that letter was sent, one of the manufacturers of fludarabine – Areva Pharmaceuticals – marked up the price of fludarabine to $2,736 per vial, 10-20 times that of two other makers of the drug.

In 2015, ASH Clinical News – a publication of the American Society of Hematology – invited a pair of hematologists to discuss whether fludarabine is “dead” as a front-line treatment for chronic lymphocytic leukemia (CLL). “Fludarabine is not dead yet, but the data from those and other long-term trials may be the final nail in its coffin,” said Mitchell Smith, MD, PhD, who was then with Cleveland Clinic and now works for George Washington University.

Seven years later, the role of fludarabine as a long-term chemotherapeutic agent in blood cancer has definitely evolved. Just as oncologists predicted back in 2015, “the use of fludarabine declined for the primary management of CLL and other B cell malignancies, due to the development of targeted therapies such as BTK inhibitors, venetoclax, and other agents,” Memorial Sloan Kettering hematologic oncologist Anthony Mato, MD, said in an interview.

But the drug “remains a critical agent for conditioning the immune system for cellular therapies such as allogeneic stem cell transplantation and CAR-T cells,” Mato said.

Nirav Shah, MD, a hematologic oncologist at the Medical College of Wisconsin, explained in an interview that “conditioning” in the stem-cell transplant context refers to “wiping out” the immune system, allowing the donor’s stem cells to avoid rejection. “It’s a commonly used drug,” he said, “and shortage was not really a concern that people faced until this year.”

As Shortage Continues, Price Hike Brings Yet Another Hit

The first reports of fludarabine being in short supply surfaced about a year ago. According to a Nov. 2 update from the American Society of Health-System Pharmacists, five companies now manufacture fludarabine, and all of them report shortages. Areva, which dramatically raised its price, is accepting direct orders. Leucadia and Teva don’t know when the drug will be available; and Fresenius Kabi and Sagent expect availability in early 2023.

Areva, Leucadia, and Teva didn’t provide reasons for their shortages. Fresenius Kabi blamed increased demand, and Sagent pointed to manufacturing delays. Pfizer, another manufacturer, had a tiny market share and stopped making fludarabine in 2020, according to the pharmacist society.

In a May 12 press release, a company called Lannett announced it would take over U.S. distribution of fludarabine for Areva and suggested that the supply shortage would be lucrative: “While total U.S. sales for the 12 months ended March 2022 of Fludarabine Phosphate for injection, USP, 50 mg/2mL were approximately $4.9 million, according to IQVIA, the current market value is believed to be higher due to the recent market disruptions.”

“We were all shocked and outraged when Areva came out with the new, dramatically higher prices,” Bill Greene, PharmD, chief pharmaceutical officer at St. Jude Children’s Research Hospital, said in a recent interview.

In a prior interview, conducted during the summer of 2022, Greene addressed the topic of hematologic drug shortages. Back then he noted that he was seeking emergency supplies of fludarabine, since all five manufacturers reported having no stock available.

Interviewed again in November 2022, Greene noted that the hospital “had been able to stay ahead of the need and meet the needs of our patients” through arrangements with Teva and Fresenius Kabi. “In cases of patient need, we certainly are willing to pay a higher product price if that’s what it takes to get it – assuming the product is a quality product.”

The Medical College of Wisconsin’s Shah said insurers may refuse to cover the higher price, sticking medical institutions with the bill.

Alternatives Abound, but Do They Suffice?

There is some good news on the fludarabine shortage front. Areva recently alerted providers that it was releasing fludarabine from non-FDA-approved suppliers with the agency’s permission, and Accord Healthcare said it received permission to sell fludarabine that was marketed in Canada.

Another option – oral fludarabine instead of the standard IV version – remains unavailable in the United States. According to the June letter to the FDA from the American Society for Transplantation and Cellular Therapy and National Marrow Donor Program, it “might be an appropriate alternative” and is available in Europe, Canada and Australia.

The letter warns that “transplant centers have also been forced to move away from fludarabine-based regimens and use alternative drugs such as cladribine or clofarabine, which are both significantly less studied and rely on single-center experience or limited phase II data. … The limited availability of fludarabine is leading to the use of alternative regimens that are known to be more toxic or understudied alternatives with unknown long-term clinical effects or harms to patients.”

In a November 2022 report published in Transplantation and Cellular Therapy, Shah and colleagues noted that institutions are adopting strategies such as “(1) pharmacy dose banding and rounding down to save vials, even if a >5% reduction was required; (2) administering all dosing of fludarabine based not on actual body weight but on adjusted body weight; and (3) switching the billing of fludarabine from single-dose vials to billing by dose delivery.”

If the shortage continues, “it becomes necessary for centers to establish algorithms for management now,” they wrote. “Substitution of such agents as bendamustine and cladribine can be considered … [and] another acceptable solution could be the substitution of clofarabine for fludarabine.”

Still, there are many unanswered questions. “The challenge is that these alternative regimens have not been extensively studied in a large population,” Shah said. “You have to be more mindful of potential side effects and risks, and the biggest concern is efficacy. Is changing the drug going to be detrimental to a patient’s outcome? To be honest, we don’t know the answer to that.”