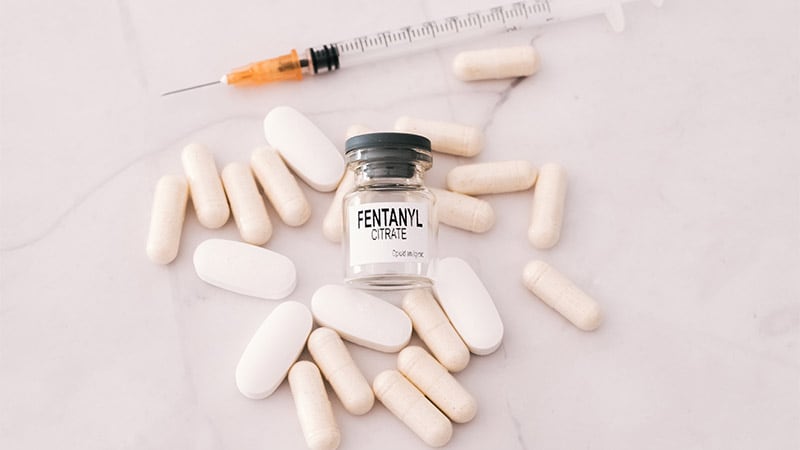 As fentanyl-related overdose deaths continue to increase, clinicians should take note of important differences that set the drug apart from the other drugs of misuse — and the troubling reality that fentanyl now contaminates most of them.

“It would be fair to tell patients, if you’re buying any illicit drugs — pills, powder, liquid, whatever it is, you’ve got to assume it’s either contaminated with or replaced by fentanyl,” said Edwin Salsitz, MD, an associate clinical professor at the Icahn School of Medicine at Mount Sinai, New York, during a presentation on the subject at the 21st Annual Psychopharmacology Update presented by Current Psychiatry and the American Academy of Clinical Psychiatrists.

In many if not most cases, he noted, patients become addicted to fentanyl unknowingly. They assume they are ingesting oxycodone, cocaine, or another drug, and have no realization that they are even exposed to fentanyl until they test positive for it — or overdose.

Meanwhile, the high potency of fentanyl can overcome the opioid blockade of addiction treatment therapies — methadone and buprenorphine — that take away the high that users get from less potent drugs such as heroin.

“Fentanyl is overcoming this blockade that methadone and buprenorphine used to provide,” Salsitz said. “With fentanyl having such a higher potency, patients are saying ‘no, I still feel the fentanyl effects,’ and they continue feeling it even with 200 milligrams of methadone or 24 milligrams of buprenorphine.”

Among the lesser-known dangers of fentanyl is the possibility that some overdose deaths may occur as the result of a syndrome previously reported as a rare complication following the medical use of fentanyl in critically ill patients — fentanyl-induced chest-wall rigidity, or “wooden chest syndrome,” Salsitz explained.

In such cases, the muscles of respiration become rigid and paralyzed, causing suffocation within a matter of minutes — too soon to benefit from the overdose rescue medication naloxone.

In one recent study published in Clinical Toxicology, nearly half of fentanyl overdose deaths were found to have occurred even before the body had a chance to produce norfentanyl, a metabolite of fentanyl that takes only about 2-3 minutes to appear in the system, suggesting the deaths occurred rapidly.

In the study of 48 fentanyl deaths, no appreciable concentrations of norfentanyl could be detected in 20 of the 48 overdose deaths (42%), and concentrations were less than 1 ng/mL in 25 cases (52%).

“The lack of any measurable norfentanyl in half of our cases suggests a very rapid death, consistent with acute chest rigidity,” the authors reported.

“In several cases fentanyl concentrations were strikingly high (22 ng/mL and 20 ng/mL) with no norfentanyl detected,” they said.

Salsitz noted that the syndrome is not well known among the addiction treatment community.

“With those cases, some may survive for an hour or longer, allowing time for someone to administer naloxone or to get the patient to the emergency room,” he said. “But with this, breathing stops and people can die within minutes.

“I think that this is one of the reasons that fentanyl deaths keep going up despite more and more naloxone availability out there,” he said.

In toxicology testing for fentanyl, clinicians should also note the important difference between fentanyl and other opioids — that fentanyl, because of its high lipophilicity, may be detected in urine toxicology testing up to 3 weeks after last use. This is much longer than the 2- to 4-day clearance observed with other opioids, possibly causing patients to continue to test positive for the drug weeks after cessation.

This effect was observed in one recent study of 12 opioid use disorder patients in a residential treatment program who had previously been exposed to daily fentanyl.

The study showed the mean amount of time of fentanyl clearance was 2 weeks, with a range of 4-26 days after last use.

The authors pointed out that the findings “might explain recent reports of difficulty in buprenorphine inductions for persons who use fentanyl, and point to a need to better understand the pharmacokinetics of fentanyl in the context of opioid withdrawal in persons who regularly use fentanyl.”

Though the study was small, Salsitz said “that’s not a stumbling block to the important finding that, with regular use of fentanyl, the drug may stay in the urine for a long time.”

Salsitz noted that similar observations have been made at his center, with clinicians logically assuming that patients were still somehow getting fentanyl.

“When we initially found this in patients, we thought that they were using on the unit, perhaps that they brought in the fentanyl, because otherwise how could it stay in the urine that long,” he noted. “But fentanyl appears to be more lipophilic and gets into the fat; it’s then excreted very slowly and then stays in the urine.”

Salsitz said most practitioners think of fentanyl as a short-acting drug, so “it’s important to realize that people may continue to test positive and it should be thought of as a long-acting opioid.”

Salsitz warned of another misconception in fentanyl testing — the common mistake of assuming that fentanyl should show up in a test for opiates — when in fact fentanyl is not, technically, an opiate.

“The word opiate only refers to morphine, codeine, heroin and sometimes hydrocodone,” he explained. “Other opioids are classified as semisynthetic, such as oxycodone, or synthetics, such as fentanyl and methadone, buprenorphine.”

“In order to detect the synthetics, you must have a separate strip for each one of those drugs. They will not show up positive on a screen for opiates,” he noted.

The belief that fentanyl and other synthetic and semisynthetic opioids will show positive on an opiate screen is a common misconception, he said. “The misunderstanding in toxicology interpretation is a problem for many practitioners, [but] it’s essential to understand because otherwise false assumptions about the patient will be considered.”

Another important testing misreading can occur with the antidepressant drug trazodone, which Salsitz cautioned may falsely test as positive for fentanyl on immunoassays.

“Trazodone is very commonly used in addiction treatment centers, but it can give a false positive on the fentanyl immunoassay and we’ve had a number of those cases,” he said.

Salsitz had no disclosures to report. The Psychopharmacology Update was sponsored by Medscape Live. Medscape Live and this news organization are owned by the same parent company.